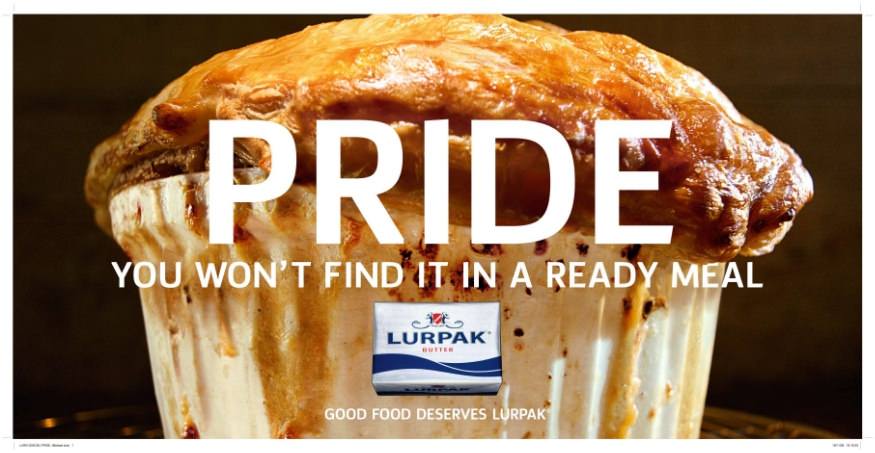 I have been asked many times to name the ingredient I cannot live without. The answer has always been the same: butter. Fat makes things taste good and we all know it. Crumpets oozing with butter that dribbles down your chin; a roast chicken smothered and crisped and dipped in the pan juices; a fresh hot paratha smeared generously with ghee. You get the idea.

I get approached a lot by people wanting me to help them promote things –  e-mails ping into the inbox with the opening line, “I think this may be of interest to your readers.” This one was different though. For a start they actually wanted me to go and cook something which, you know, I’m quite keen on doing and secondly, well, I really love butter don’t I. Would I come and make a pie for the new Lurpak ad campaign? Damn right I would.

And so I found myself at a studio in Shoreditch one sunny afternoon cooking up a chicken and fennel pie. There was also a home economist there who, thankfully, was very entertaining. I usually can’t stand sharing a kitchen with anyone. We made two pies, just to make sure that they could capture ‘the shot’. The idea was to make the pie look as ‘epic’ as possible. It had to be a beast – a tall, proud, epic beast. This was where the home economist came in, employed as she is to make food look ‘right’ for ads and mags and books etc. 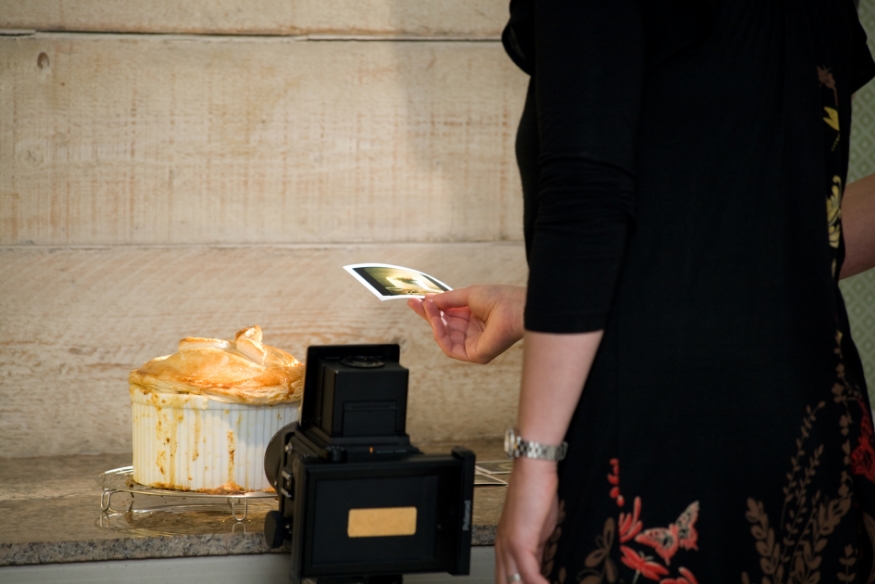 The result was a shiny domed beauty; a steaming, puffy, bubbling pot of meat and pastry. I wanted to eat it but of course, couldn’t. It was whisked away to be lit and snapped and lit and snapped again. It was a whole new world to me, this advertising business. The main thing I learned is that there is a huge amount of hanging around. All in all though, a fun day and an experience I’d definitely repeat. They also asked me to come in for a casting for the TV ad, but sadly I couldn’t make the date, being as I was on my way to Lisbon.

In the end, that perfect shot was achieved and it was time for me to go home and for Jeanne to start baking her cupcakes. The ad campaign is featured on billboards around the country – I’ve already seen it in Old Street and last night spotted one on my own turf in Peckham! It’s rather nice to see my little pie all big and out there on its own in the city, doing its best to encourage people to cook and use more butter. Now that’s a message I can really get behind.

The pastry is puff but I prefer shortcrust so here’s my recipe. Just use whichever you prefer.

Prepare the pastry by sieving the flour and salt into a large bowl. Cut the softened butter into cubes and add it to the bowl. Using a knife, start cutting the butter into the flour until it is fairly well mixed. You can now use your hands to start rubbing the butter into the flour – do this as lightly as possible. If you try to squidge the butter between your fingers too much the pastry will become tough. When it resembles fine crumbs, get some cold water (the colder the better) and add a tablespoon at a time, cutting it in with the knife each time, until it starts to come together. When it starts to form large lumps, use your hands to bring it together into a ball. It should leave the bowl clean. Rest in the fridge for 30 minutes.

Heat a splash of olive oil in a pan and add the bacon to it. Once the bacon is cooked add the leeks, garlic, fennel and onion (plus the wine if using) and cook on a very low heat with the lid on for around 15 minutes.

To assemble the pie divide the pastry into two portions – one portion should be two thirds of the total amount and this will be the base and sides of the pie. The remaining pastry will form the lid. Roll out the base pastry into a circle shape on a lightly floured surface. The shape will need to be larger than your dish as it needs to form the sides of the pie also. Carefully lower this into the dish. Roll out the lid and set aside.

Mix the chicken, fennel mixture, mustard (if using), parsley and bechamel together. Take care when adding the bechamel. Add a little at a time to get an idea of how much you will need. Season the mixture with salt and pepper then fill the pie and top with the lid. You want the lid to overlap the sides of the pie dish. Crimp it down to make sure it is sealed. Cut a cross in the top with a knife and brush with the beaten egg.

The other bloggers involved were Jeanne, who made these cupcakes and Mary-Rose, who made a roast chicken.

The photos above are used with the kind permission of Wieden and Kennedy and thanks to the whole team who were nothing but a pleasure to work with.