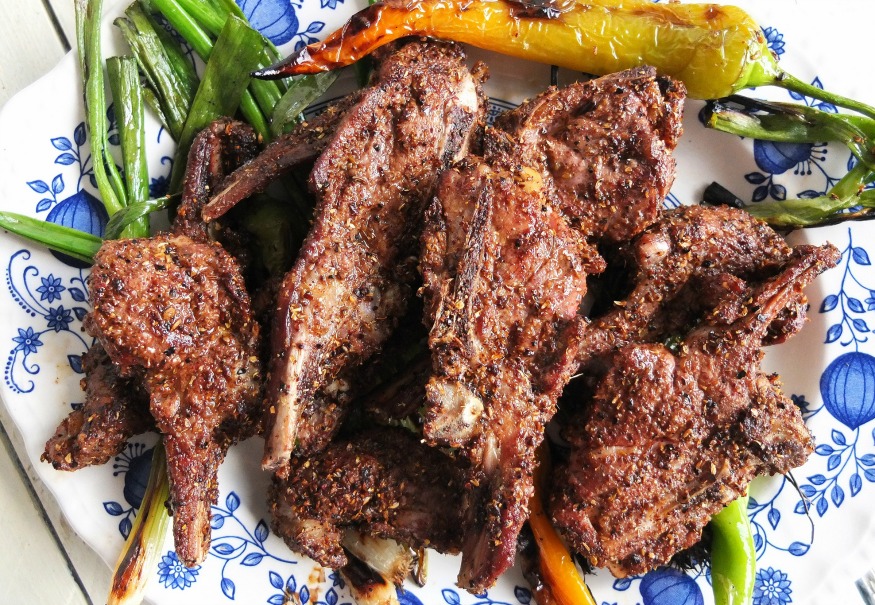 I wanted to call these ‘sexy chops’ but then realised that would make me sound like an idiot. They are, though, and they fall into the category of crusty, charred, heavily flavoured chops, which are clearly better than the soft, wobbly, rare kind, all trimmed up as a rack with silly hats on. Worse = ‘lollipops’ (urgh). Last time I ate a lollipop it was a gaudy pink marble that got stuck in my hair when the wind changed direction.

Anyway, it’s not cool to call foods ‘sexy’ just like it’s not cool anymore to bang on about how good the lamb chops are at London’s Pakistani restaurant Tayyabs, because it’s just something that everyone here knows. The reasons they’re so good are three: they’re bashed out very thin, they’re marinated in an intense paste, and they’re cooked hot and fast. So flame + heavy spicing = top chops. That was my model for this recipe. 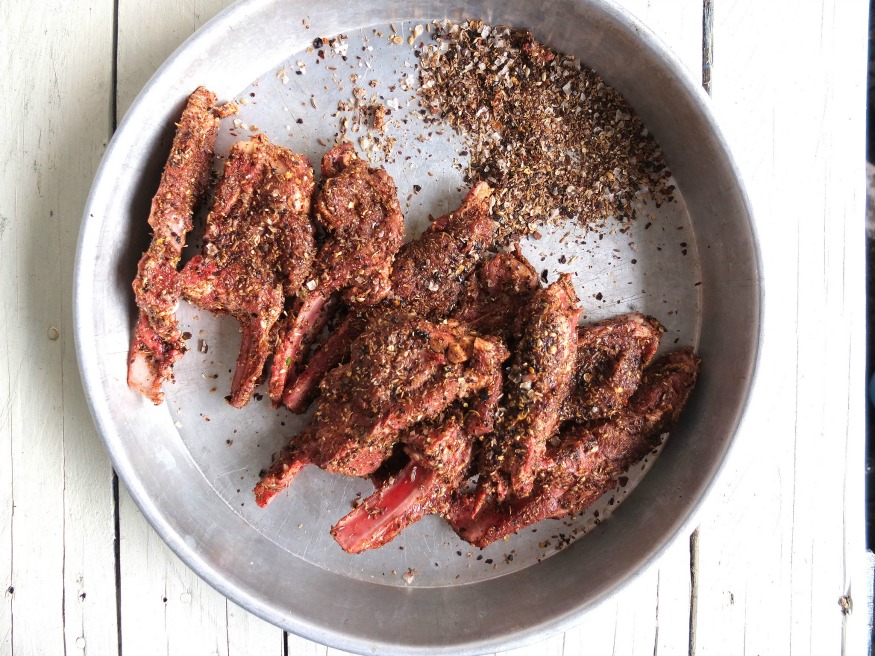 These are D’s speciality, really. He cooks them a lot and I mean like, once a week in the summer. The basic idea is that you get a load of spices, chuck them into a grinder then lube up the mixture with a sloosh of oil. It makes a sort of slurry which you can then slap about with the chops. The hot fat crisps up with the spices to make a coating that will have you sucking the bones clean, chucking them over your shoulder and reeling off lines from Game of Thrones.

Will the spices burn? No, they won’t because you’re going to bash the meat out nice and thin, then cook it offset on the BBQ. This means the chops cook but the spices don’t burn and the fat doesn’t drip onto the coals creating a massive fireball bucket in your garden. 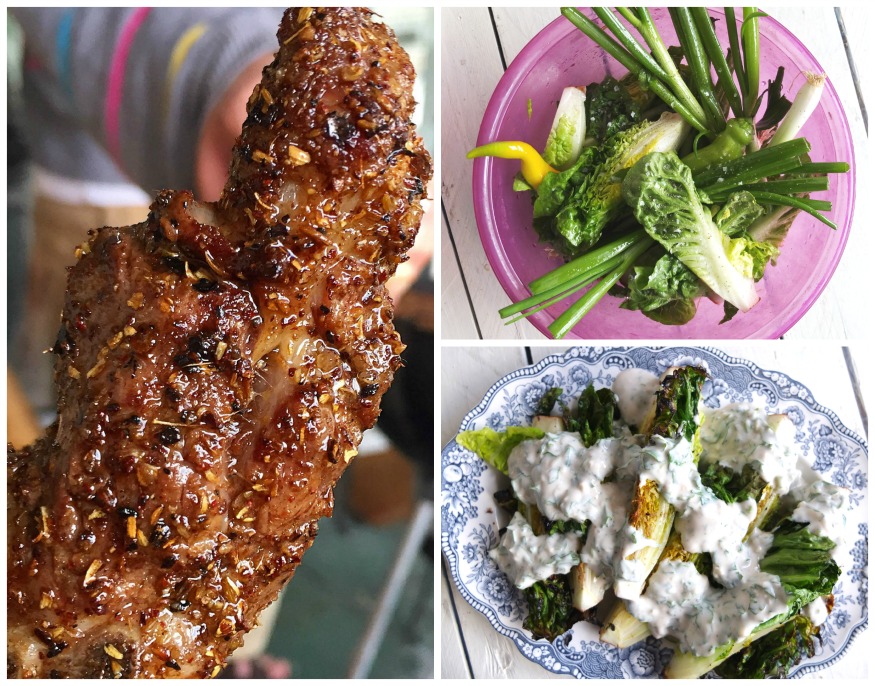 I also recommend making the garlic + pom molasses + yoghurt dressing with grilled lettuce as it’s killer with the chops. Sexy, even.

Grind the spices and mix in some salt. Slosh a bit of oil on the chops then rub the mixture all over them. Cook offset on the BBQ (e.g. the coals are on one side, the chops on the other). Done.

Mix all the ingredients apart from the lettuces. Season. Quarter the lettuces lengthways and rub with oil. Cook on the BBQ until lightly charred then dollop the dressing on top. Serve.