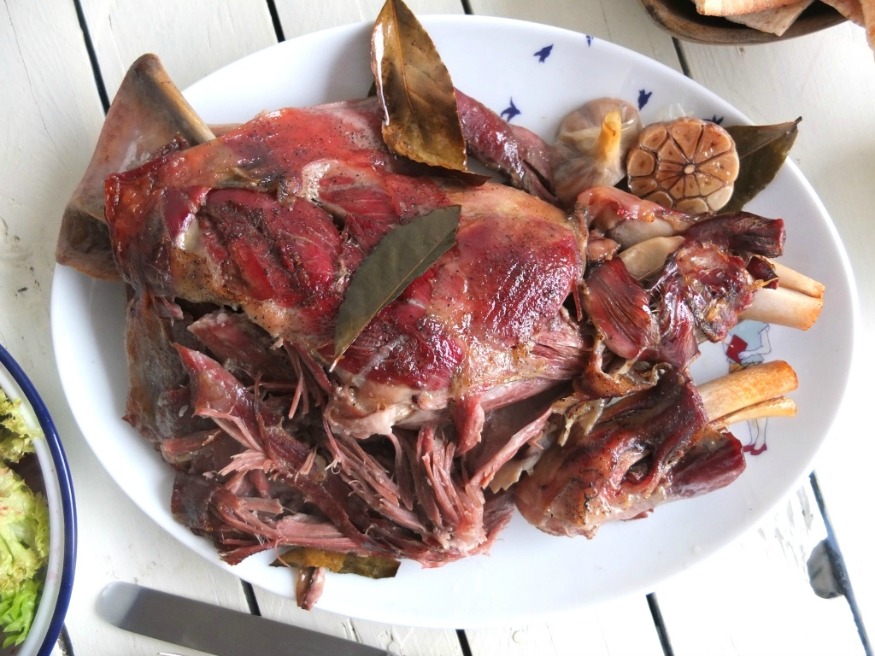 I sit here stroking my weary ribs, which have only just stopped jiggling after I read your comments on my food confessions post. It seems that we’re all secretly hoofing back corned beef and salad cream sandwiches, washed down with buckets of instant coffee (mainly to annoy people with beards, apparently). There’s a time and a place though, guys. Just been dumped? Grab the Cheesestrings. Hungover? Anything goes, frankly – the world is your pickled onion Monster Munch cheese toastie.

Sunday lunch though, that’s sacred turf. One cannot be messing around with Gregg’s steak slices and cheap Cheddar on the Official Day of Long, Slow Cooking.

Goat is now becoming more mainstream in the UK, not found only in Caribbean takeaways. It’s not that easy to get down here in Peckham or Brixton actually, with most places selling you mutton instead. In the past couple of years, we’ve seen dedicated suppliers like Cabrito become known, and Turner and George are selling goat from Tailored Goat Company (based in Cumbria), which is how I got hold of this shoulder.

It’s fantastic meat, with a flavour not unlike mutton (hence the substitution), but without that ‘slightly high’ kiff you often get with lamb. The best way to cook a shoulder is to braise it in liquid for around 4 hours (I once tried to cook it entirely on the BBQ – total cock up, it’s too lean), after which time you’ll have meat tender enough to pull apart. 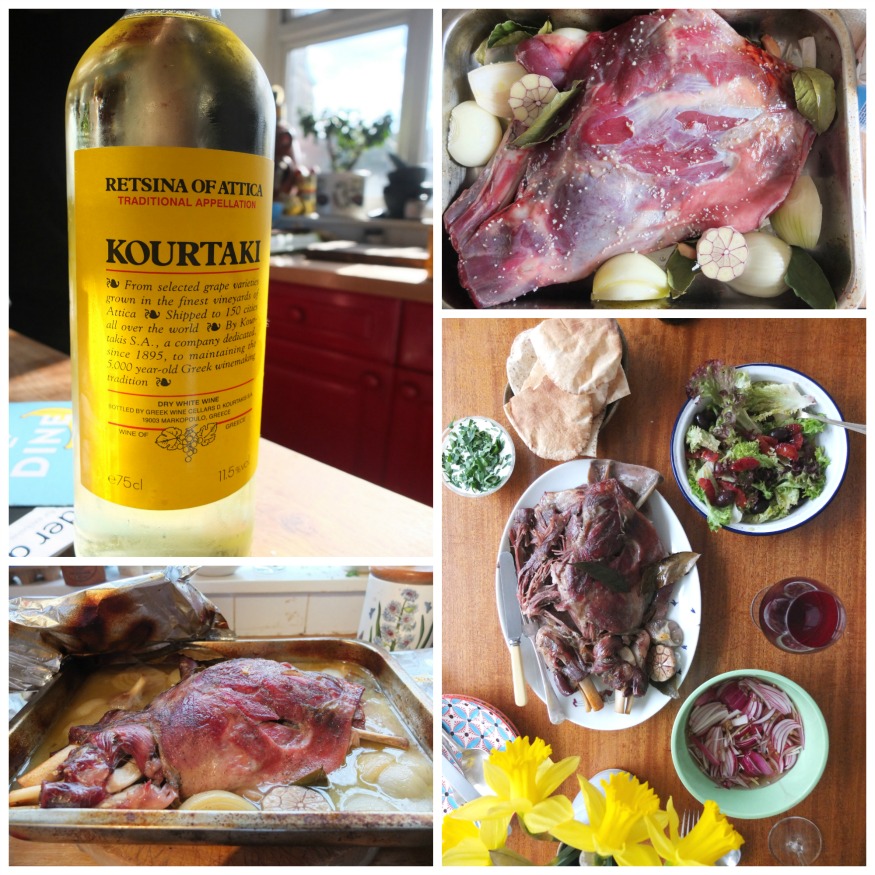 We decided to go Greek, and it went into a roasting tray with garlic, onions, about ten bay leaves (I’m all for silly amounts of bay) and half a bottle of retsina, which we had to beg off the staff at a local restaurant who thought we were the council trying to stitch them up. It’s a classic ‘stick it in the oven and forget about it’ job, with serious springtime Mediterranean vibes.

We ate it with toasted pitta, a salad of blood orange and olives (Greek, obvs), some quick pickled red onions, and Feta which I whipped up because that is what we do with Feta now, don’t ya know. It turns into a sort of fluffy paste when mixed with cream cheese or yoghurt, great for spreading inside little goat-y sandwiches. They really do take some bleating.

This method looks long but every stage is about as simple as it gets. I reckon this would easily serve 6 people. It kept us going for a week… more on that soon.

Preheat the oven to 160C. Place the shoulder on top of the onions in a roasting tray and rub with the oil. Season with salt and pepper. Add everything else to the tray, cover with foil and cook for 4 hours, or until very tender.

For the blood orange salad:

Mix olive oil, lemon juice and honey in a jar. Add salt and pepper. Put lid on and shake until combined. Set aside. To assemble the salad, mix the orange segments, olives and lettuce and mix with a enough of the dressing to coat.

For the whipped feta:

Crumble the feta into a food processor and blend. Add cream cheese and blend again. Taste and season with pepper, garnish with parsley.

For the quick pickled red onions:

Mix all the ingredients together and leave to pickle. Stir occasionally.

Serve the goat with toasted pitta breads and the rest of the bits and pieces.