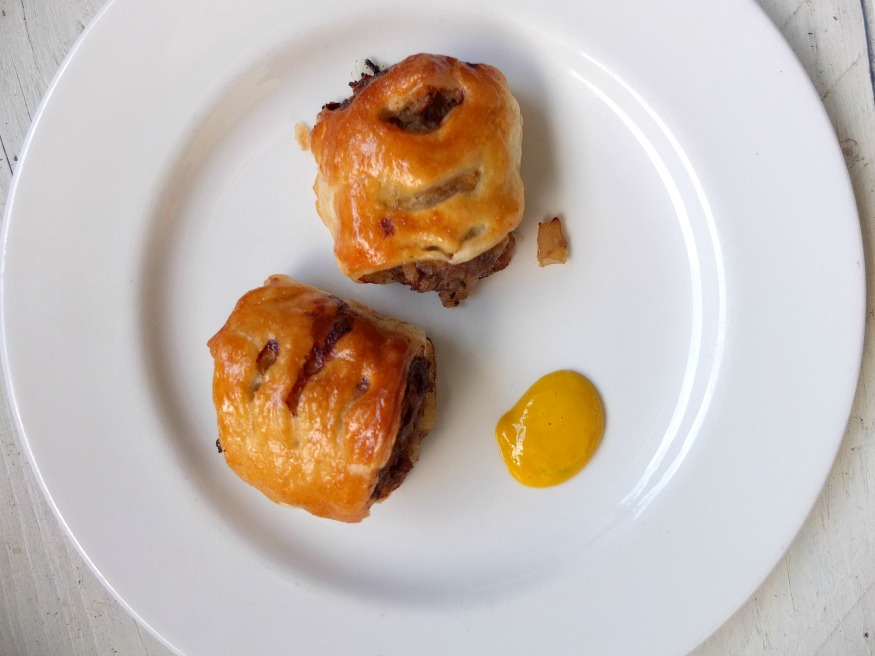 This is the first of two sponsored posts in partnership with Vitamix, who have just launched the new Ascent Series.

How do you guys feel about Christmas? We’re supposed to love this time of year. My Instagram feed has been saturated with baubles and bristly trees for a couple of weeks now as people get carried away on an avalanche of boozing, socialising and eating.

Festive food is definitely the highlight of the season. Pork pies, pickles, mince pies and trifle. Christmas, for me, is a time to celebrate traditional British food. I like to emerge in January, whiffing faintly of Silton and mulling spice, like a crumpled party napkin discarded among the glitter of the staff Christmas party. The feasting needs to be full throttle – even paper hats should feel snug come the new year.

A lot of Christmas food is about pork and you know it. Stuffing, pigs in blankets, pork pies and of course, sausage rolls. Some of the most popular recipes of all time (ALL TIME!) on Food Stories are these sausage rolls with whisky caramelised onions and this very quick and easy ‘cheats’ version, to use the language of today’s food magazines. 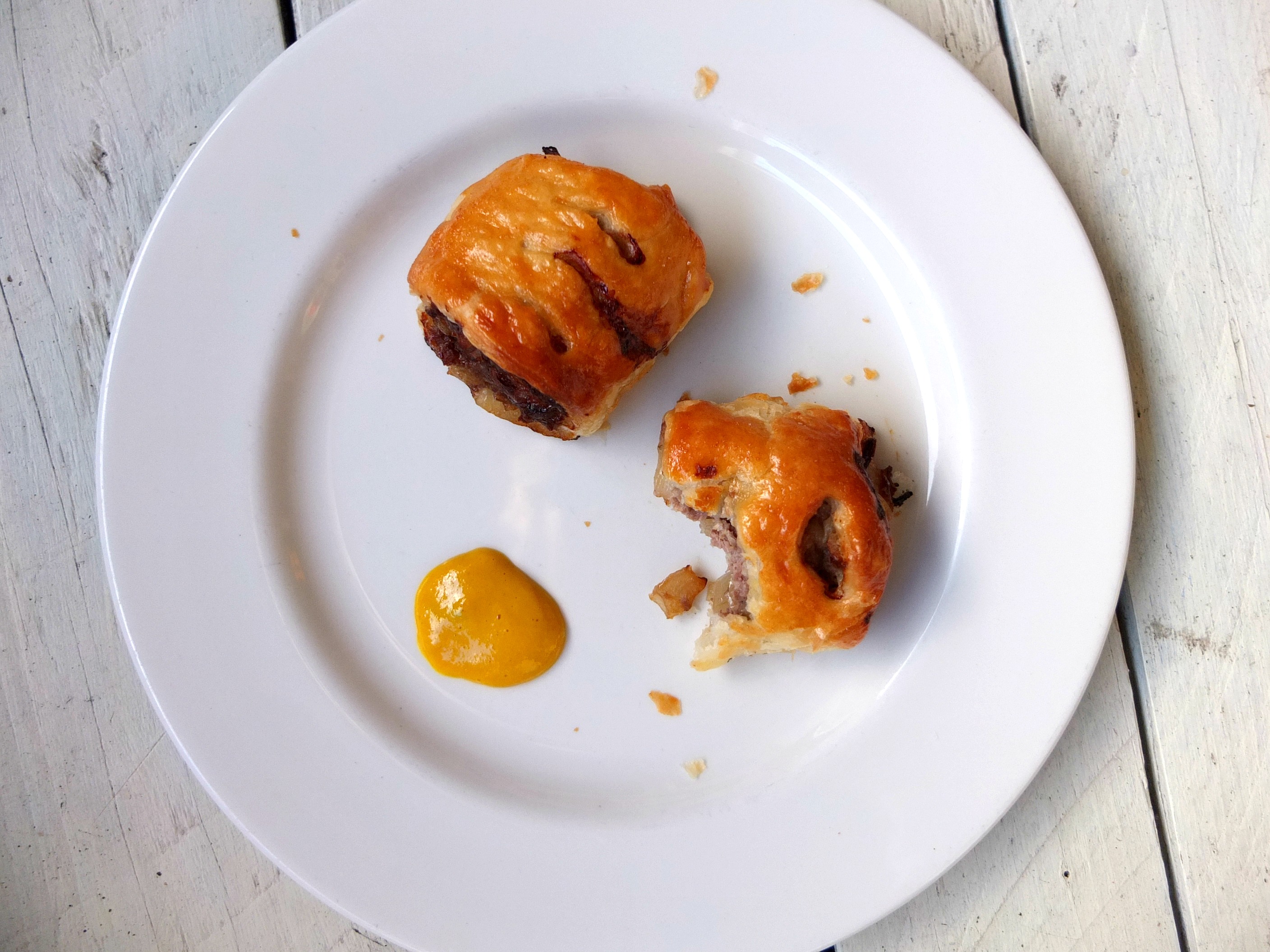 This recipe sounds like it’ll take an age to make as it involves mincing two types of meat and grinding spices but guess what? Yup, the Vitamix does all that for you. I’ve worked with Vitamix before, you may recall, and the reason I’m doing it again is that these blenders are genuinely brilliant. They are the nuts. They will blend just about anything and they take a lot of work out of a lot of recipes. I use mine constantly, even when they’re not paying me to do it.

These sausage rolls are an excellent variation on the traditional pork, with the gorgeous wintry flavour of venison but enough pig in there to keep the mix nice and fatty. I’ve added a gentle hum of mace, juniper and white pepper and a batch of sweet, golden onions, caramelised with sherry to really tick those jingle boxes. Festive AF.

Makes around 24. These are perfect served with a blob of English or Dijon mustard.

Roughly dice the pork belly and venison haunch, then pop in the freezer while you get the onions going.

Slice the onions, and cook gently with the butter (and a drop of oil) until golden, taking care not to burn them. They’ll need regular stirring, even on the lowest heat. Once they’re nicely caramelised (around half an hour), add the sherry, turn the heat up a little and cook until the liquid has evaporated. When the onions are done, spread them out on a plate to cool, then chop roughly.

In the Vitamix, process the cooled meat in handfuls on setting No. 3, until it looks like sausage meat.

Mix the spices, thyme, salt and onions well into the meat. Remove a teaspoon or so and fry it in a pan to check the seasoning.

Divide the meat mixture into four. Unwrap the pastry sheets and divide each lengthways into two pieces. Make a sausage of meat down the centre of each strip of pastry, then brush one edge with the beaten egg, fold over and seal. Cut into two-inch lengths or whatever you fancy.

Use scissors to snip the tops if you like (I just think this looks nice), put on a baking tray and glaze with egg. Bake for 15-20 minutes or until golden and cooked through. Serve with mustard.