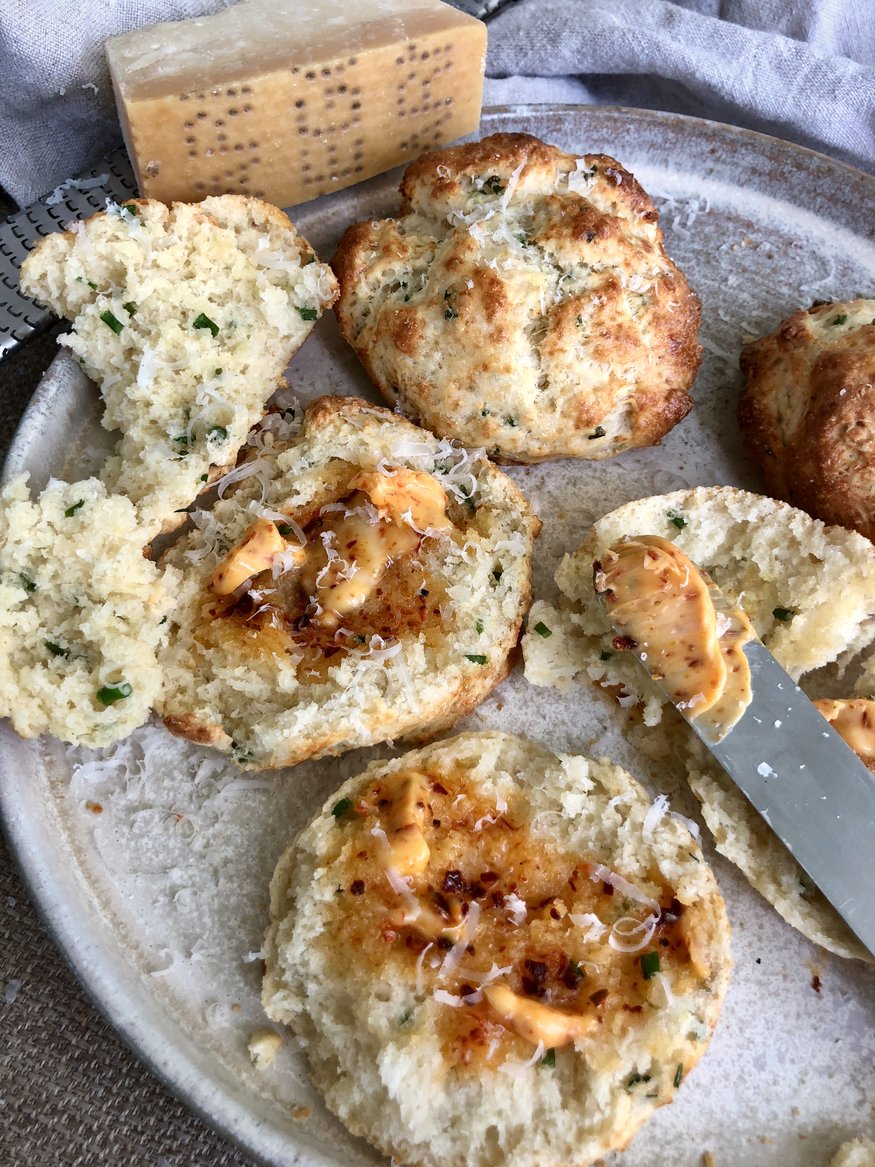 This recipe is the first of three produced as part of a paid partnership with Parmigiano Reggiano.

Turns out lying around on the sofa isn’t all that great for your mental health, then. Who knew? People need purpose, which is usually what employment brings. It’s the same with cleaning your living space or doing some exercise – those tasks we put off generally make us happier in the long run.

Creating something is nourishing – be it a painting or a plate of food – and keeping things simple maximises the chances of positive reward. Even the most straightforward cooking, like mashing potatoes or boiling an egg to plomp on top of instant noodles can be the difference between a good day and a forgettable one.

I know there are lots of you who enjoy cooking but aren’t interested in spending hours over it, or queueing outside a specialist shop on the off chance they’ll have the right ingredient. I wanted to come up with some simple recipes that still have big flavour, as you know I don’t do timid when it comes to cooking.

This brings me to Parmigiano Reggiano, who I’m working with again because I love their product but also because it’s a particularly useful cheese to have around right now – it keeps for ages and adds lots of umami, even in small amounts. The intensity comes from the minimum maturation period of 12 months (fun fact: it has the longest ageing period of any PDO cheese) and it can mature for up to 48 months, by which time it has a strong, spiced flavour. It’s incredible to think that something so flavourful is made from just three ingredients: raw, unpasteurised milk, rennet and salt.

I’ve used it here in scones, which as we all know are so simple a child can make them. In fact, the success of scones really lies in not getting involved with them too much at all, barely handling the mix before cutting. I’ve kept the flavour simple by adding chives to the cheese and topping with chilli butter, but you could add nigella seeds or dried herbs maybe, depending on what you have in the cupboard. They’re light, crumbly and properly comforting with a big, deeply-brewed mug of tea.

For the chilli butter

Combine the flour, baking powder, salt and mustard powder in a mixing bowl.

Grate the butter into the mixture (this is easiest if you hold it using a piece of the packet, so it doesn’t melt in your hand), then rub it in using your fingertips until the mixture resembles crumbs.

Add the chives and grated Parmesan and mix well.

Make a well in the centre and pour in the milk, bringing the dough together until just combined – it should still look shaggy. Don’t handle it any more than necessary.

Tip the dough onto a very lightly floured work surface and gently pat it into a rectangle around 2cm thick.

Use either a circular cutter or something round such as a glass to cut circles (or use a knife to make squares if you prefer).

Place on the baking trays and brush with the beaten egg. Bake for 12-15 minutes, until golden. Place on a wire rack to cool a little – they’re good when they’re still slightly warm.

Make the chilli butter by mashing the two ingredients together, to taste. Spread on the still warm scones!