Leg of Lamb Cooked in a Salt Crust 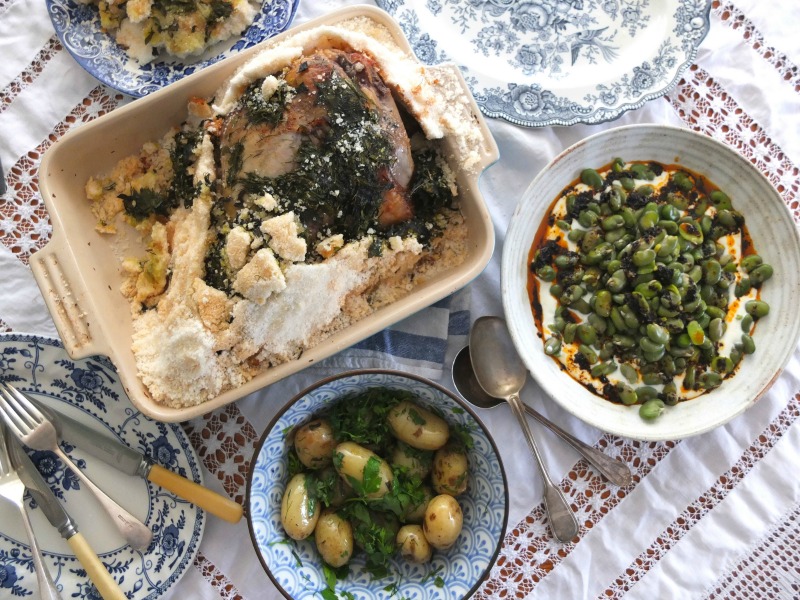 Salt baking is something people usually do with fish, which has never made a huge amount of sense to me. Whenever I’ve eaten salt baked fish it’s been overcooked because the successful cooking of fish is so dependent on timing; if the thing is covered in a rock hard salt dungeon, you can’t look at it or prod the flesh to see if it’s done. 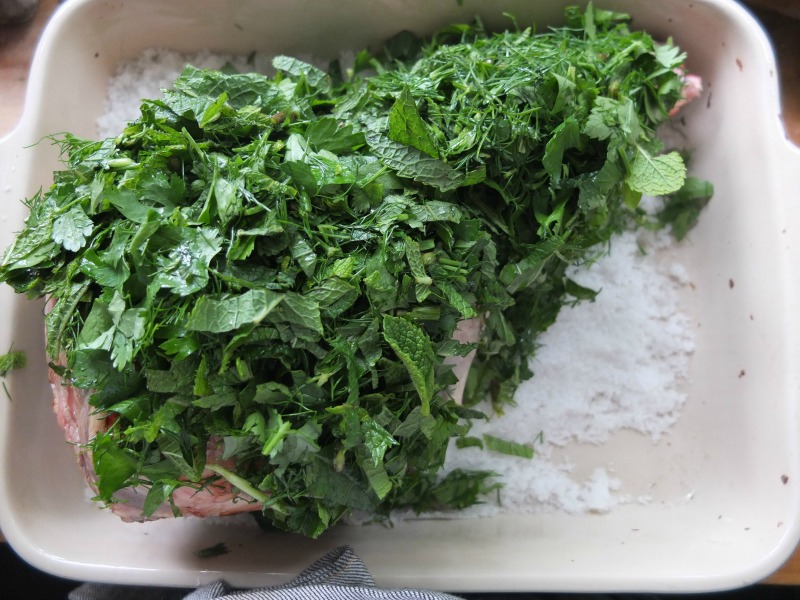 This is something I’ve experienced in some fairly high falutin’ restaurants, FYI, like the fish restaurant that everyone seems to love apart from me: One O One in Knightsbridge (boring, stuffy, quiet, in Knightsbridge). I ordered a salt baked seabass to share with someone else and it arrived on a shiny trolley, the waiter behind brandishing pick and hammer. Yeah, it’s dramatic when the crust is cracked and the steam and accompanying piscine waft rises but the fish within was mush. It’s always seabass, too, that seems to suffer this treatment. This is a fish that turns to texture of wet cushion stuffing if you so much as whisper you’re going to cook it. 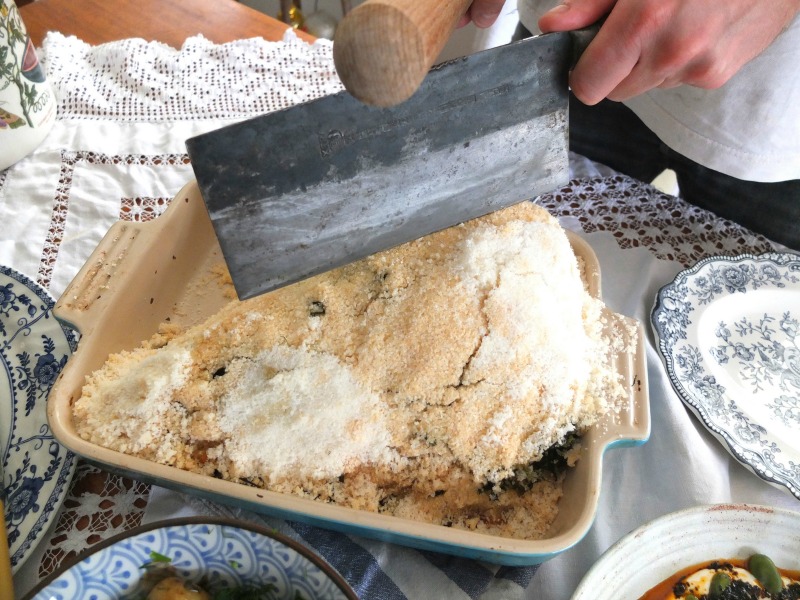 So I’d never considered using the salt crust technique on anything else but then one day we needed a new way to cook lamb. It occurred to me that this might just work on something that actually likes long, slow cooking and can take a fair bit of salt. 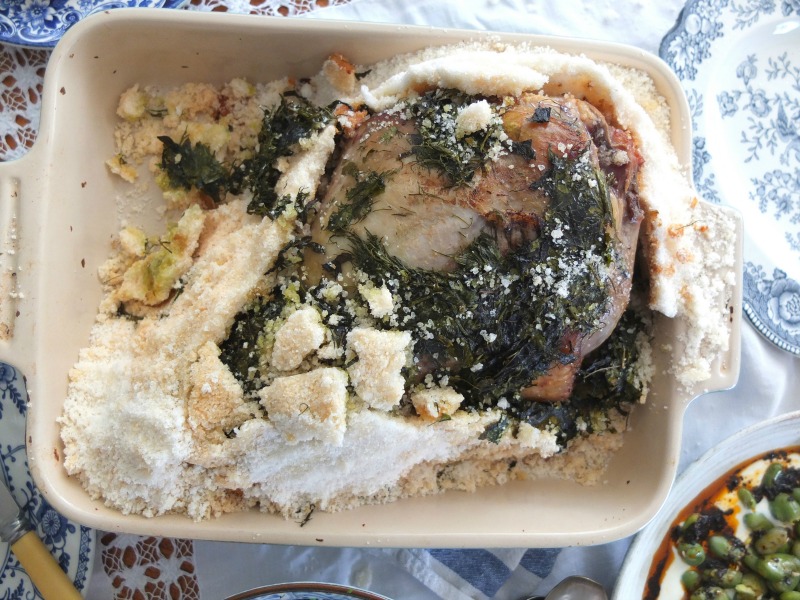 Now I don’t want to be an insufferable tw*t but this may be the best slow cooked lamb in the world. The point of the crust, of course, is that it seals everything inside, so what you end up with is a leg of lamb which is, yes, salty but really pleasantly so. This is meat that’s basically been bathing in its own fat inside a super hot salt cavern. 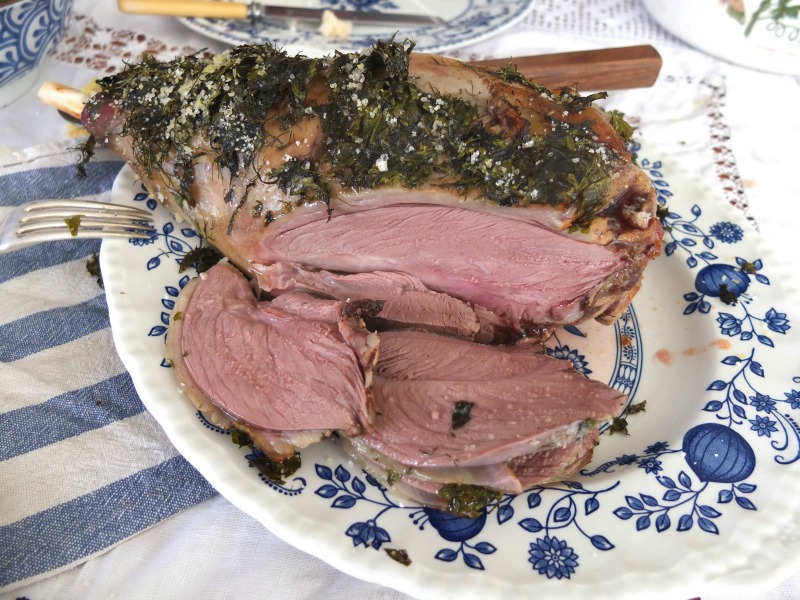 None of the flavour is going anywhere so I thought I’d take advantage of that fact by adding in some herbs, and not the usual rosemary or thyme but loads of soft herbs like parsley, dill and mint. And I mean loads. The result is that the herbs season deep into the flesh. You could also smear it with loads of crushed garlic, of course, which I’m a bit surprised we didn’t do to be honest. We must’ve had a garlic-heavy side dish. It’s the only explanation. 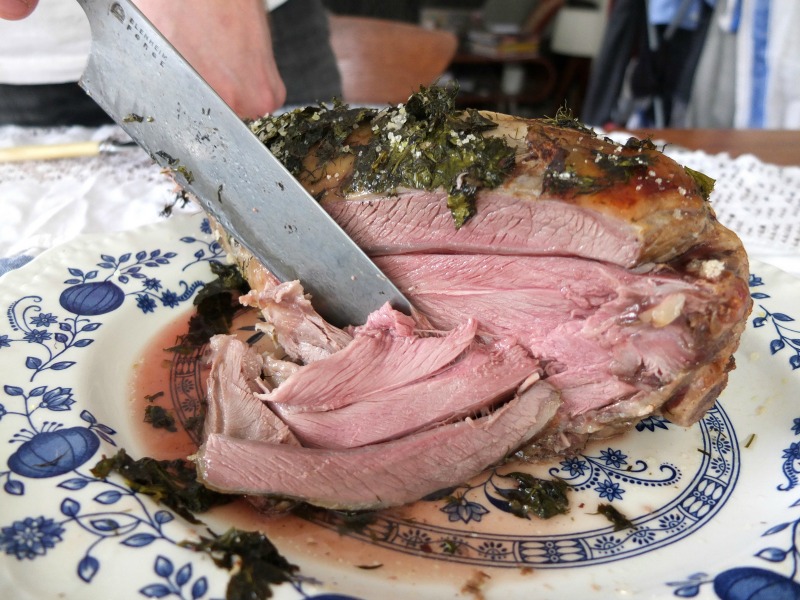 See? So much better than incarcerating poor fishes and you could put loads of different flavours in there. I’m thinking a rub made with smoky chillies (pretty much thinking that all the time right now), or a spice paste, heavy with cumin. Steamy.

Leg of Lamb Cooked in a Salt Crust Recipe

We ate it with these broad beans which were lovely but you could give green vegetables like courgettes or Tenderstem broccoli the same treatment.

Set a pan large enough to hold the lamb over a medium and brown the lamb all over.

Mix the egg whites with the salt to make a sort of paste. Make a bed of this on the bottom of the roasting tin and lay the lamb on top, then cover with the herbs and the rest of the salt paste.

Roast for 2.5 to 3 hours or until a thermometer reads at least 65C.