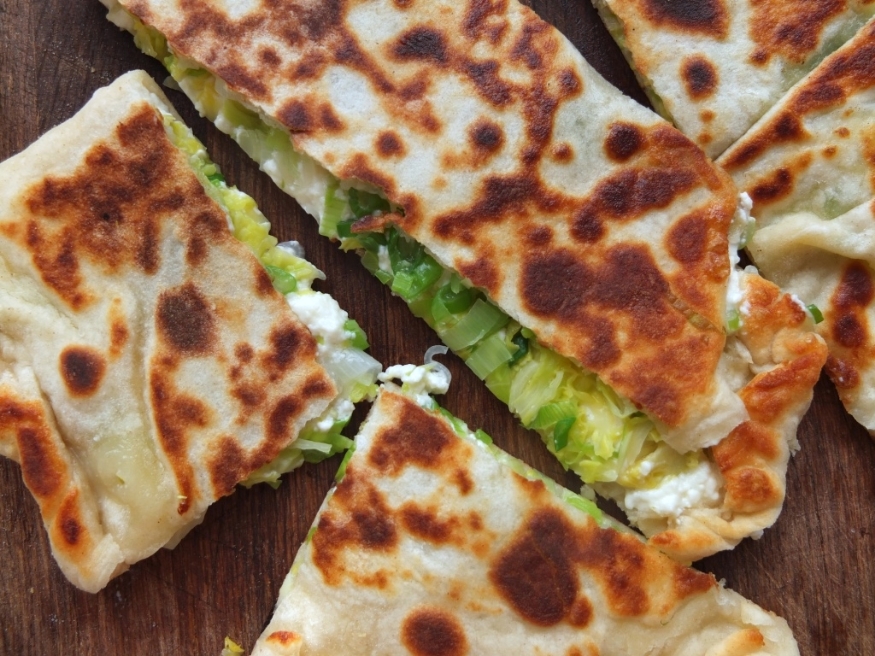 Remember when I told you about my love for sprouts? If it were up to me, they’d be having their moment. Recently, they’ve had to put up with avocados hogging the attention, then kale, and worst of all, their own bloody leaves in the form of ‘sprout tops’. Now, ‘flower sprouts’ have swaggered onto the scene, a cross between regular sprouts and kale. Like mini cabbages, but with a lot more frilly appeal, these hybrid imposters are stealing the show with their flouncy showmanship and seductive purple hue. They’ve all the sweetness of regular Brussels, but none of the bitterness, which they leave for my tightly furled friends, once again left lonely on the shelf.

Personally, I enjoy the sulphuric bite of a sprout and the general lack of interest has only encouraged me to use them more. At dinner recently I got into a conversation about gözleme and from that moment I glazed over and allowed my mind to wander down paths verged with finely shredded Brussels, the sky above filled with clouds of melted cheese.

Gözleme is a delicious carb-heavy component of Turkish cuisine, of which there are many. Borek, pide, lahmacun, manti et al – I love them all. The hardest part of making these is rolling the dough thin enough, and you will need one of those skinny rolling pins, which you can buy in Turkish shops or online. It needs to be so thin it’s almost see through, but it’s not as hard as you think, nowhere near as hard as these snail borek, which made me feel completely incompetent. Sure, my finished gözleme were a bit scruffy, but hot and shiny from the pan, spotted umber and filled with greens and cheese they were a perfectly dangerous snack.

I used a weird white cheese which I bought in a Russian deli but I would suggest you avoid doing that, and instead use something salty and crumbly like Feta, or Tulum. What I must insist upon however, is the use of sprouts. Good, old fashioned, dependable sprouts. 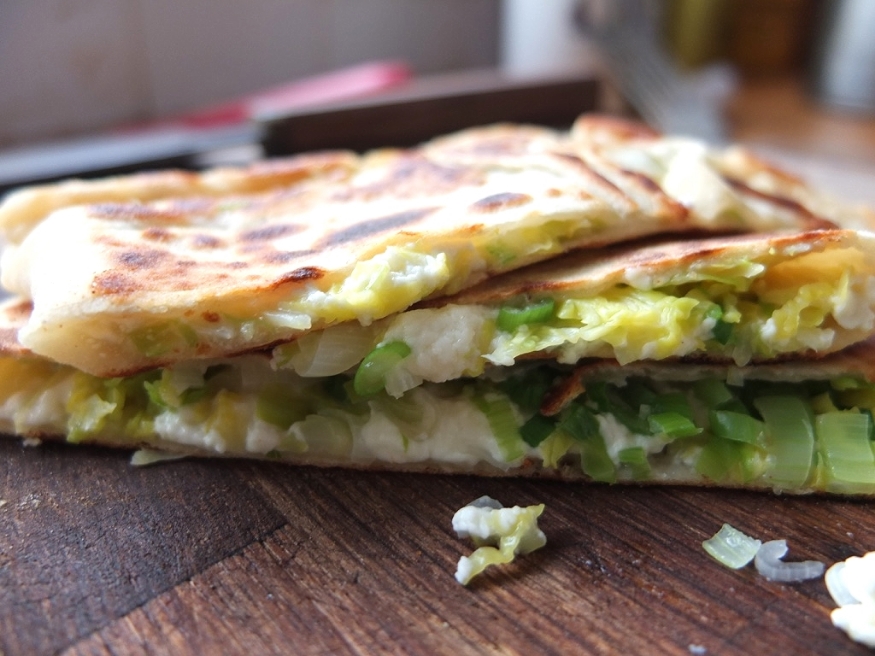 This recipe makes 4 gözleme, which you’ll easily eat between 2 people.

Put the yoghurt in a bowl and beat it until smooth. Add the flour and salt and mix together – it will come together into a ball. Cover with clingfilm and rest for 15 minutes.

Blanch the shredded sprouts for 30 seconds in boiling water, drain and refresh under cold water.

Divide the mixture into four pieces and roll out each on a floured surface, until very thin. I went for a sort of oval shape, but you can do an oblong, whatever. You’ll be topping half of the dough and folding it over, basically. The dough can be sticky so don’t be shy with the flour.

Scatter half of the dough with sprouts, spring onions and feta. Fold over and either seal by pressing with the tines of a fork or curl up to conceal the raggedy edges, as I did.

Heat a tablespoon or so of oil in a pan and cook the gozleme over a medium-high heat until cooked and spotted toasty brown. Flip and repeat. Serve cut into pieces. Watch out, they’re hot.