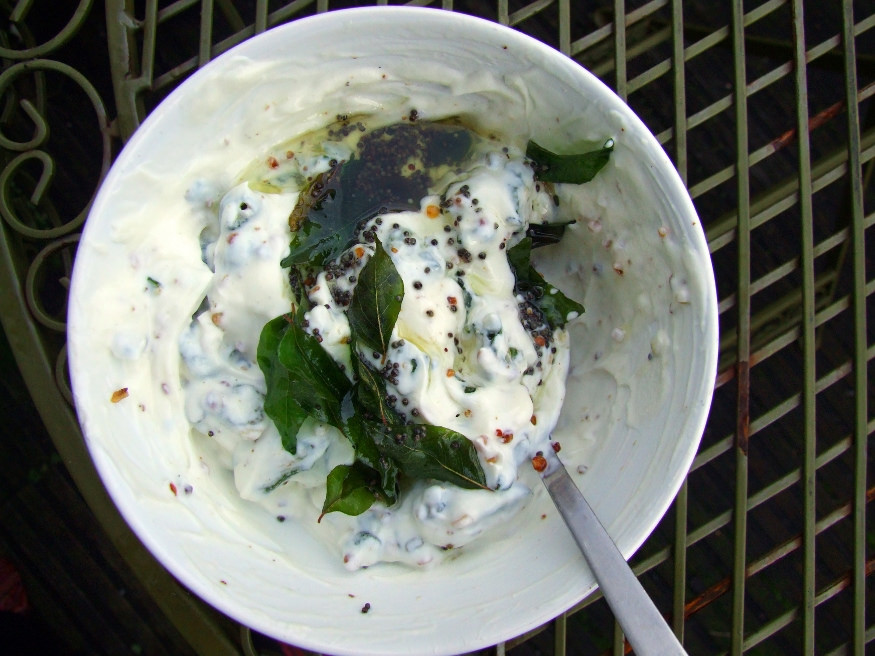 Most of the recipes on this blog are my own, but sometimes I want to share others I’ve stumbled across, or those that people have sent to me. This pachadi recipe comes from Sharmila, a local food blogger who does Very Good Things with yoghurt and okra.

In my limited experience, a pachadi appears to be a base of yoghurt and vegetables, topped with a mixture of tempered spices; like pouring a tarka over a dahl. It’s clearly South Indian, as mustard seeds and curry leaves feature heavily in many recipes. My first chapadi experience came via Flickr when one of my contacts posted a recipe so unusual to my eyes that I had to have it. Mustard seeds, dried chilli and curry leaves are fried briefly in coconut oil until the seeds pop then mixed with yoghurt and cucumber. It’s hard to resist bombing a hot chapatti into the still-sizzling spiced oil. The flavours will have you on the edge of your seat. 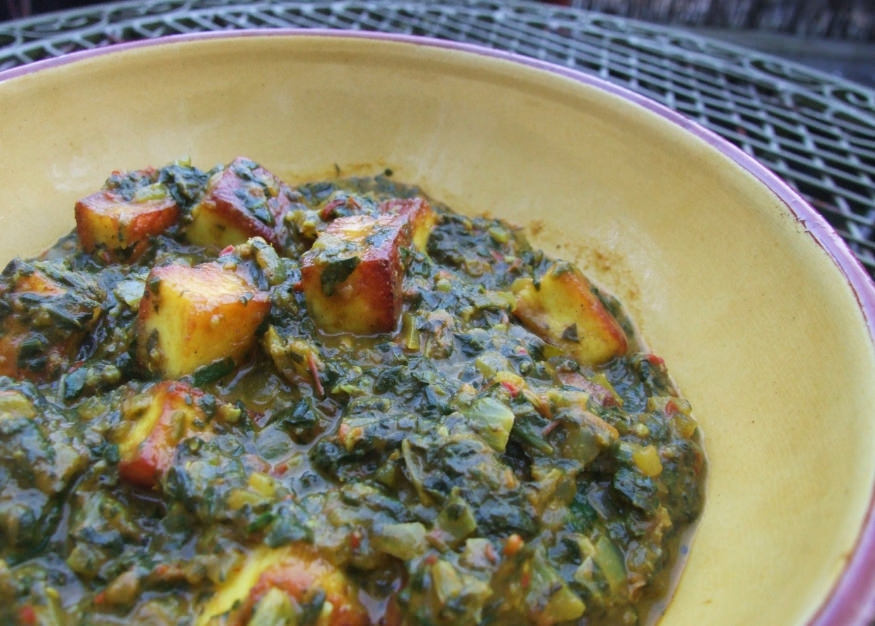 Sharmila’s version is made using okra slices, fried until crisp; a beautiful contrast against the chilled yoghurt. It takes minutes to make and I can particularly recommend it as part of a  ‘curry day’ extravaganza; nargisi kofta curry, chicken tikka and this excellent spinach and paneer dish from Das Sreedharan’s hugely under-rated book, ‘Indian’*. Yes, I know I go on about that book all the time.

Fry the okra in a few tablespoons of groundnut oil until nice and crisp. Drain on kitchen paper.

Combine the okra with the yoghurt (about 200g) and a bit of chilli powder (but not too much – this isn’t a spicy dish). Fry the mustard seeds in a small pan in a tablespoon or so of oil. When they start to pop, add the green chilli and curry leaves. When they are nicely sizzling, pour over the yoghurt mixture. Stir to combine, add salt and lemon juice to taste and then add the coriander leaves.

* The edition of Das’ book that I have doesn’t seem to be available any more but this looks very similar and I imagine will have a lot of the same recipes. It’s one of those books you actually cook from rather than just flick through.

Thanks again to Sharmila for the chapadi recipe.