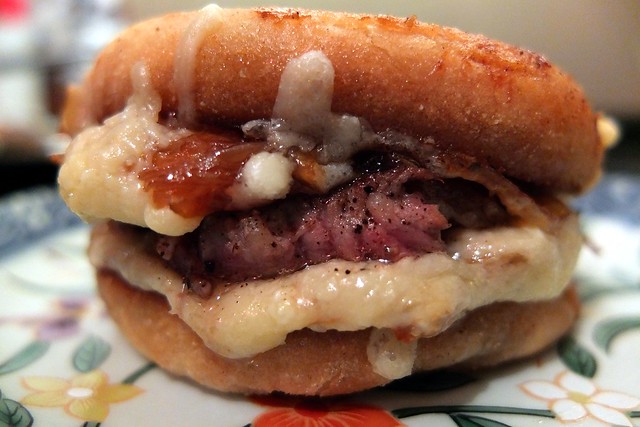 The complexity of the sandwich: from Dog House Diaries

The structure of the sandwich is of utmost importance. As I have said during many an interview on the subject, there is nothing, NOTHING, worse, than the corner of a sandwich gone soggy as a result of seeping tomato juice; that’s just an amateur build, right there. Everyone knows you don’t put that tomato next to the bread, you put it underneath a protective barrier, such as lettuce. Unless of course it is a tomato sandwich, in which case lettuce should be nowhere near it and you should simply be eating that sandwich immediately.

Another example is the construction of a burger. A burger with chillies and cheese. Think about the layering; what you don’t want to be doing is putting the cheese directly onto the meat and then attempting to settle the chillies on top; they will tumble out of the burger and onto your plate. Or your lap. The chillies should be placed directly onto the meat, and then sealed with the layer of cheese, creating a spicy pocket and preventing any loss of fillings.

The sandwich I’m going to tell you about in a moment contains caramelised onions, which have been cooked down in very concentrated beef stock and bourbon. Now if they were on a burger (which they bloody well shouldn’t be because that would be horrible and wrong), then they would need sealing on top of the meat with the cheese as per chillies. In the case of my cheesy creation however, it was only appropriate to smear them directly on the bread. Why? I don’t know. Such is the complexity of the sandwich build. Part rule abiding, part instinct. The sandwich is made with Gruyère, steak and sticky onions, in a muffin. I ended up making this as a sort of homage to another food blogger – I’m not going to mention any names – who basically makes dishes ‘with all the flavours of’ other, existing dishes, ‘spaghetti bolognaise tacos’ for example, or  ‘fish and chips pizza’ (I may have made those up). Me and a few of my mates are addicted to this blog, and to laughing (affectionately) at the latest recipe. So this is a sandwich with – wait for it – ‘all the flavours of’ French onion soup. The onions, the beef stock, the onions, the cheese, the onions. It’s hella tasty I have to say. And extremely rich. I wouldn’t attempt it with anything bigger than a muffin, you’d probably be sick. Melt a good lump of butter in a pan and let the onions caramelise very slowly in it. This should take about an hour. When they are nicely golden and soft, splash in an inch or so of beef stock and a splash of bourbon. Let this cook out until there is barely any liquid left.

In a hot frying pan or skillet, quickly sear the beef slices on either side for mere seconds, then let rest while you build the sandwich. In the same pan, toast the split muffins briefly. Preheat a grill, then spread each muffin with onions, on the top and bottom halves, and add a layer of cheese over each layer of onions. Wang this under the grill until the cheese is nicely melted. Remove and divide the steak slices between the sandwiches. Put the two halves together and off you go. Lovely with a beer.

For more on the structure and contents of sandwiches, buy my book! 101 Sandwiches is a collection of the finest sandwiches from around the world.