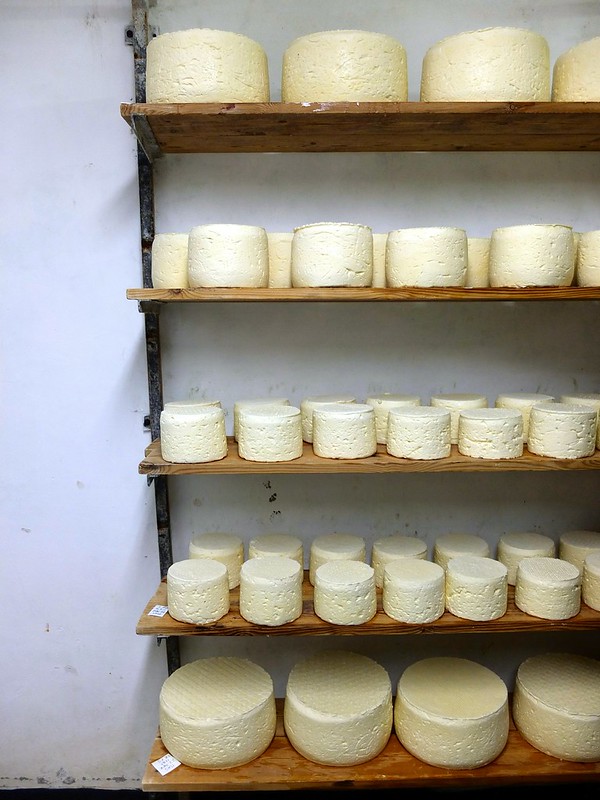 I recently went to Cornwall, where I met a man called Philip Stansfield, who makes Cornish Blue cheese. I’ll be completely honest from the off and say I’d never even heard of it and so, it was a huge relief to find that the cheese tasted good (really excellent, actually), considering I’d spent the half  hour prior to tasting it getting all enthused about the production process and the man himself. I know you’ll have no sympathy whatsoever when I say this, but it can be damn awkward to find oneself at a tasting when the product turns out to be a bit shit.

So we had toured the dairy, roaming like cattle through pasteurising rooms, curd cutting areas (technical term) and ageing rooms (shipping containers) where the air was so thick with ammonia and flora I found it tricky to breathe. Whoever is responsible for turning every one of those cheeses must have lungs of steel. Or full of cheese mould. “Is it a hernia, doctor?” “No I’m afraid it’s a truckle.” Each room contained row upon row of cheeses at different stages of maturity, some sporting impressive furry tufts on the rind, “just like my cat!” I commented, wittily, more than once. I know. 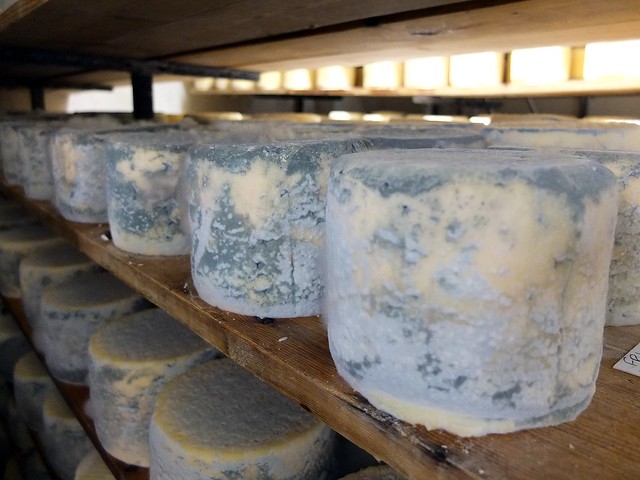 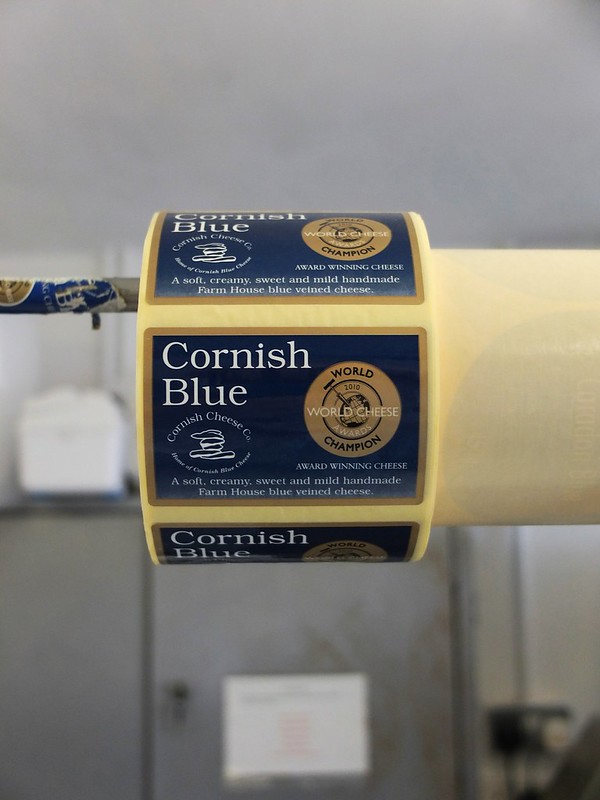 Despite appearances, production is relatively small scale, and that’s the way Philip wants to keep it. He’s a smart man who knows his product is excellent, and he knows that other people know it too. He has just a few other people working with him, particularly at busy times of the year, and one of them is salting cheese when we arrive. “This is very physical work” Philip tells us, and I can see. The woman is lifting, salting and re-stacking cheeses at some speed, and we work out (well, someone else works out), that she must be shifting about 200kg all told. Who would’ve thought that cheese could keep you slim?

What really pleases me about Philip’s story is that he turned to cheese-making because he honestly didn’t know what else to do. Dairy farming wasn’t a good place and he basically needed to survive any way that he could. “I thought right, I’ve got cows, I’ll make some cheese.” Of course many failed attempts followed, but when he got things right, he scooped the prestigious ‘Champion Cheese’ title at The World British Cheese Awards. Amazing. He recalls the event “The judges were down to the final three, and I could see a cheese that looked a bit like mine in front of them… “So what does a winning cheese taste like? Well, it’s a mild blue, and deliberately so, because Philip likes the creamy base flavour to show through; many blues are dominated by the mould, and can taste what I like to refer to as (again, technical term, so brace yourself), ‘a bit bitey’. There’s the familiar salty twang of a blue though, and boy has it got some length. 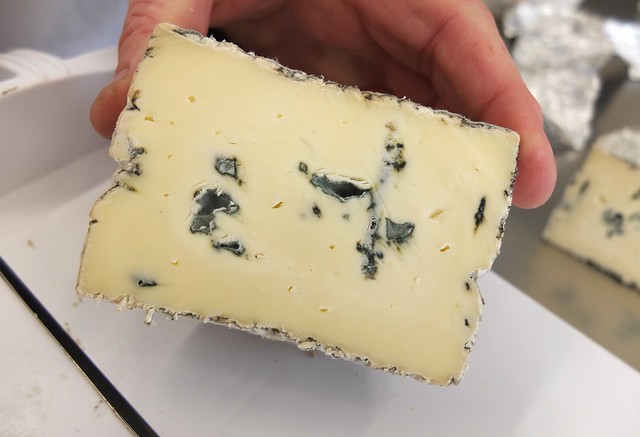 So Philip asked if I would do a couple of recipes for his website in return for this little tour and of course I said yes, GIMME THE CHEESE! Ahem. I’ve done one for summer, which is so simple a calf could put it together and I’ve pointed you to another suitable for winter, which you can actually eat at any time of year should you wish. I will allow it.

I refuse to insult your intelligence by giving you quantities here.

If you fancy something a bit more hearty, perhaps after a bracing Cornish coastal walk, then this baked gnocchi recipe is for you. Just swap the Gorgonzola for Cornish Blue, obviously. 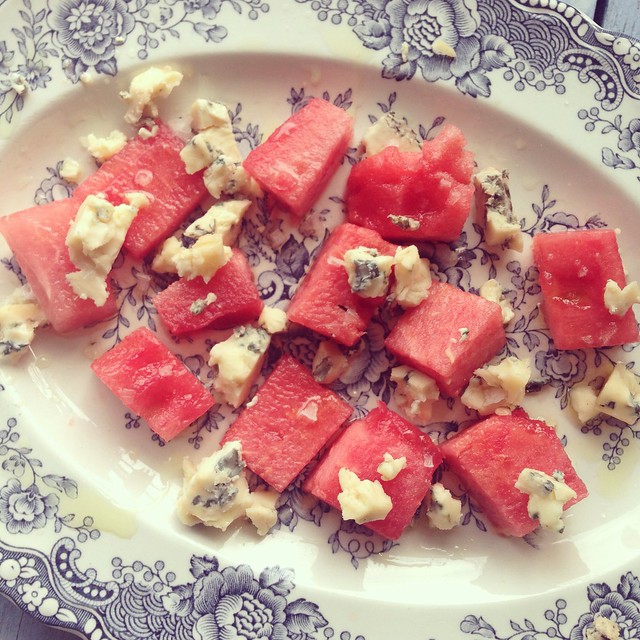