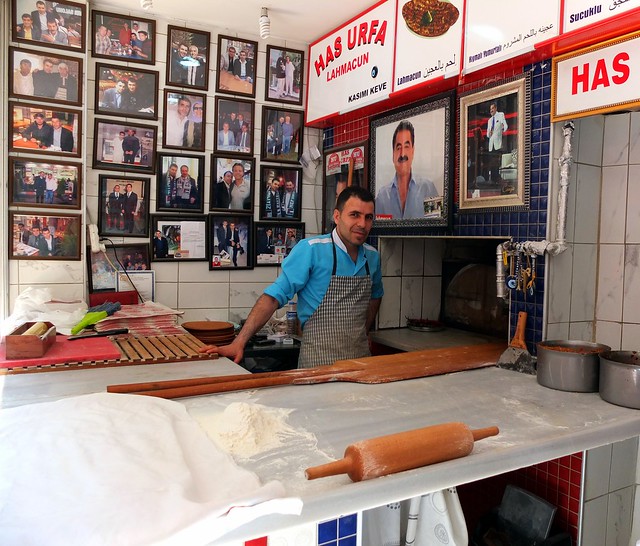 Istanbul is a vast, sprawling city. Everywhere you go, something is happening. It can be quite overwhelming at first. There are about 14 million people milling about over 2 continents. Fourteen million. There are also a lot of cats. Joy! I always knew Istanbul was going to be my city. I wanted to pet and chin tickle every one of them, but, well, rabies. Every corner you turn, something is happening. No nook, gap, rooftop or cupboard is left unfilled, and if a space is up for grabs, someone will more than likely sell try to sell something from it. Vegetables, shoes, börek, Turkish delight, sheeshas, plates, kebabs, chestnuts, bread, kittens, chicks, junk, socks, watermelon, simit, fish, tea, anything, basically.

On a side street off a relatively un-touristy stretch, Kasimi Keve has claimed his space and built a lahmacun (la-ma-jun) restaurant in it. It is really no more than a counter top, an oven, a titchy counter at the back and 3 tables outside. He is immensely proud of his lamacun, and so he should be. During the 6 days I was in Istanbul, I obviously couldn’t  try every lahmacun on offer (even I have limits), but if anyone is making it better than Kasimi, I’d like to hear about it, and then I probably wouldn’t believe you anyway.

Kasimi’s lahmacun are lighter than others I’ve had; the dough rolled impossibly thin, then crisped, bubbled and spot-charred in the searing heat of the oven. Lesser examples can be doughy, which is perhaps what led to the nickname ‘Turkish pizza’. Pretty sure I’ve been guilty of saying that at some point, actually. The dough of a lahmacun is spread thinly with spiced, minced lamb, and every seller has their own blend; Kasimi’s had us excited because the spicing was so deft as to just enhance the sweetness of the meat (a very light touch of cinnamon?), yet it was also rich and complex. He gave us some of the spices to take away, but only after we promised not to tell anyone his secrets. I wouldn’t. Ever. I’m a writer but I’m also a cook, remember. I’ll just say then that there’s some of the famous Turkish red pepper paste, so terrifyingly red it looks like it could stain a t-shirt at 30 paces, Turkish biber flakes, roasted to deep maroon, and a spice blend of top secret components, which reminded me a little but not entirely of garam masala. 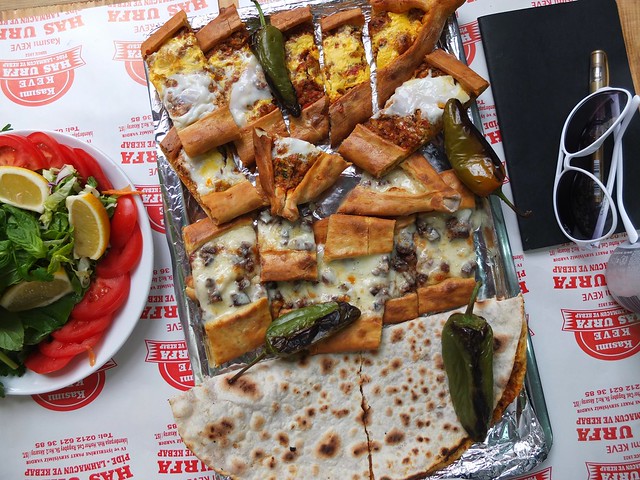 Pide is also available but for me, it’s all about that lahmacun 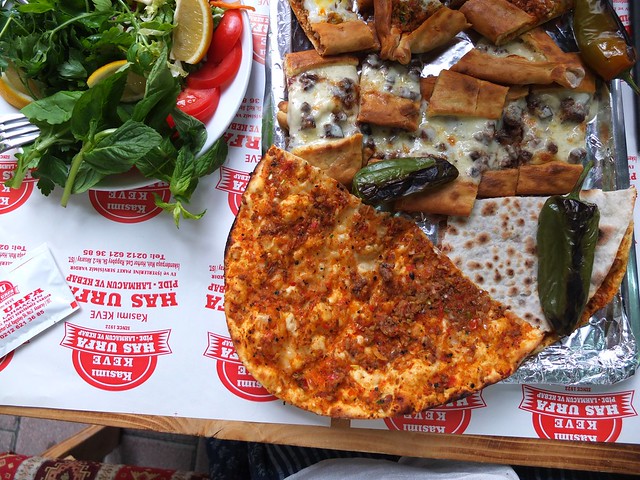 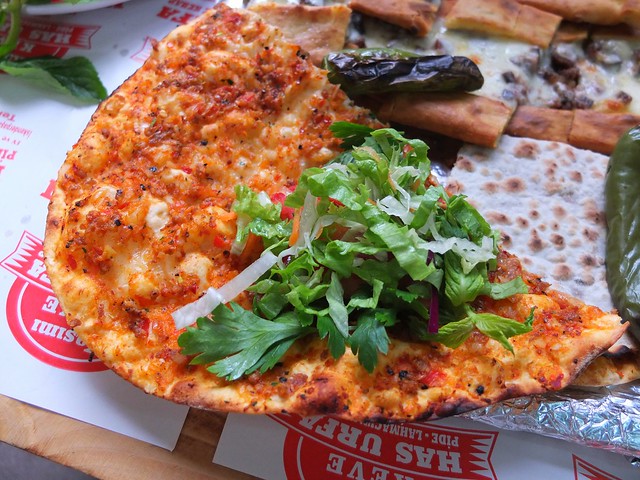 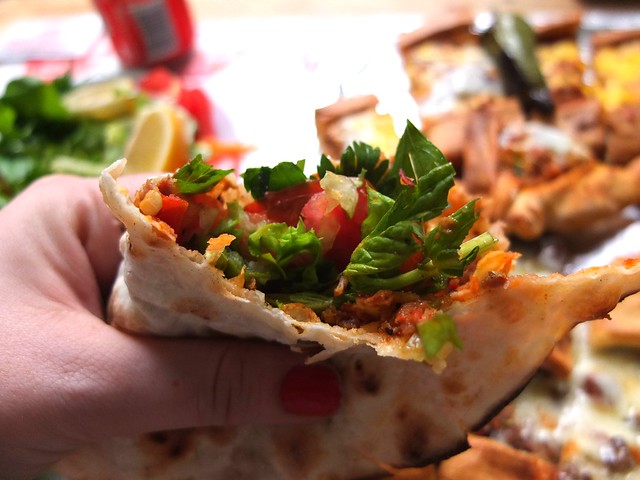 Each lahmacun arrives with a plate of salad, herbs glistening with water droplets from a recent wash, tomatoes ripe and inviting. He does roasted chillies too. Get them if you go. You top your bread with salad and chillies, tinkle with lemon juice and roll it all up. The eating is over in moments. That means it’s time to order another.

While we wait for our lahmacun to be prepped, we get chatting to a Turkish lady who says she lives in Holland, but always makes Has Urfa her first port of call when in Turkey. She wise. I suggest that you do the same.

Has Urfa Lahmacun
Ragipbey Sokak
0034, Istanbul, Turkey
(over the street from Aksaray Metro, near to Yusefpasa)

This summer, Zeren Wilson and Turkish chef Huyla Erdal will host a modern Turkish pop up, on Sunday 15th June. I predict this will be worth moving your summer holiday for. Follow @londonlahmacun for more details. 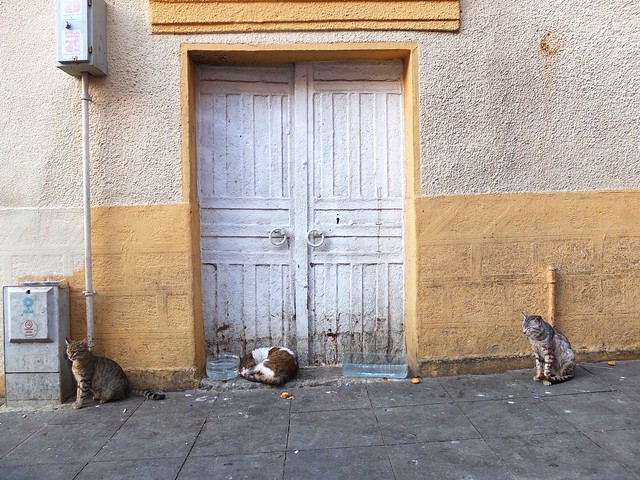