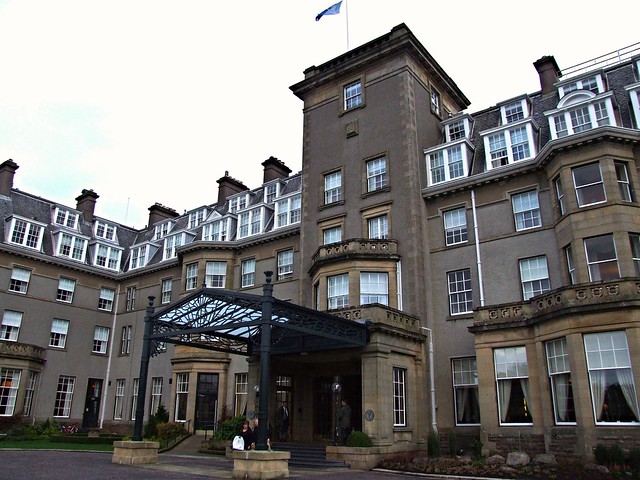 Gleneagles is famous for hosting The Ryder Cup golf tournament (my taxi driver to the airport, “oh yeah they do that cricket competition innit luv”). To be honest, I’m not the slightest bit interested. My enthusiasm for golf ends at the desire to nick a golf buggy. The food at the hotel however…much more my area. Scotland is the place to find some of the UK’s top ingredients of course, and much of the best ends up at Gleneagles.

The place is grand – art deco interiors, open fires (that actually work) in the bedrooms, and those baths with little feet that say “lie back in me and eat a Flake”.  Outside, swans glide about on lakes and buggies pootle between holes. Firs bristle from mountains and mists rise and roll. Autumn was an excellent time to visit; I was totally channeling an old laird vibe, longing for tartan blankets, whisky, and a pair of plus fours. All of these things you will find at Gleneagles. You can even buy the plus fours in the shopping arcade that is built into the hotel. Yes. 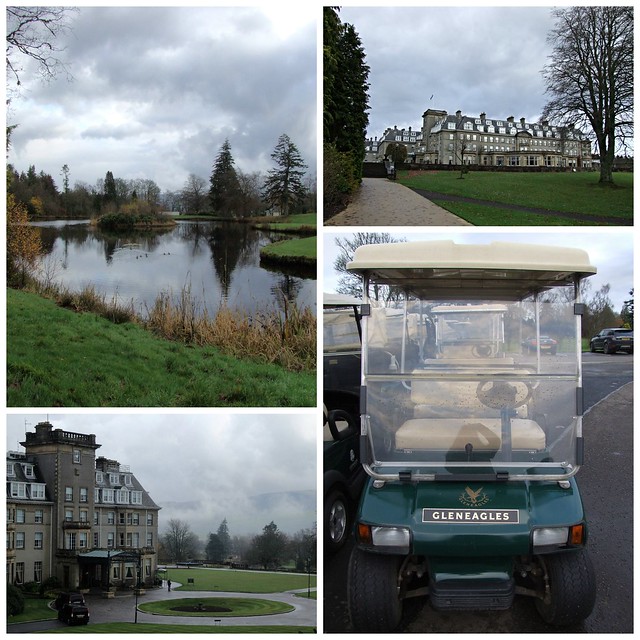 Anyway, the food. When I think of Scotland, one of the first things that comes to mind is the game, by which I mean game birds, venison, rabbits and hares, not prostitution. All these wee beasties are abundant in the grounds around Gleneagles. The hotel is supplied by ‘Ochil Foods’ a game dealing business run by a man called Neil Dixon, who grew up in the surrounding countryside and, apparently, started shooting when he was 11 years old. I’m sure that’s totally fine.

There are three good reasons to eat game (I’ve just counted ’em), which are 1) so much tasty 2) the meats are very lean and therefore ‘healthy’ and 3) game habitat is nurtured and preserved by an estate keeper, which in turn has a positive knock-on effect for the welfare of many other, smaller birds and wildlife. Why don’t people eat more game, then? I’ll come back to that. Firstly, a brief guide to some of the tastiest to be found up in Perthshire. 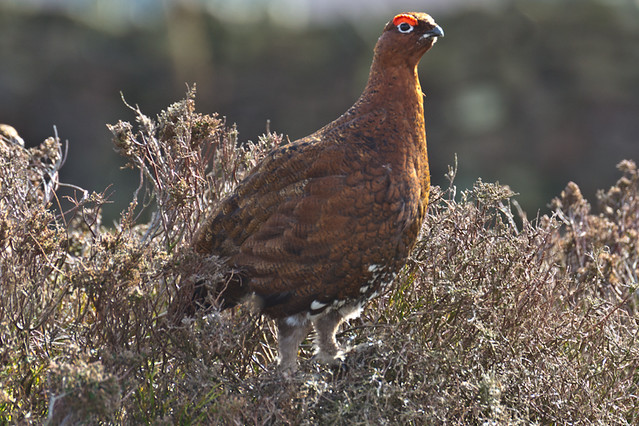 Neil calls the grouse ‘the King of all game birds’, and I’d have to agree with him. This is the bird that kicks off the shooting season on August 12th, or ‘the glorious twelfth’. The birds have a rich, and very obviously ‘gamey’ flavour, which is the reason some people struggle with eating them, and the reason I don’t. The strength of flavour is generally down to the length of time between shooting and eating, not the age of the bird. At the beginning of the season the birds are not hung at all, but as the season goes on, they can be hung for a week or so. This helps to tenderise the meat as well as change the flavour.

The way to identify a young bird, is by feeling the breast bone and back of the head. If it’s young, these areas will be soft. The beak will also snap easily.  An ‘old’ bird would be one that has been on the hill for at least 1 year, i.e. not this season’s hatch. Older birds are not desirable for chefs because the meat is much tougher; the young birds are tender and will melt in the mouth. If you have a tough bird in a restaurant then, it’s unlikely to be the chef’s fault. It’s the game dealer’s fault. This is why the relationship between chefs and suppliers is so crucial, and based on trust. Old birds do slip through though, even with the best intentions.

The grouse season lasts until 10th December, but sometimes shooting may stop as early as September. This year is a good year, and the season was still in swing when I visited Gleneagles in November. 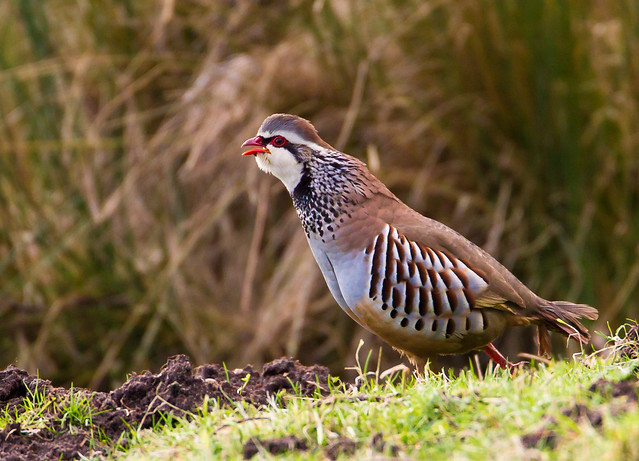 There are two types of partridge – the grey partridge, which is English, and the red-legged partridge, which is French. Nowadays nearly all partridge sold is red-legged, as grey are very rare in the UK and although they’re not protected, those in the shooting world will, apparently, let them be. The red-legged partridge is, according to Neil Dixon, “a pretty bird, but one that makes an awful noise and doesn’t taste nearly as good”. Shouldn’t someone be doing something to help the grey partridges? It’s like the squirrels but the other way around. 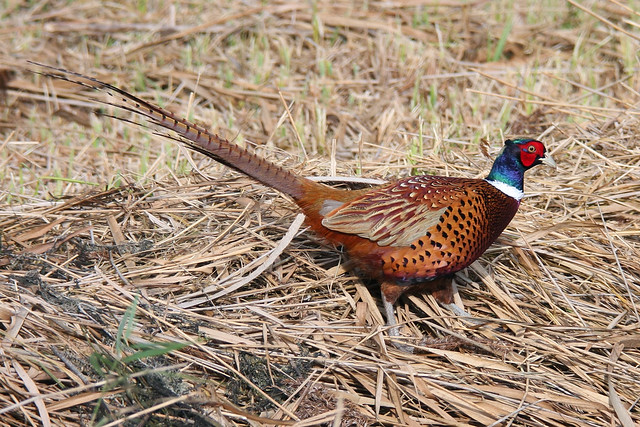 The pheasant season runs from 1st October until the end of January. Pheasants are not native to this country, but are from Nepal, where they knock about with 250 other (all spectacularly dumb?) species. I always think of pheasants as being the bird that sits in the middle of a country lane, looking nice but blocking your way. Female pheasants are better for cooking than the males, apparently, as the meat is much more tender. 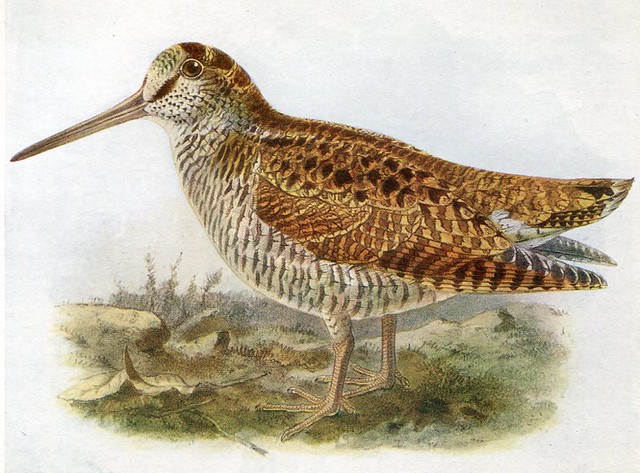 Woodcock season starts on 1st October, although it’s not possible to have a ‘woodcock shoot’ as such. When a shooter is after pheasants, or partridges, they might get a woodcock by chance, which is why they are so highly prized; it’s considered a bonus, a bit like a chef’s treat. In Brussels and Paris they are a delicacy known as a ‘bécasse’ and apparently they can go on the menu at £80 in some restaurants. EIGHTY POUNDS. Ochil give all their woodcocks to Andrew Fairlie restaurant (Scotland’s only restaurant with 2 stars, it’s within Gleneagles but run as an independent business). It’s traditional to serve woodcock with its (very long) beak speared through the body, and an expert Woodcock consumer will also eat the brains, considered a delicacy.

There are loads of geese in Scotland, some of which we saw gliding over Gleneagles in giant V shapes. They got protected in the 1960’s, which meant they could still be shot, but not sold. Just recently however, two butchers in Scotland have obtained licenses to sell wild geese again – one in Orkney, the other in the Outer Hebrides, the reason being that the goose population in those areas needs to be controlled. The buggers were eating the barley that goes into the whiskey, and the Scots were having none of THAT. There’s protecting a species, and then there’s the more important things, like grain distilled and aged into tasty, tasty liquor.

Venison (deer) is very lean meat. In beef for example, you would typically find about 40% fat, in lamb about 28%. In venison, it is 4%. Around Gleneagles you find the Red Deer stags (in season from 1st July to 20th October), which are large and live in glens and on mountainsides. The Roe Deer buck (1st April to 20th of October) is a smaller animal that lives on low ground, in the woods and around the golf courses of Gleneagles. You’ll know it by its white bottom. The fallow does (females), are a more delicate meat, and are in from October to early spring.

Game can be shot two ways. The first is called ‘driven’ which is when a group of ‘beaters’ or their dogs move over the ground flushing out the game ahead of them (usually grouse, partridge and pheasant) which then fly high over the line of guns. The second way is ‘over pointers’, which is when dogs basically sniff out the game, then get as close as they feel they can without alerting the bird, before assuming a rigid ‘on point’ position (with one leg lifted, looking straight ahead). This shows the shooters where the birds are located.

At Gleneagles we met some gun dogs and their trainers and had a go at giving them commands ourselves. It’s seriously impressive to see such well trained dogs obeying orders to fetch birds and then actually giving them back. You don’t want the dog to bite too much into the bird; you want it to have a ‘soft mouth’ because if a dog’s teeth damage a bird, the customer may not want it. There is another reason a bird can arrived damaged however (apart from the fact it has been shot and fallen from the sky, duh), and it is that the cartridge used to shoot actually contains many pellets, not just the one that people find in their bird as they eat it. You didn’t think the shooter was THAT accurate, did you? I think I may have done… 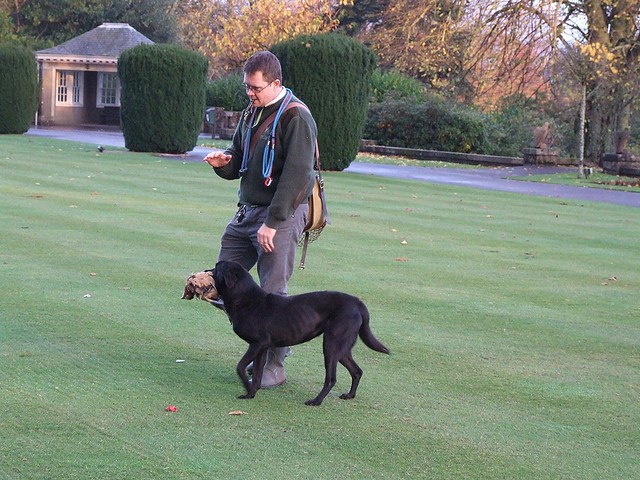 Gun dog carrying a pheasant during a demo at Gleneagles

Despite the fact we are now eating more game than even a few years ago (before much of it was exported, particularly to Germany), there are still problems with availability. Some of the supermarkets stock it, but the problem with selling to them is the difference between the ‘true value’ and the price they want to pay. It takes a very strong willed person to say no to accepting a deal on a large volume at a price that is below actual value. From the supermarket perspective, the birds are very difficult to subject to stringent checks (such as passing over magnets) and it’s hard to tick all the boxes that eventually allow a bird to make it onto the shelf. Venison has been more of a success, because it doesn’t ever contain lead shot.

Sigh. So many people’s hands tied. We need to increase demand if we want to see more game in the shops and I think it’s also important that we learn to cook it properly. At the moment people tend to eat game in restaurants because they don’t know what to do with it. I think the same is true, to a lesser extent, with fish. It’s such a pity. Get your game on (groan), because there’s a beautiful wilderness up in Scotland packed with excellent birdies, and I don’t mean just on the golf course (badaboom).

The Gleneagles Hotel serves game in its Strathearn and Andrew Fairlie restaurants. See the hotel website for menus and details.

I stayed at Gleneagles as a guest of the hotel.