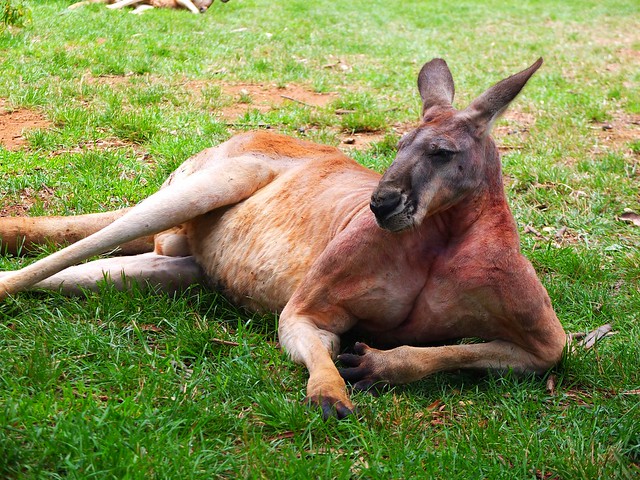 So Australia’s quite far away, then. I mean I knew it was right ‘down under’, but blimey. It’s worth a look, though. Sunny, too. Remember sun? Australia’s got shitloads of it; everyone schlops about in ‘thongs’ (flip flops), wearing ‘sunnies’ (sunglasses), getting on the gas (on the piss) and feeling ‘wrapped’ (happy). Okay so that’s a stereotype, but I wanted to show off my new knowledge of Aussie slang, and I’m afraid there’s a lot more where that came from.

Anyway, Adelaide. Loved it. I ate a lot of good things and met a lot of good people. Here are some tips if you’re heading over that way. 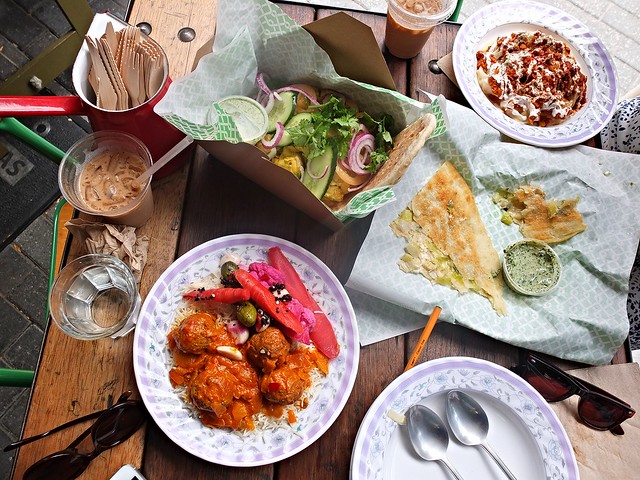 This Afghani restaurant was the first place I ate in Adelaide. A strong start. There are quite a few Afghani restaurants in Australia because the Afghan people were responsible for establishing Islam there, and they also opened up vast areas of the outback via the ‘cameleers’ – groups of people with camel trains, traversing un-charted country with their bristly load-bearing beasts. 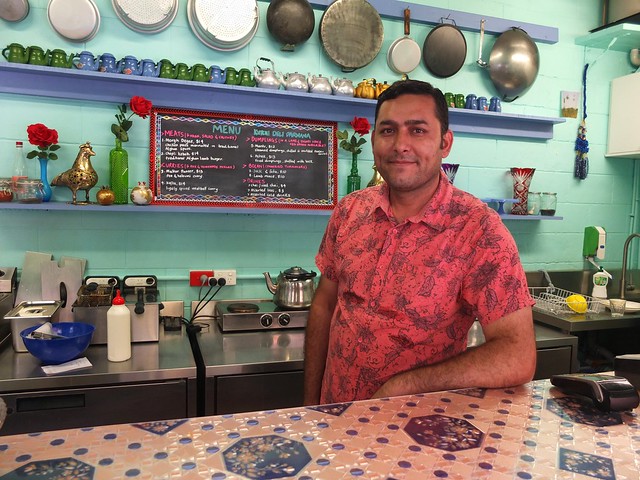 A man called Sayed Ayaz Asna runs the kitchen at Kutchi Deli Parwana, and his parents-in-law a larger, original restaurant (called Parwana). We ate ballsy kofta – lamb meatballs with cardamom and black pepper, throwing their weight about in a rich sauce. They came with snappy-as-hell pickled carrots, cucumber, cauliflower and garlic cloves, coloured pink (the colour apparently coming only from the carrots), and speckled with nigella seeds. 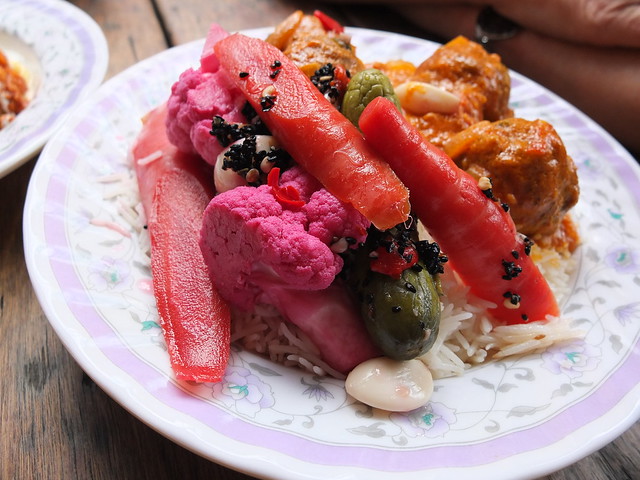 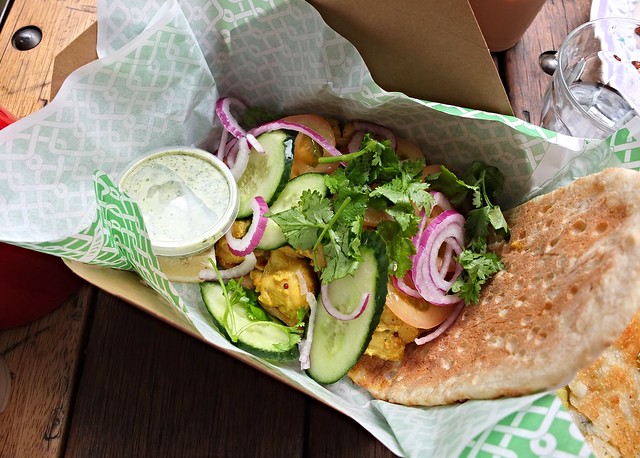 Morgh degee was chicken marinated in yoghurt and gentle spices, yellow with turmeric, cosy in a naan bread holster. There are many regional variations in the shape of naans; this one is like a big platypus bill, others will be rounder, others teardrops. It came with onions, coriander, cucumber and minty yoghurt. I longed to pick it up like a giant sandwich but sadly had to share it with someone I’d just met. Oh, and I mustn’t forget the bolani, like a Turkish gozleme,  stuffed with leeks and feta, the house-made dough so soft it was like eating a baby blanket with cheese.

2. Shopping in The Adelaide Hills 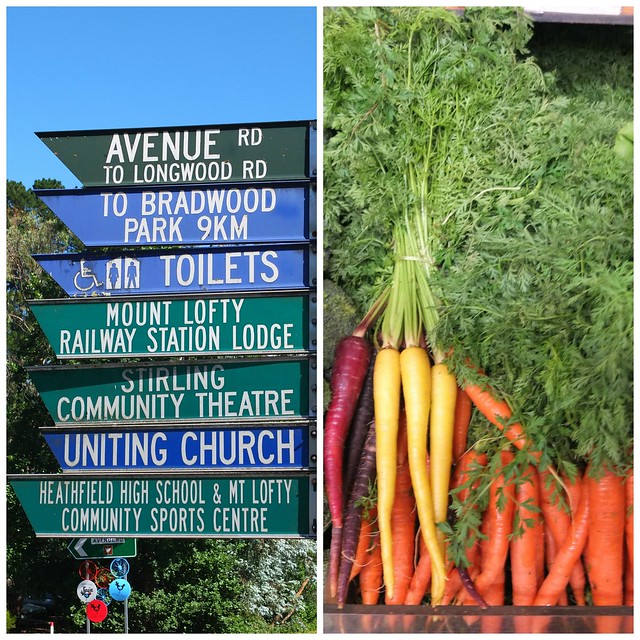 The Aussies are really proud of their produce, and the shops in The Adelaide Hills are full of great stuff, really beautiful vegetables in particular. 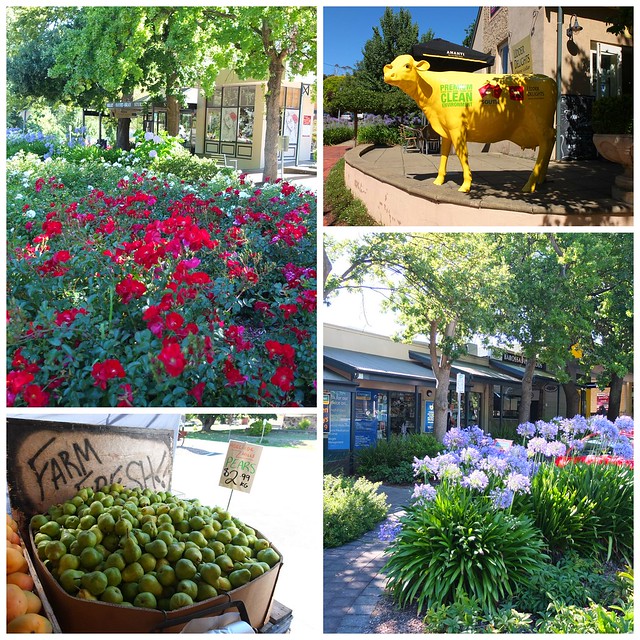 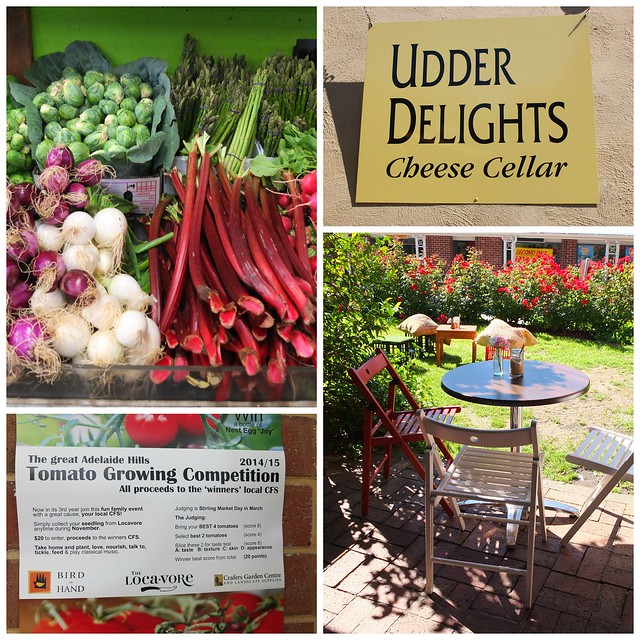 There’s a real small village feel to the Adelaide Hills, and they’re beginning to shake off the ridiculous Bavarian lederhosen fancy dress vibes they had going on with some of the shops. Hahndorf was Australia’s oldest surviving German settlement, and someone really went to town on promoting that fact to tourists. Don’t worry, the good stuff has been preserved (meaning basically you can still buy a hundred million squazillion types of wurst).

3. Wineries in The Adelaide Hills and McLaren Vale 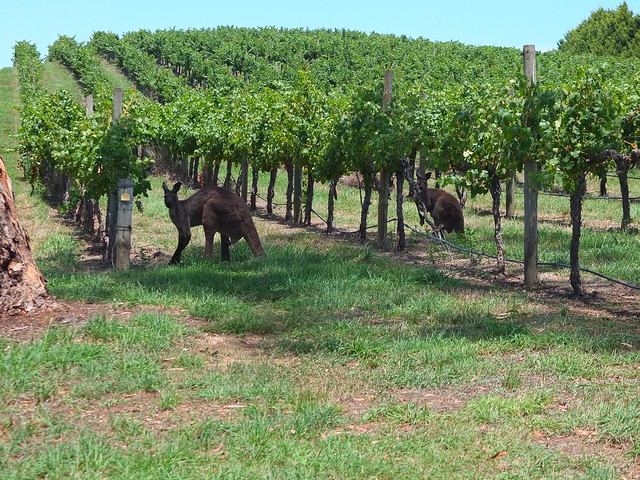 It would be a crime not to visit some wineries, and three that are really worth a look in The Adelaide Hills are Shaw and Smith, Hahndorf Hill and The Lane.

The first things you notice as you sweep up the driveway at Shaw and Smith, are the utterly immaculate vines. I’ve never seen anything like it, and I’ve wobbled around a fair few vineyards now. The neatness of trimming would surely rival George Michael at his most fastidious, goatee-grooming peak. 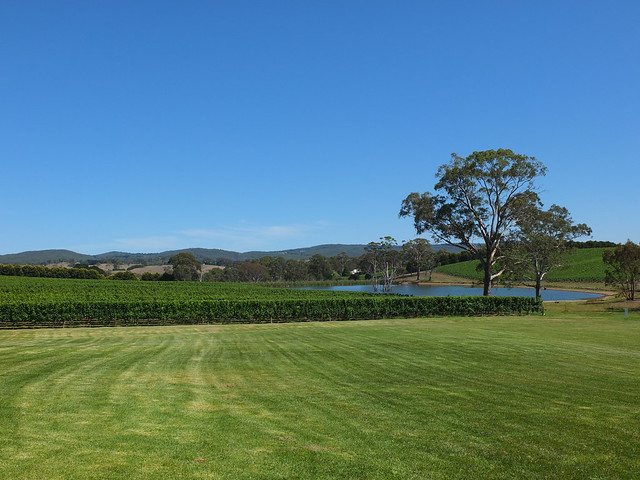 They grow a lot of shiraz at Shaw and Smith, which was my favourite grape on the day. Aussies are moving away from the big, bullish, oaky style of this varietal towards something a bit more balanced and elegant. For some arse-about-tit reason, they still refer to their Shiraz as ‘cool climate’, though. Australia’s pretty hot, mate, in case you hadn’t noticed (wine bores: don’t bother chipping in, I know it’s to do with temperature drop-off. And now you have spoiled my joke).

Hahndorf do something called a ‘ChocoVino Experience’ (yeah it’s chocolate and wine matching) which, I’ll have to put my hands up and say, wasn’t for me, but you have to admire their chutzpah. Something people talk about a LOT in the Adelaide Hills is ‘point of difference’ which is the same as USP as far as I can tell. There are a lot of wineries up there and they need to offer something unique. Personally, I reckon their wines do a good enough job of selling themselves. 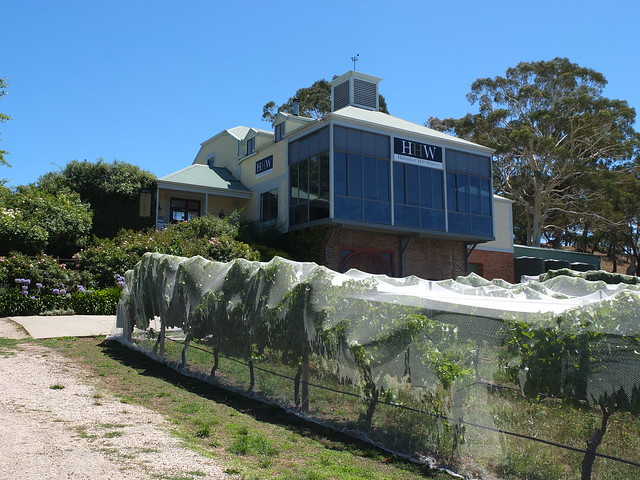 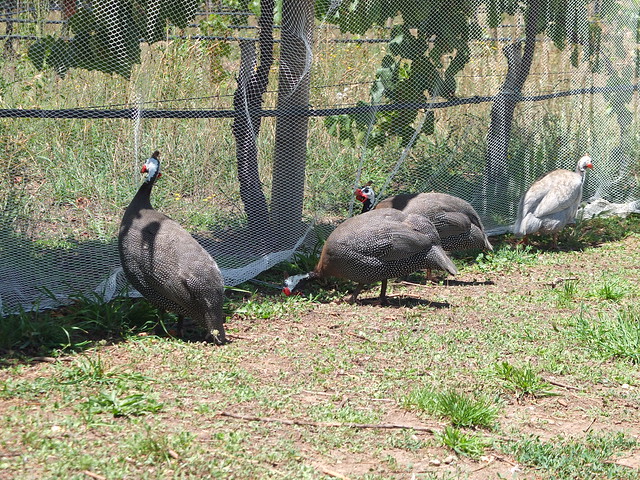 The Lane though, well, that place is something special. They’ve got wonderful wines but they also have a really quite brilliant restaurant. Yes it’s well designed, yes the people are fantastic at their jobs, yes my fish was perfectly cooked and covered with a fairy’s cough of dainty herbs and of course, my pickled cauliflower with goats’ curd and pomegranate kicked ass. Really though, nothing could’ve prepared me for the dessert. It sounded quite rank on paper, to be honest, so when someone else ordered it for the table I just nodded and smiled politely, but then blow me down if it wasn’t the best thing I’d eaten in like, a whole donkey’s year. It was sweetcorn ice cream, sitting on top of tapioca, garnished with candied lime, toasted coconut, puffed rice and shards of caramel and it sounds, I know, like an Alpen nightmare. I don’t understand how someone took frogspawn and muesli and made it into the tastiest dessert I’ve ever eaten, I really don’t. 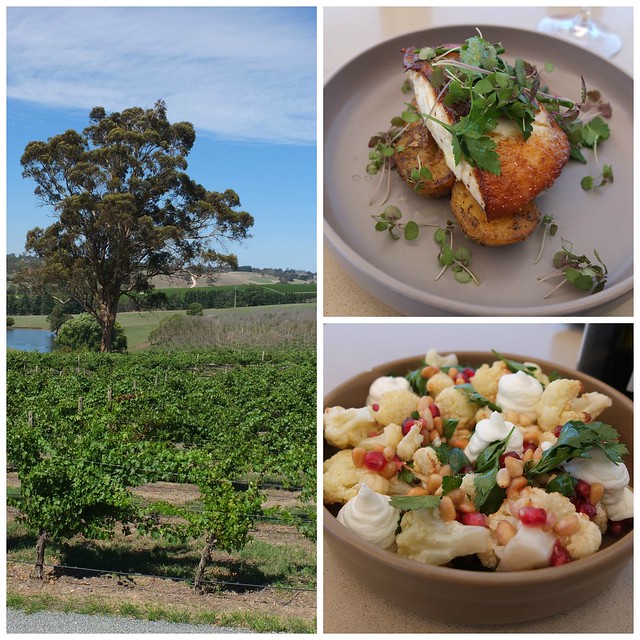 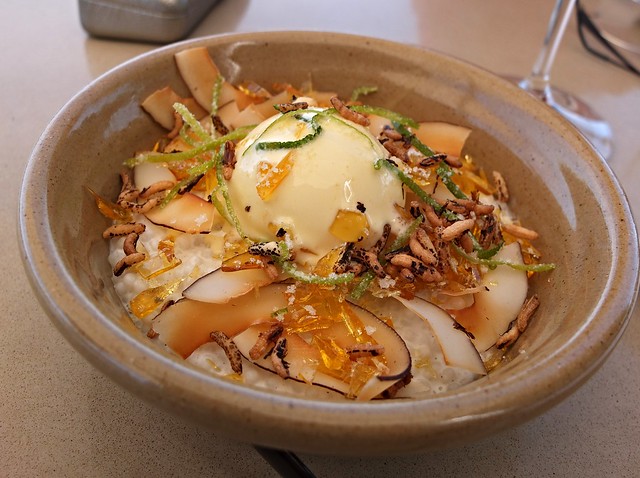 I also visited Longwood Estate in The McLaren Vale, owned by a guy called Phil Christiansen who is one of those people you end up gushing about “oh he’s just the NICEST guy” and so on. He is, though, and his wines are superb. I brought some back in my suitcase, which cost me $40 in excess baggage but hey, totally worth it for bubblegum grenache and rich textured pinot. Get there to visit him if you can. He doesn’t have an open cellar door as such, but I’d bet money he’ll give you a private tasting if you sling him an e-mail. 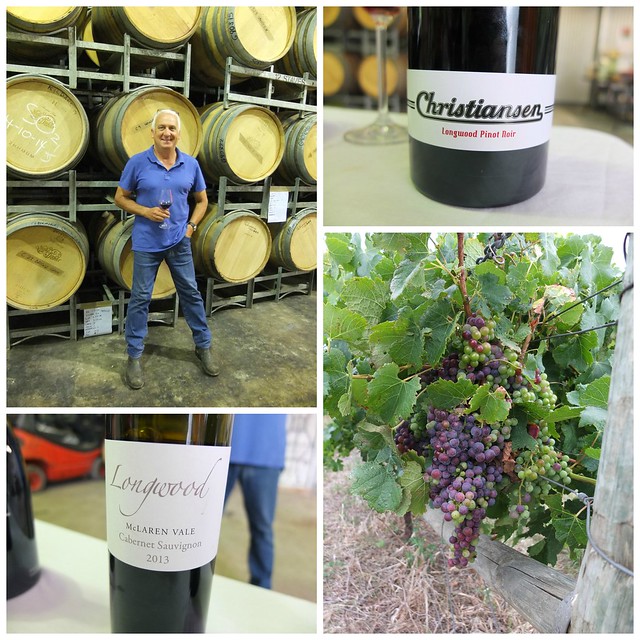 This is a bit like the Borough Market of Adelaide (apparently it’s the most visited place in South Australia) but without any of the cynicism or the sense that it’s out to bleed you dry. People actually do their shopping there so, you know. 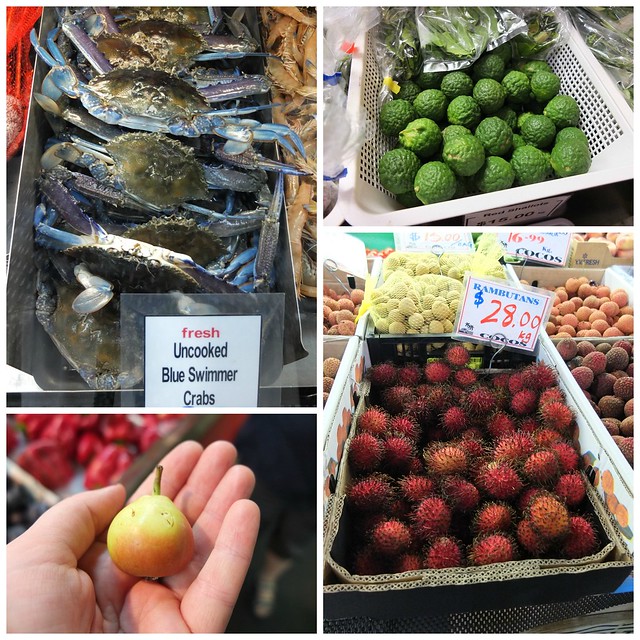 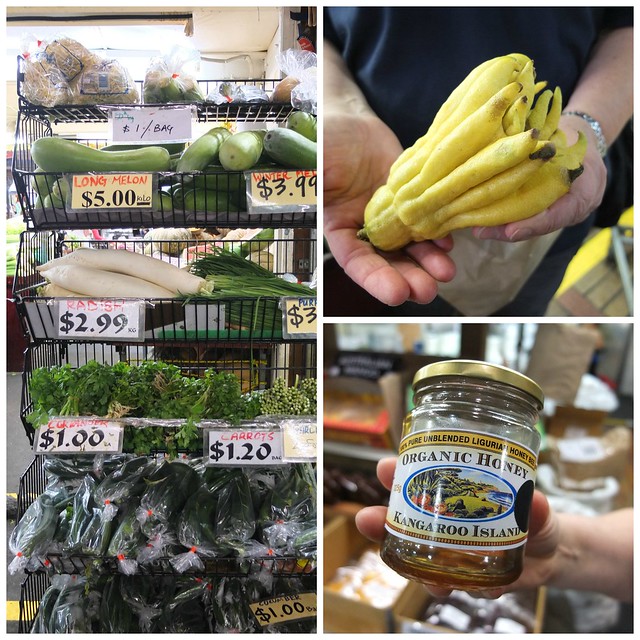 Clockwise from left: vegetables at an Asian supermarket, a buddha’s hand citrus fruit (a little past its best), which apparently have an amazing flavour (can’t believe I didn’t buy one), but our guide told us that people also use them to fragrance their homes. Bottom right – a pot of honey from Kangaroo Island, apparently some of the best in the world. 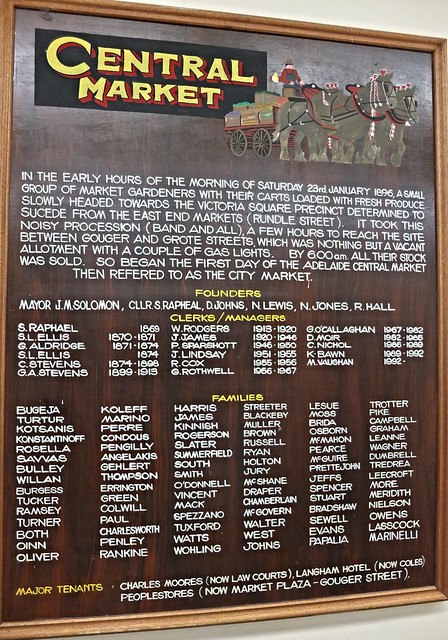 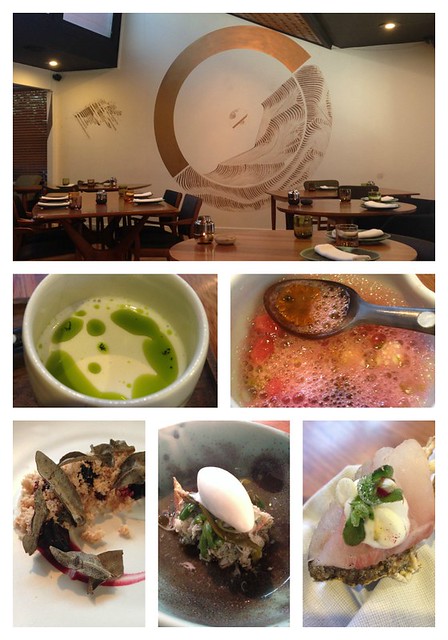 Finally, if you can afford it, then you really must go to Orana.