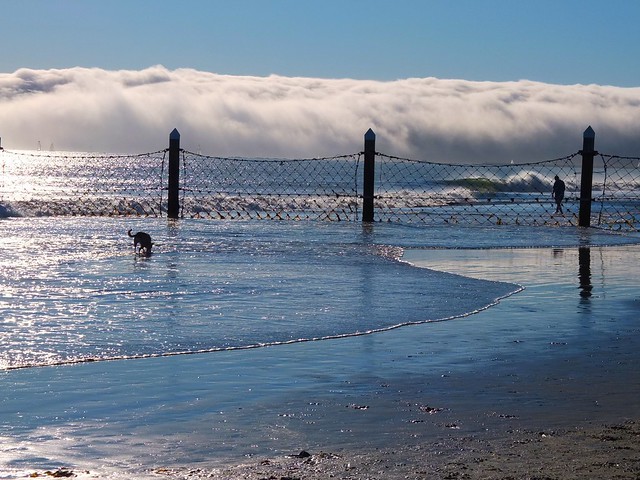 I really didn’t expect to love California as much as I did, which is ridiculous. The place is beautiful for a start; the streets are lined with skinny palms, their rustling, sun-beaten fronds reaching up to cloudless blue sky. There are stunning beaches, like the one above, a special beach where people can take their dogs. That’s some fog rolling in over the sea, by the way, because even when they have so called ‘bad’ weather in San Diego, it looks breathtaking. The people are really friendly, too, and not even in that nasal ‘have a nice day’ OTT way that makes British people shudder and try to cut their ears off. And then of course, there is the food, which you can bet your bottom dollar (a lot of dollars have contributed to the size of my bottom) is really very good indeed.

A small disclaimer before I begin this list. I am assured that it is very easy to eat healthily in San Diego (it is California after all, land of hippies and ‘my body is a temple’ freaks), but we were there for the good/bad stuff. So brace yourselves. Here are ten things I very much enjoyed sending down the hatch. 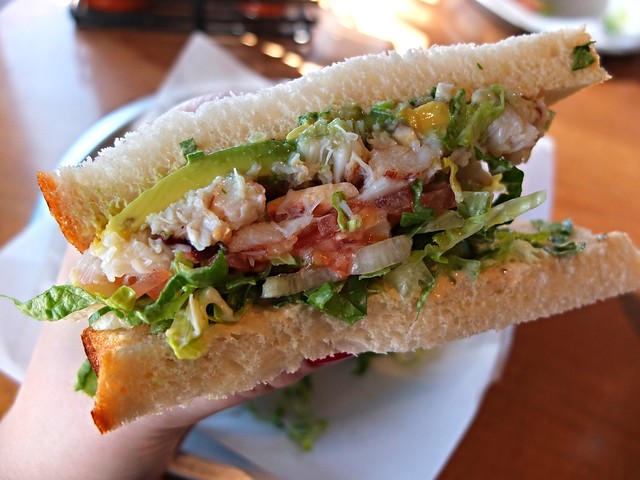 Oh, the glorious sandwiches of San Diego. Behold, the crab sandwich at El Pescadore Fish Market, stuffed with sweet Dungeness crab meat bound with just a little mayo, and lots of very fresh salad. And the avocado! The buttery joy. My friend actually asked if there was butter in the sandwich; there wasn’t, it was the avocado. The bread was super soft and pretty much without any flavour of its own – perfect in this instance. Sometimes I just sit down and have a little think about the fact it will be at least a year before I get to taste this beauty again.

If you’re in this area, you can also visit the Torrey Pines Nature Reserve, which is – wait for it – yeah it’s really beautiful. 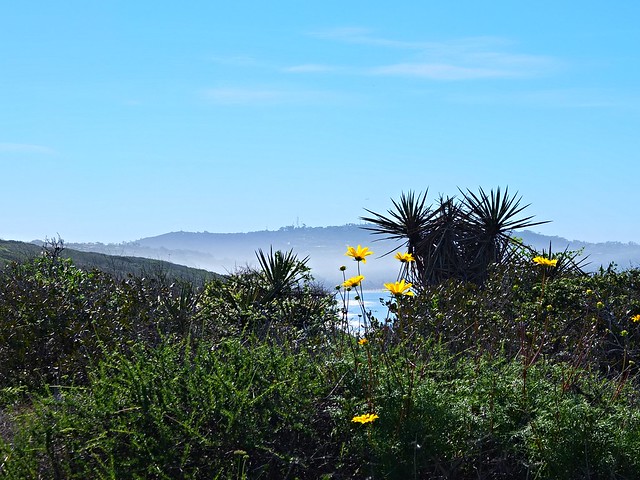 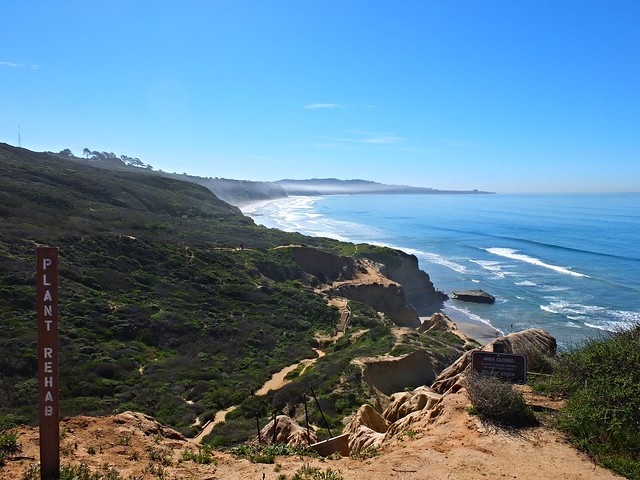 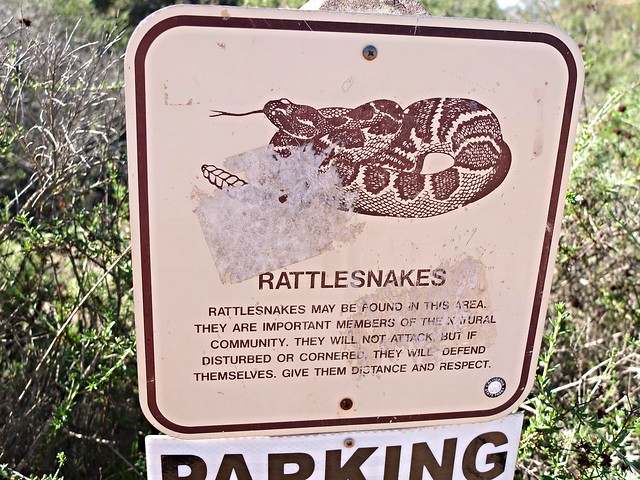 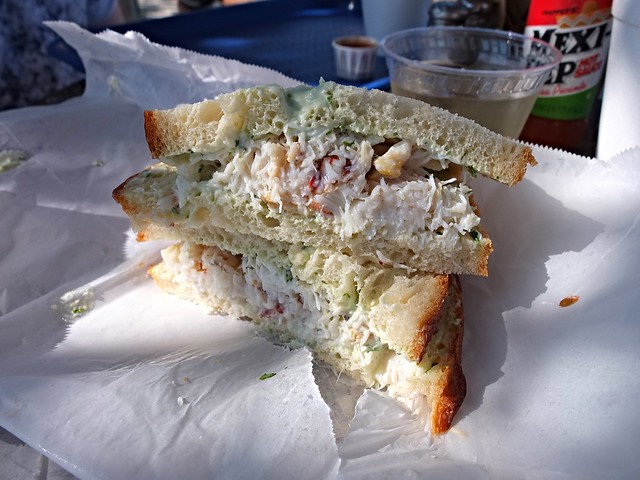 Another day, another fat crab sandwich. This time, it’s straight up crab, an outrageous amount in fact, the equivalent of which would cost you a squazillion pounds in London; there’s herby mayo with just a hint of tarragon, and again, the softest white sandwich loaf, completely devoid of personality. This is bread that knows its place. A tickle on the inside with the Mexi-Pep hot sauce you can see in the background and a crisp glass (plastic cup) of white wine and this was the perfect last-day lunch in San Diego after a walk around the stunning Point Loma itself. Yes, I did feel like crying because I had to go home.

Here are some pictures of the terrible eyesore that is Point Loma. 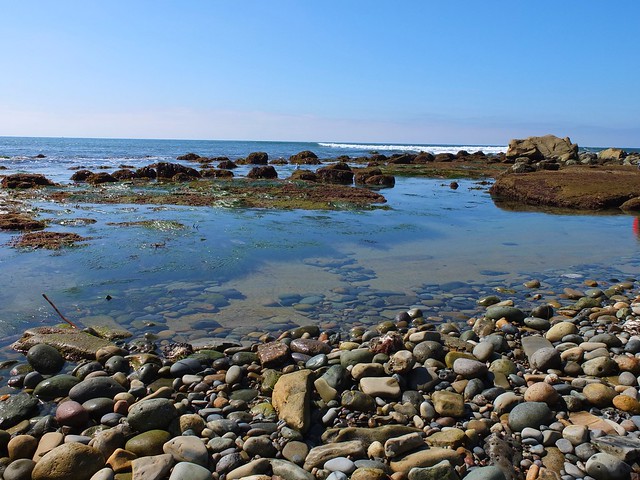 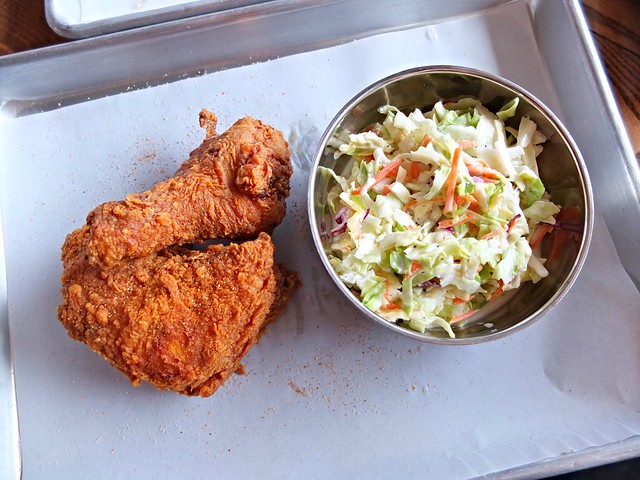 How often have you had really good fried chicken? Think about it. Not very often, is the answer. My favourite still has to be Mama Lan’s in London, due to the exceptionally crisp coating and sheer brilliance of their sweet, bitty, house-made chilli oil, but for Southern style, this hit the spot. The coating had that marvellous craggy texture, and the slaw that milky freshness which makes you feel like you could eat an endless stream of fried things and it wouldn’t matter one bit.

Also, I never thought I’d find myself writing this again, but the fried pickles were awesome. Behold. Is it a battered sausage? Is it a giant orange finger severed from the deep frying monster? No, it is the deep fried pickle that is finally worth eating. Massive, juicy and tasting mostly of – gasp! – pickle, with a light crunchy coating and paprika laced dip on the side. I ate two. Then I ate the remains of the half that my mate left behind. Then I ate some slaw so it didn’t matter. 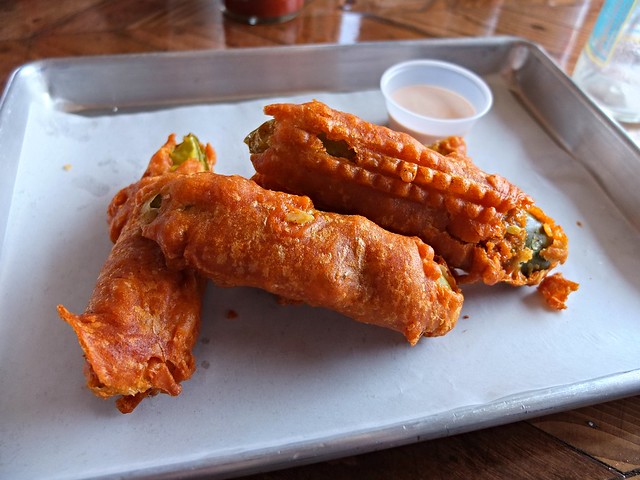 Problem with this place is, you gotta walk around San Diego to get there, and boy, is that a chore… 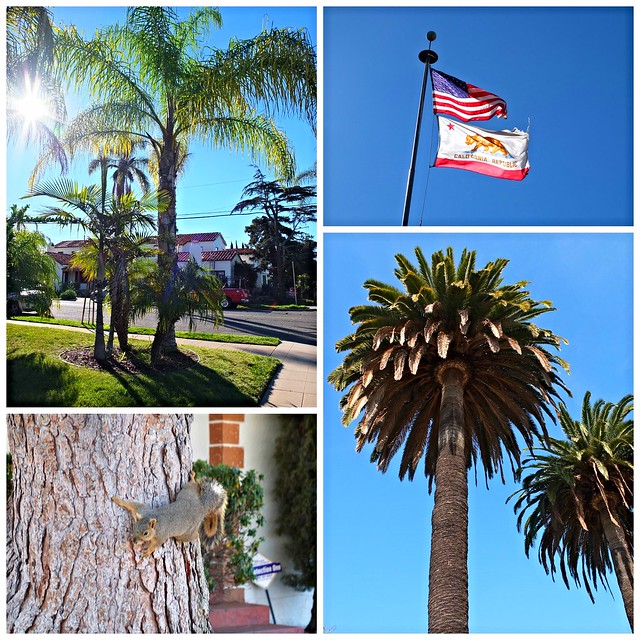 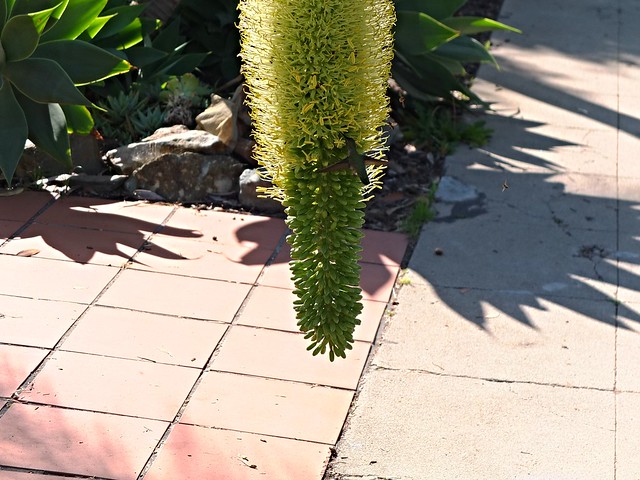 4. Bag of Seafood at Crab Hut 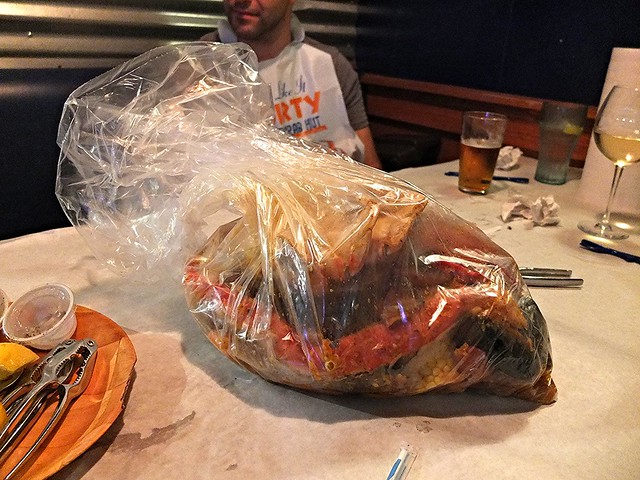 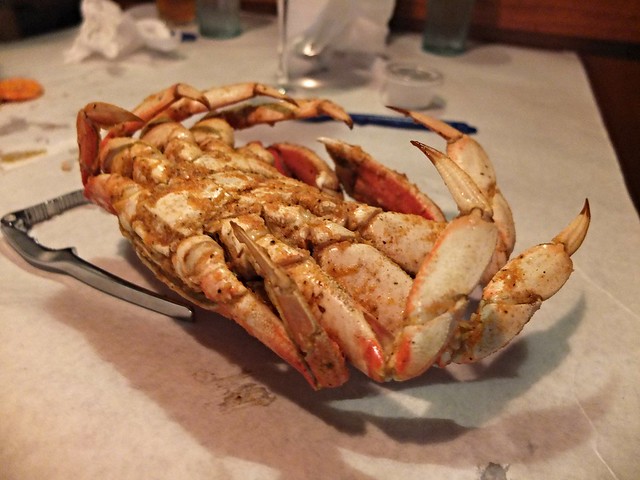 My pals were, quite understandably, a little concerned about going for dinner at the kind of chain restaurant that calls itself something ‘hut’, hands out disposable bibs and serves your food in a giant plastic bag dumped in the middle of the table. I couldn’t blame them. For some reason though, we went anyway and it turned out to be brilliant fun. A warning: if you don’t like getting dirty, then Crab hut is not for you. If, however, you like to spend an hour fishing about in a bag filled with delicious crustaceans cooked in your choice of seasoning, stopping only to mop up the remains with buttery cornbread and remove a piece of viscera from your neighbour’s hair then, my friend, Crab Hut is the one. I loved it. Yes, some of the seafood does tend to over cook by the time you get to the bottom of the bag but seriously, just eat faster. 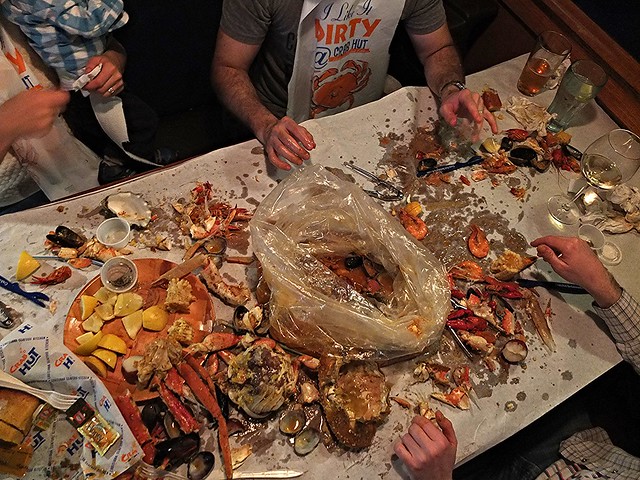 I present to you the aftermath of a seafood ‘bag’ for four people and a very small child. I still feel a slight swell of pride. 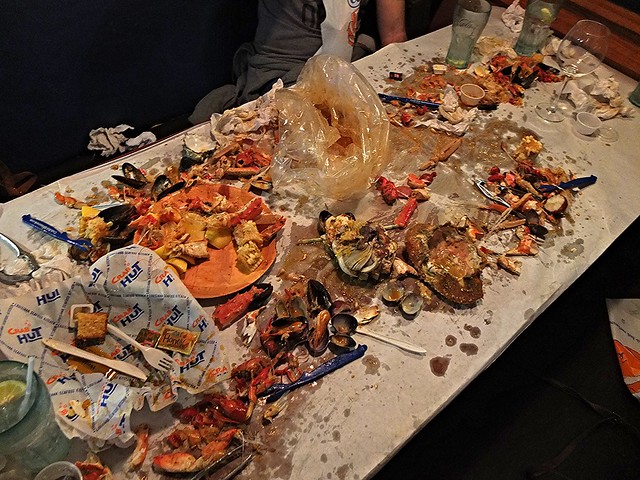 Hodad’s is a burger joint in an area called Ocean Beach, which I’m fairly sure was a level on Sonic the Hedgehog. You know, the one with all the palm trees and beaches and that. It’s basically full of surf shops and hippies as far as I could tell but in the middle there is this queue and it leads into Hodad’s where they sell burgers of exceptional deliciousness. The decor is of the ‘car number plates and booths’ variety but because you’re in actual America in actual California rather than in some armpit of Soho on a soggy afternoon, it feels fun rather than forced. 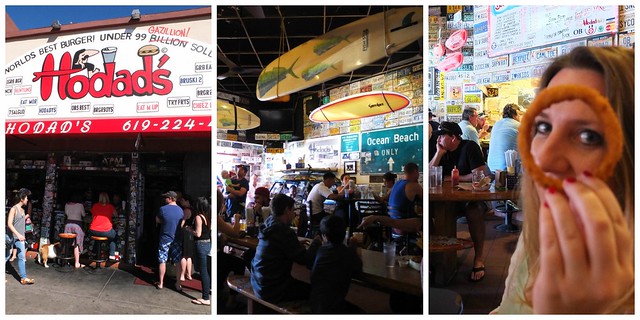 The bacon cheeseburger is a thing of wonder, by the way. They boil that bacon then strip it and press it into patties before frying it and putting it into the burger. This means that all manner of nooks become crisp and then soft and salty. It’s the best bacon cheese you’ll ever eat. 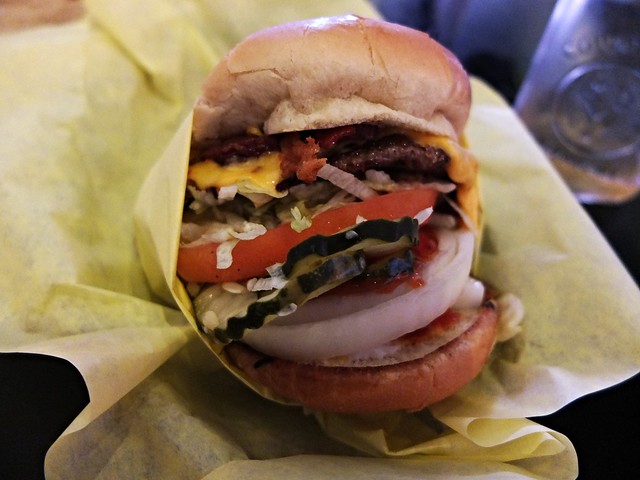 6. The Mexican Supermarkets and Mexican Food 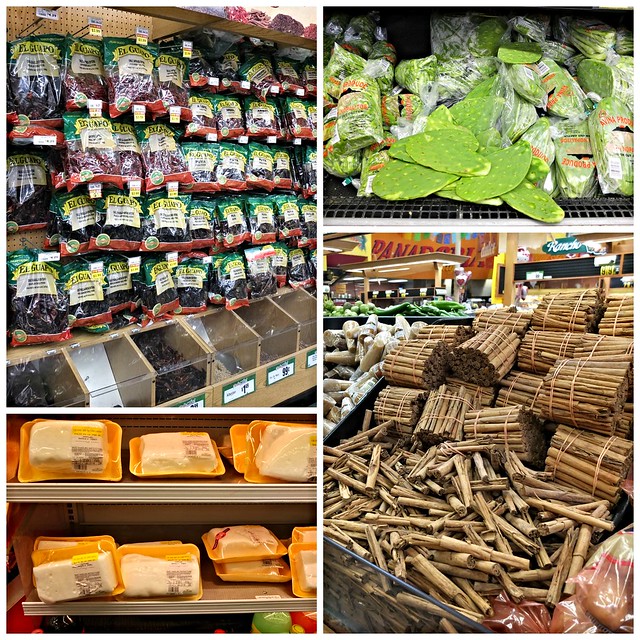 San Diego is right next to the border with Tijuana, and so the Mexican food is fantastic. You must visit a Mexican supermarket to gawp at the dried chillies – you know, the ones that cost us a tenner for 6 at Borough Market – just piled up to grab by the fistful. The spices are what you would call ‘proper’ (just look at those cinnamon sticks) and the herbs are fresh, verdant, just begging to be bought and cooked with. No measly 60g packets here. You have to admire the Mexican fondness for pork fat, too. I mean, check out those slabs of lard, like breeze blocks.

After shopping here we went to a cafe next door to experience one of the weirdest drinks I’ve ever tasted – fermented masa with lime ice cream. The masa had the funk and fizz of a ferment, while the sugar turned it sherbety and fun. Bit of a head fuck, to be honest. The finest zesty ball of e-numbers and colourings on top, please. 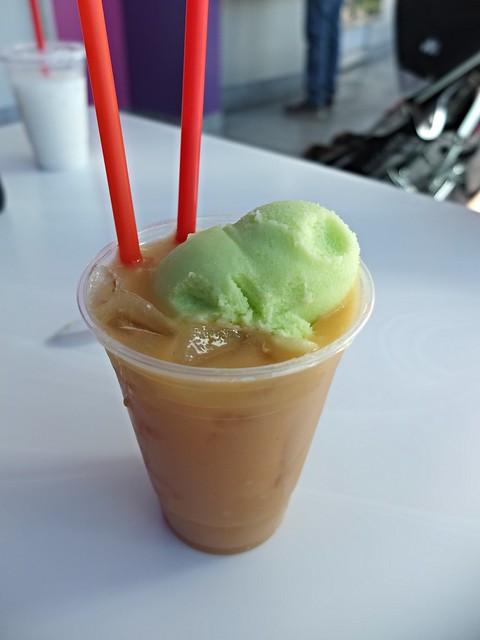 This was also my first encounter with a mangoneada, which is as good an example as any of the brilliant things that Mexicans do with fruit and chilli powder. Mango pieces, mango sorbet, and chilli sauce was fiery but addictive, and came with a straw wrapped in a sort of chewy tamarind and lime paste, apparently a popular children’s sweet. 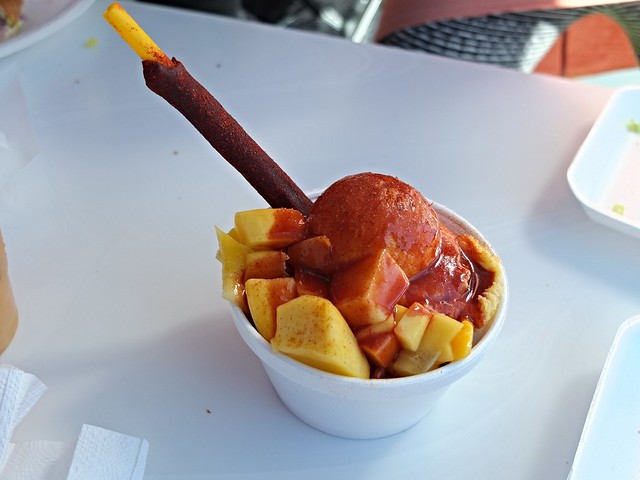 The tacos I will get to (see No. 8), and the tortas, well, I barely had time to get started. 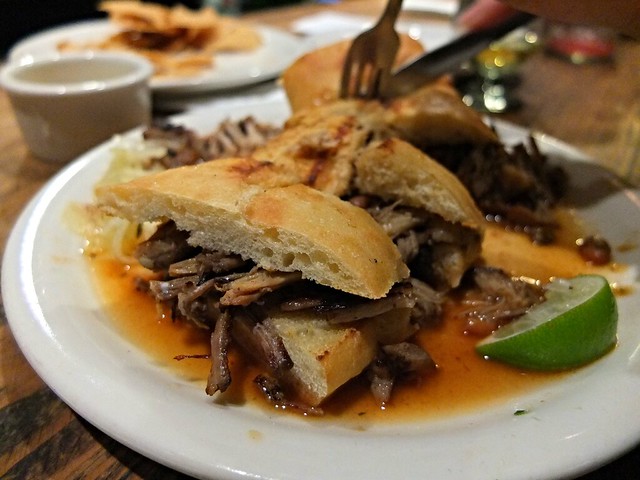 A torta ahogada or ‘drowned’ torta. There’s a recipe for one in my book 101 Sandwiches. 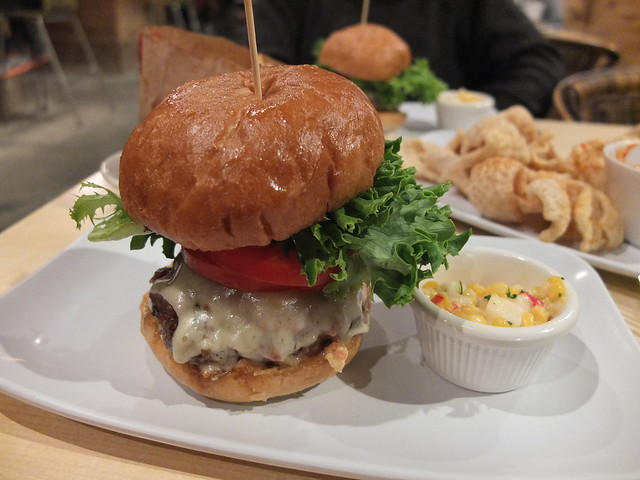 Carnita’s Snack Shack really does look just that, a shack on the side of the road where you order, then pootle on around the corner to find a sort of pub seating area out the back. It’s not really the kind of place you’d want to hang around, and also the burger doesn’t seem like the kind I’d ever really like to eat. It’s too tall and stuck together which a skewer for a start, which isn’t really my bag, and it has bacon jam, which I don’t really like. Or rather, I maintain that I don’t like it, despite enjoying it on several occasions. Okay two. I guess it had the same kind of salad laden appeal that a Burger King Whopper does, ooh, say, every five years or so. It’s kind of fresh tasting compared to it’s competitors. Hey someone should make an ad campaign out of that. Oh.

Tacos el Gordo is located in the border town of Chula Vista. Inside, it’s chaotic and bright. Mainly chaotic. There are several queues, but it’s hard to work out what for. In fact, at almost every point during the good half hour it took to place an order I had pretty much no idea what was going on, but the important thing is that I toddled off to a table at the end of it all with a tray bearing the best damn tacos I’ve ever eaten.

Tacos de Adobada were my favourites – pork shaved off a giant rotating meat cylinder (mmm, meat cylinder), the resulting scraps falling into the fat and juice beneath, then scooped up and into the earthy corn taco. A woman thumped continuously at a taco press, turning out disc after disc of pressed masa. Another guy seemed to be responsible for the offal (for they specialise in offal at TeG), another for slinging grilled spring onions, peppers and chillies onto plates. You seem to be standing in one queue and then another for ages, until suddenly several plates are flung towards you and you’re off, to another queue to get your water, or to pay, and then finally to your plastic table to woof it all down with greasy mitts. I’d give anything for a table-full of tacos, mulas (sort of taco sandwiches) right now, fingers and wrists dripping with fresh salsa.

I asked a vast Mexican man I met at the airport, where I could have found the best tacos in San Diego. He gave me a smug look and said, “ha! You will never go, it’s a place right on the border, not for tourists…it’s called Tacos el Gordo.” Well, in your FACE, know it all. Or rather, in mine. 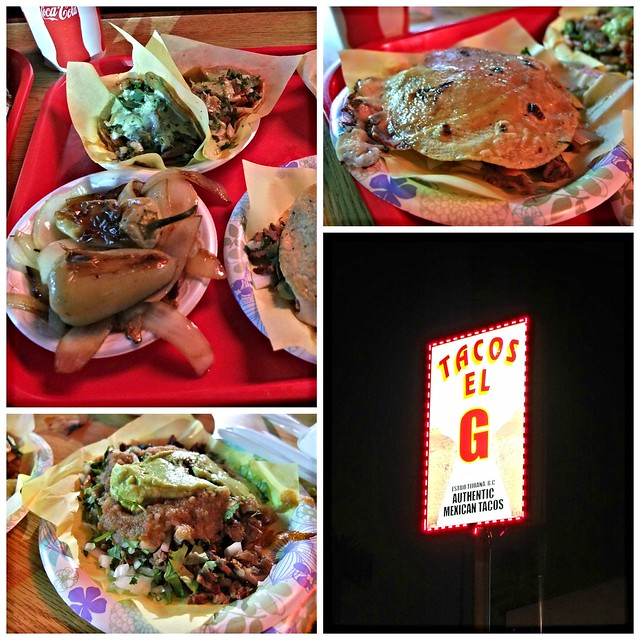 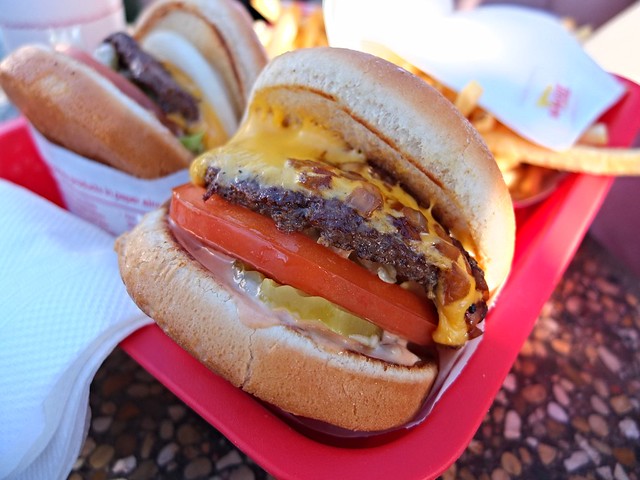 This Californian chain just has to be visited. We all know now that you can order off menu, right? Right. So I ordered my burger ‘animal style’ (with a burger sauce), thinking I was being clever. Then I posted it on Instagram and someone told me I can order it ‘medium rare animal style with chopped chillies’. There will always be someone more off menu than you. Anyway, these burgers are a bit like the Maccy D’s cheeseburgers by which I mean they are inhaleable. They also have that amusing gaping Pac Man mouth presentation which I will never tire of. They’re perfect, really. I wish we had them here.

Just be careful, that’s my advice. There are craft breweries on every corner (seriously) in San Diego, and if you like the stuff you’ll be in heaven but what they don’t tell you, is that it’s pretty much always knocking on for 10%, or at the very least 6 or 7. My mate and I got tanked on the first evening without even meaning to and I’ve barely touched the stuff since (since February).

And on those sage words I shall leave you with just a few more snaps  because – I’m not sure I even mentioned it actually – San Diego is really pretty. 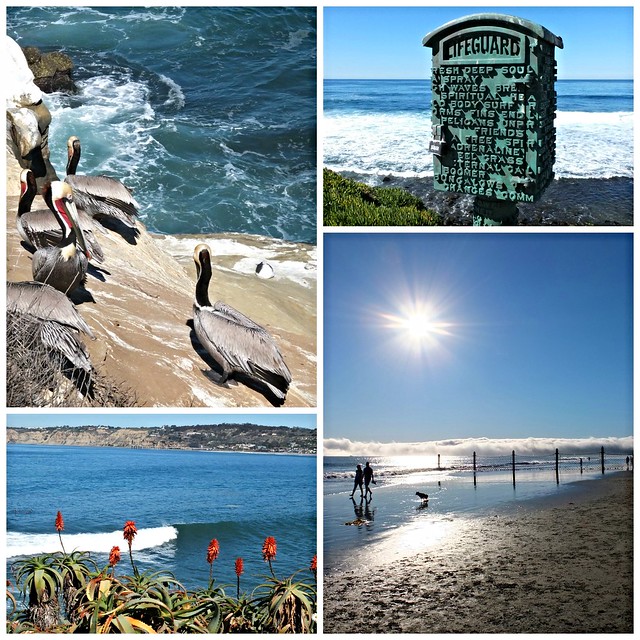 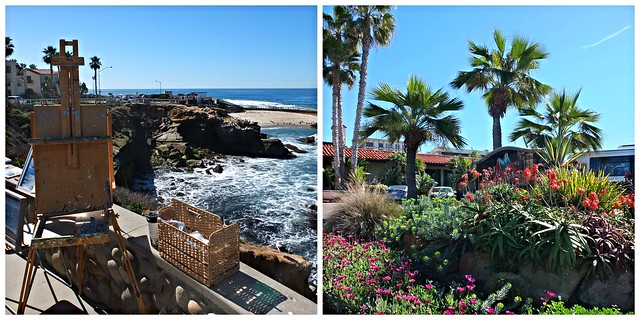 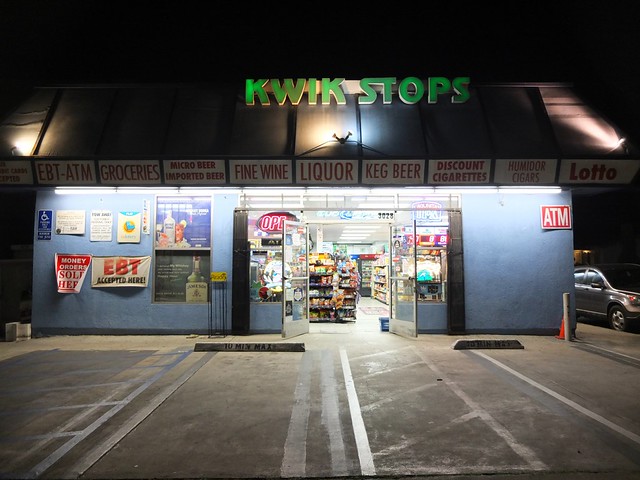 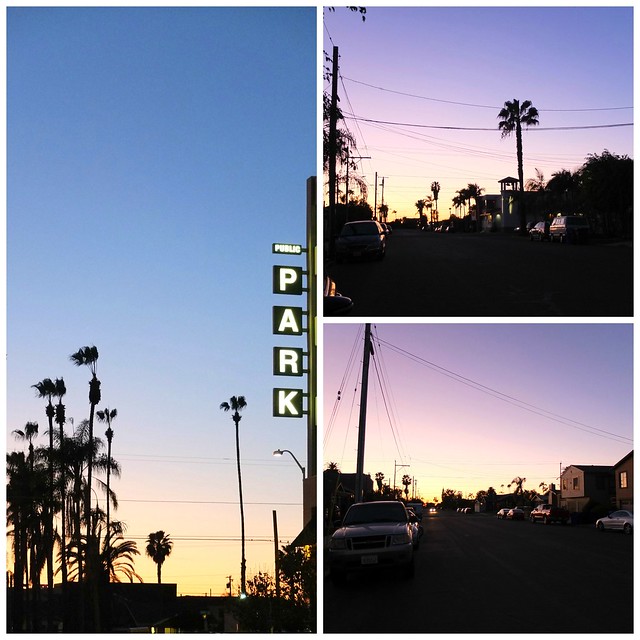