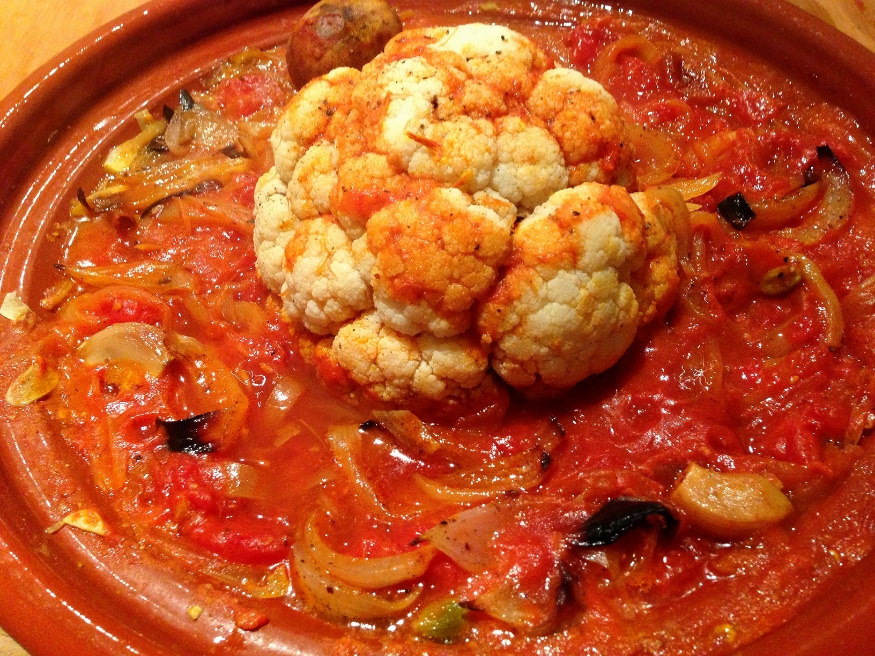 Diet? January? Pah! I’m sorry but we need insulation during this snowy month and I’m all about blubbering up. Okay I’m actually going to join the gym as soon as I get paid. I’ve spent the past couple of weeks eating things like langos, an Italian feast and my own body weight in melted cheese at Forza Winter. Oh, and after Forza Winter I ordered a pizza at 2am. And then finished it for breakfast. And then and then and then and then. So you see I need to cut down on the cheese intake and up it on the veg side of things, which is how this cauli tagine came about.

The cauli is one of my favourite vegetables, and the once poor, unloved brassica is now apparently back in favour. I’ve wanted to steam one whole for ages and it seemed perfect for the tagine; it would cook gently inside, picking up all the spiced aromas over and hour or so. It would also look pretty snazzy on the table.