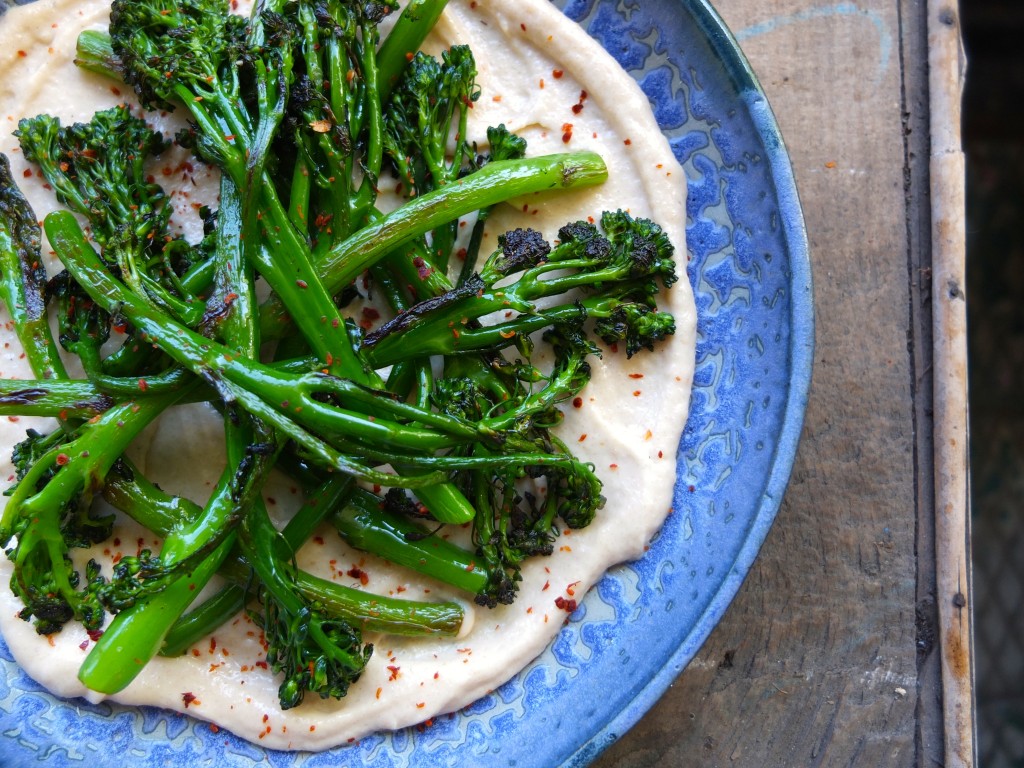 This is the bit where I’m supposed to write about how home made taramasalata is so much better than the artificially coloured stuff you can buy in shops. It is of course, but you’ve heard it before, and anyway I love it so much I’ll eat any version – posh, cheap, white, pink, whatever.

I will say however that there is a sort of ‘mayonnaise moment’ when making tarama for the first time, by which I mean that you will be shocked by how much oil goes into it. You’ll have to get over that because it tastes brilliant, just like its eggy friend mayo, and what are you going to do anyway, drink the stuff? That said, this version has a high amount of roe in proportion to oil, resulting in a rich tarama which is a perfect complement to the bright iron twang of the charred Tenderstem. Cook it on a BBQ for maximum smoky effect.

Tenderstem broccoli (allow as much per person as you like, 5 or 6 stems should do it)
A little oil, for frying

Cut the cod’s roe lobe in half and scoop out the roe with a spoon. Soak the bread in the milk for a few minutes, then add to the bowl of an electric mixer with the roe (you could also do this by hand if you have endless stamina and/or you don’t particularly like yourself). Mix the two oils together. Turn the whisk on high, then add the oils as you would if making mayonnaise, i.e in tiny drops to start off with, then in a very thin steady stream, incorporating it slowly. Beat in the lemon juice and some pepper.

Cook the broccoli for 3 minutes in boiling salted water, then drain. Either brush a griddle pan with a little oil, then char it in the pan, or cook it on a BBQ. I prefer the latter. Serve on top of the tarama, sprinkled with chilli flakes.