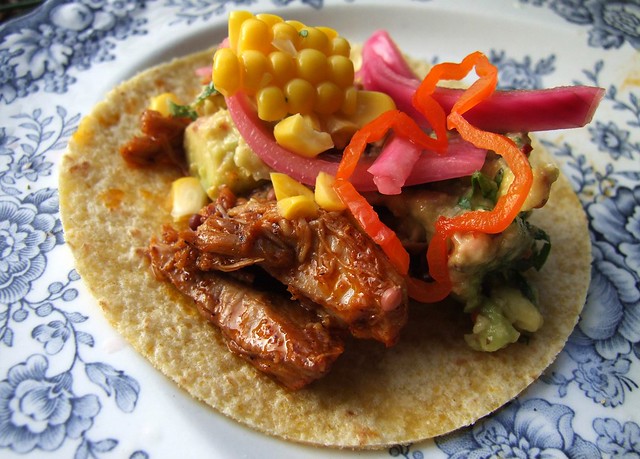 I’ve been thinking hard about how I’m going to use up my three huge jars of pickled corn. I’ve been gnawing the kernels straight off the cobs but it’s starting to feel like a missed opportunity.

I thought they’d make an excellent taco topping and originally wanted to do some kind of breakfast tacos, before realising that the idea of breakfast tacos is kind of gross, actually. I feel the same way about breakfast burritos. I love eggs, but I don’t want them all squished inside a tortilla like a big farty roll up.

So here we are with cochinita pibil, a Mexican dish of slow cooked pork – traditionally a whole suckling pig – rubbed with annatto and sour orange juice, wrapped in banana leaves and cooked in a pit. Annatto is a seed which colours everything orangey-red. In Mexico it is used in cooking but also to make dyes and body paints, and in the UK it has been used to colour cheese (such as Red Leicester) for centuries, as it was thought that the more orange the cheese, the better the quality. There’s a rather obvious lesson here, which is that annatto is extremely effective at colouring things, particularly hands, clothes, cats, whatever happens to be nearby. I wouldn’t advise accidentally snorting it either, as I did when I was enthusiastically smelling my spice blend; it reminded me of a time in Iceland (THE COUNTRY) when I was given some snuff by a man in a bar and I thought I’d ‘give it a go’. Possibly the most painful half hour of my life.

Anyway, this recipe for cochinita pibil is made with a pork shoulder, and cooked in the oven wrapped in foil, although you could do it on a BBQ. Quite why it has taken me so long to re-create a recipe I thought was so, so fine the first time around I have no idea. This version is even better as I’ve tweaked it here and there. If you’ve never made it then get yourself some annatto off that there internets and get rubbing (after you’ve put your gloves on). You’ll inhale the results.

Once we’d pulled the meat apart, and rubbed it around in the glorious juices, it went onto tacos with a dollop of guac, some mild red onions and that pickled corn, which is sweet, sour and spicy enough to give you electric tingles. New. Favourite. Pickle. 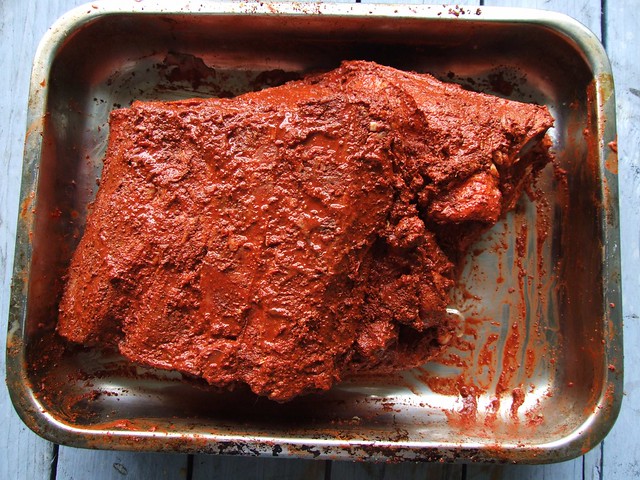 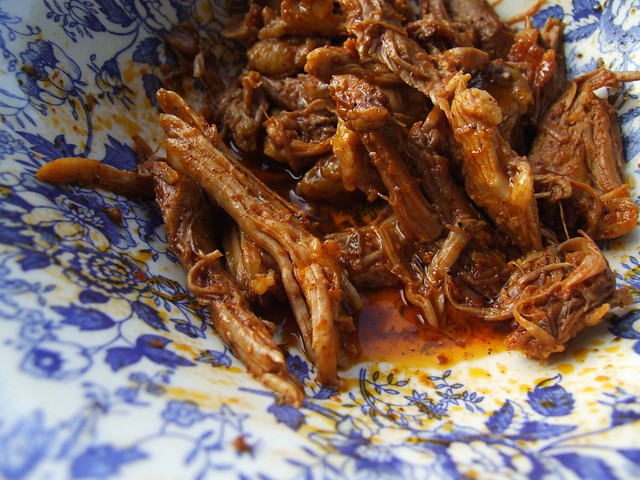 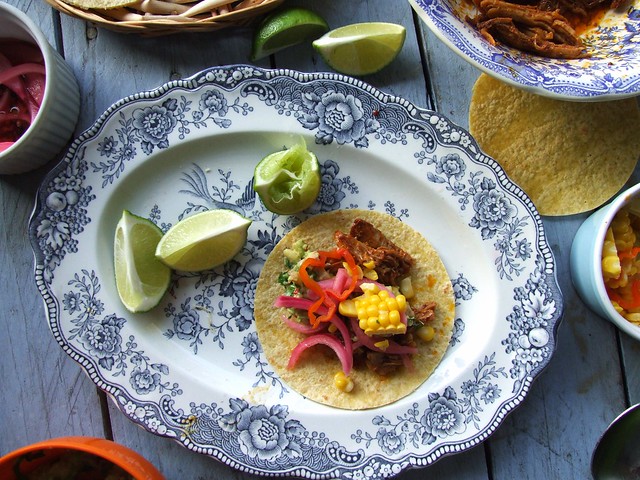 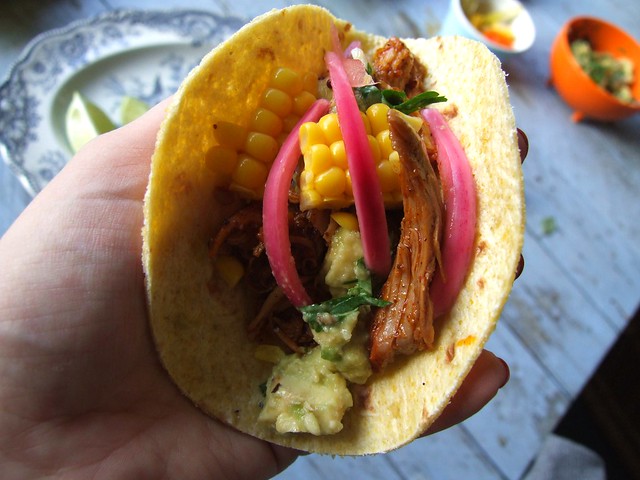 (can also be cooked on the BBQ using indirect heat)

2 tablespoons achiote powder
2 teaspoons dried oregano (decent leaves, not the dusty stuff)
1 teaspoon cumin seeds
2 teaspoons salt
6 whole allspice
6 cloves garlic, crushed in a pestle and mortar with a large pinch of sea
1/2 tablespoon ground piquin chillies or other dried chillies, ground (Diana Kennedy says you should use powdered ‘chilli seco yucateco’ or paprika)
3 tablespoons orange juice mixed with the juice of 6 limes (should be about half and half) for rubbing the pork and making the paste. This mixture is a substitute for sour orange juice. If you can get sour oranges, then obviously use them.

Rub the pork all over with the orange and lime juice followed by the salt.

Make the paste by grinding the allspice berries, cumin seeds and piquin chillies to a powder and mixing with the crushed garlic and a tablespoon of the orange juice and lime mix, the pork should be quite moist so the paste doesn’t need to be that wet.

Smother this all over the shoulder, rubbing well in. Make a parcel by layering tin foil, put the shoulder into it and refrigerate, preferably overnight. Bring out of the fridge for a couple of hours before cooking.

Preheat the oven to 135C. Get a big roasting tin and put a rack inside it (I just put a cooling rack in a tin) then put enough water in to fill the base of the tin to about 0.5cm. Place the pork package on top of the rack and cover it tightly with foil. Cook for 7 hours, refilling the water occasionally.

Carefully remove the shoulder from the parcel, taking care to save those precious juices. Tip the juices into a bowl and set aside. break up the meat and set aside in a bowl then pour the juices over and give it a good mix.

This is now ready to serve with the sauce, guacamole, and pickled corn.