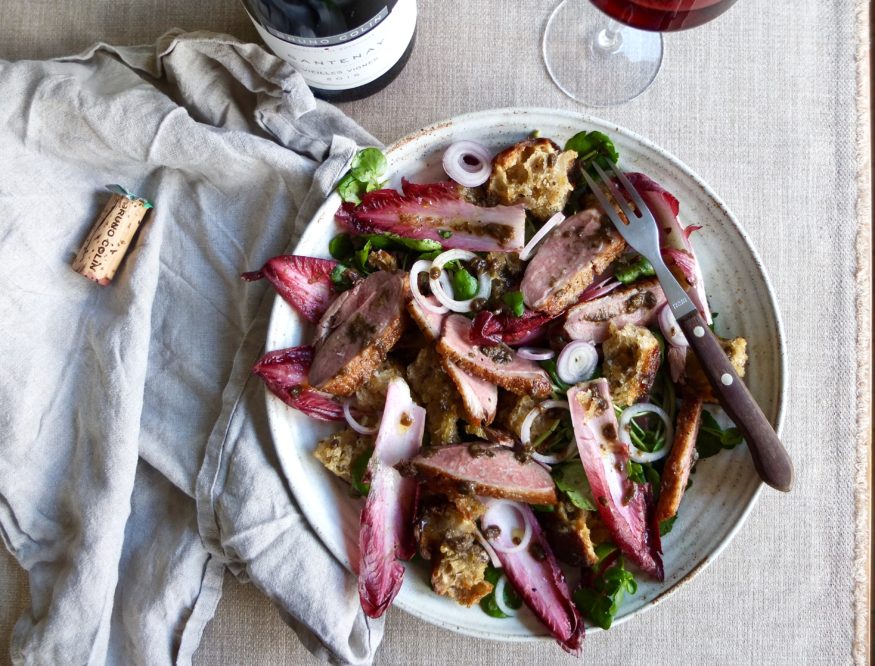 Place the sourdough chunks into a roasting tray and add the garlic, 3 tablespoons of olive oil and some salt and pepper. Mix well and cook for around 25 minutes, turning once, or until golden and crisp.

Place the shallot rings into a bowl of iced water.

Make the dressing by smooshing 3 cloves of the now-roasted garlic with a pinch of salt, the pickled walnuts, 2 tablespoons of extra virgin olive oil and 1 tablespoon good red wine vinegar. Shake in a jar to emulsify (or use your preferred method).

Season the skin of the duck breasts and place them in a cold cast iron skillet or other heavy based pan. Turn the heat on low-medium and let them slowly heat up for 5 minutes or so. Turn the heat up to medium and cook for another 5 minutes then turn over and cook for a few minutes more. Cooking time will depend on the exact size and heat but this should give you crisp golden skin and pink flesh. Allow to rest for 5 minutes.

Mix the salad leaves with some of the dressing and the croutons and arrange on two plates. Arrange the duck slices and some of the shallot rings on top, then drizzle with a little more dressing and sprinkle with crunchy salt. You may feel like adding a further dribble of olive oil – I did. 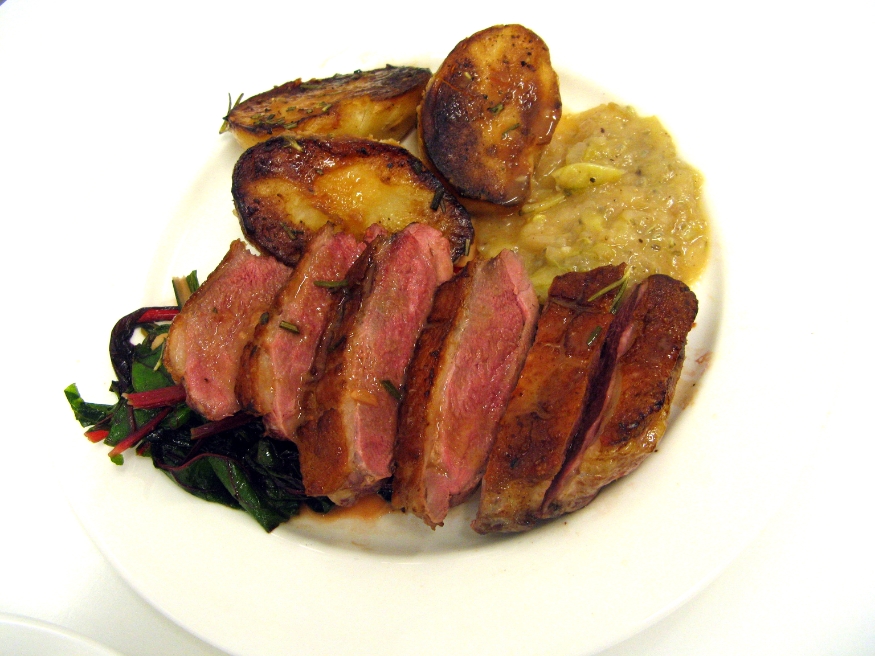