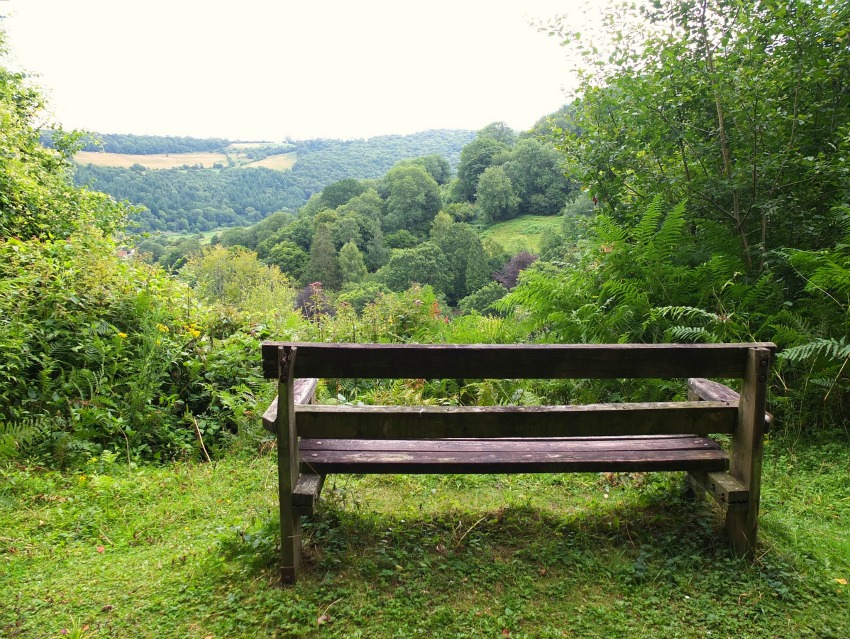 Wandering around this part of the world, an hour or so from where I grew up in Gloucestershire, is very comforting. I feel nostalgic. As we approach Monmouthshire on the train the view outside the window starts to blur green as streets turn to fields, trees and sky, and every few seconds another red kite hovers above a verge. The hedgerows and bushes look as they always did, sprays of cow parsley, bees attached to fuzzy thistle heads and brambles that catch your jeans and scratch up your hands.

When I was a child, the woods and fields were for playing in. We spent hours running up and down muddy paths, wading through streams or making useless makeshift fishing rods in a futile attempt to catch sticklebacks. We built rope swings, hung about on farms and dared each other to jump on top of cowpats. Mostly, they were rock hard and dried up, but every so often…splat. It’s highly unpleasant of course, but hilarious if you’re not on the receiving end. At least, it was when I was 10. We trampled for miles every weekend and after school, but I never in that time learned anything, or cared to learn anything about the plants all around me. Trees were for climbing (and I considered myself an expert at that), while hedgerows were an obstacle, and the grasses just evil things that gave me wicked hay fever. 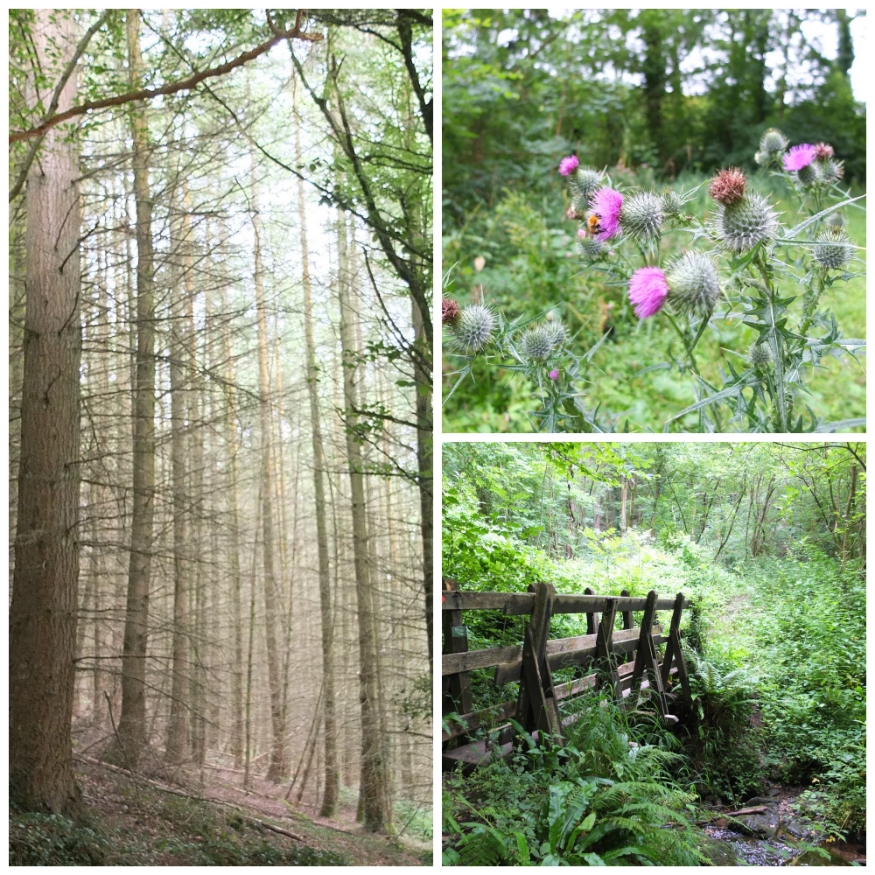 This time, many years later, I’m here to learn with the guidance of a man called Henry Ashby, a jolly soul with a walking stick and a loyal old dog. He’s a forager, basically, but not the hipster kind who flogs muddy shrooms at the market, or, as he’s very keen to point out, the kind that considers himself some kind of ‘survivalist’, a low rent Bear Grylls (insult indeed) who pretend-scavenges before going home to eat Wagon Wheels by torchlight in his back garden. He was, it transpires, a nuclear submariner – so an actual badass, then. He’s been foraging in these parts since he was 8, and we walk with him in the late afternoon sun, stopping every so often as he plunges into a wall of green bushes, emerging with some sprig of leaves, flower or berries in his hand.

He shows us mustard cabbage from which we pop black seeds and nibble them. “Great on lamb chops” Henry says, and we marvel at just how hot and mustardy they taste, with a tail end funk of garlic. There’s ground elder, the celery-like leaves of which can be picked and used in salad. There are hazelnuts, cobnuts (cultivated hazelnuts) and filberts (long thin hazelnuts). There is wood ear fungus, very commonly used in Chinese cuisine (you’ll see it at the very least sliced up like black spaghetti inside a spring roll) and there are Jew’s ears, which really do look alarmingly like jellied human ears. Bunches of elderberries dangle, and Henry tells us they make a fantastic sauce for ice cream when bunged into a slow cooker overnight with sugar and a squeeze of lemon. I make a mental note to try this. 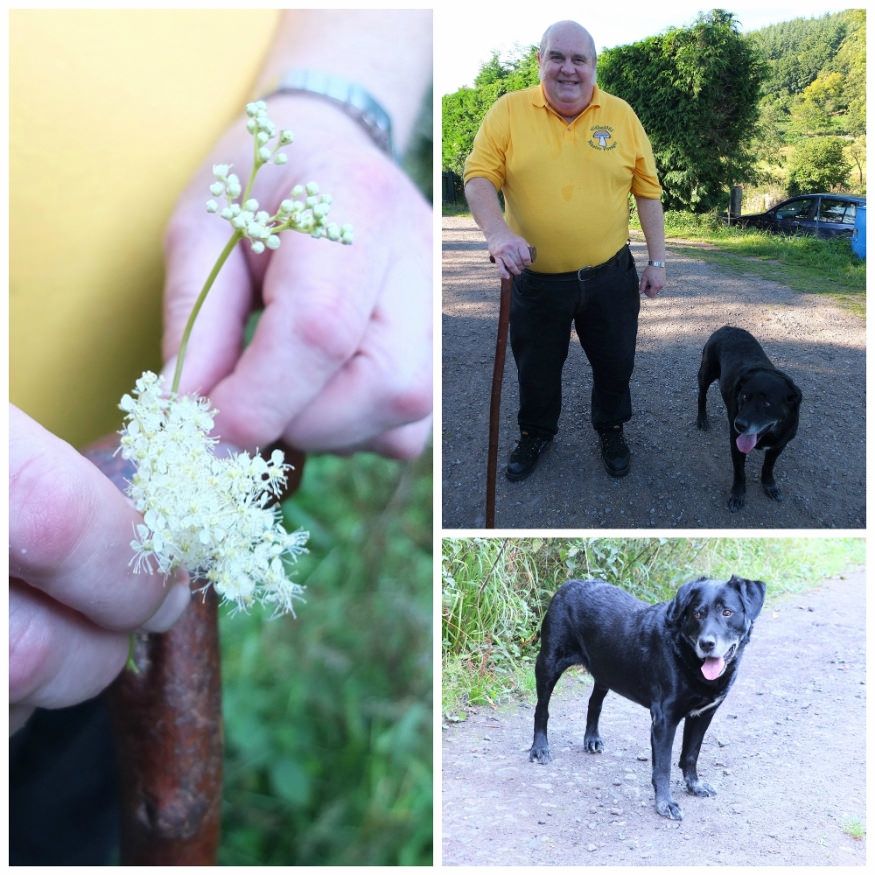 There is hogweed (which can be used to make chutney with onion and three cornered garlic), wild angelica (used for cake decorating) and lamb sorrel, smaller than the French variety and with the flavour of Granny Smith apple skins. There’s woodruff, which tastes of vanilla and grows only in ancient woods, like the nearby Forest of Dean. There are dangers too of course, such as hemlock, herb Paris and ragwort, the second most poisonous plant in the UK, capable of killing a horse. People pull it up when they see it out of fear, then leave it on the ground where it turns to straw and the horses eat it. “If it’s left alone, they don’t touch it!” says Henry, clearly frustrated.

Henry is a man who knows his stuff and has no need to shout about it, primarily because the goodies he collects from the nearby countryside are ferried immediately and exclusively off to one place – The Whitebrook, a Michelin starred restaurant. We kick off a tasting menu there with some typically dinky snacks including fresh chickpeas, something I’ve never seen in this country – I first saw them in Israel – but these are grown just down the road. We move onto Cornish crab meat served with mallow leaf cream – the leaves have a slimy, okra-like quality once cooked, meaning they thicken well into a sauce. A piece of expertly cooked turbot comes dotted with leaves plucked from salty estuary banks and the suckling pig with various foraged green bits, all completely distinctive and worth eating, but totally unfamiliar. A pre-dessert uses pineapple weed for a chamomile flavour (the name has more to do with its appearance) and a dessert flavoured with violet was just one of the most stunning things I’ve eaten all year – vivid and shocking in the mouth. Cherries with meadowsweet meringue finished the meal, its flavour floral with hints of creamy almond. 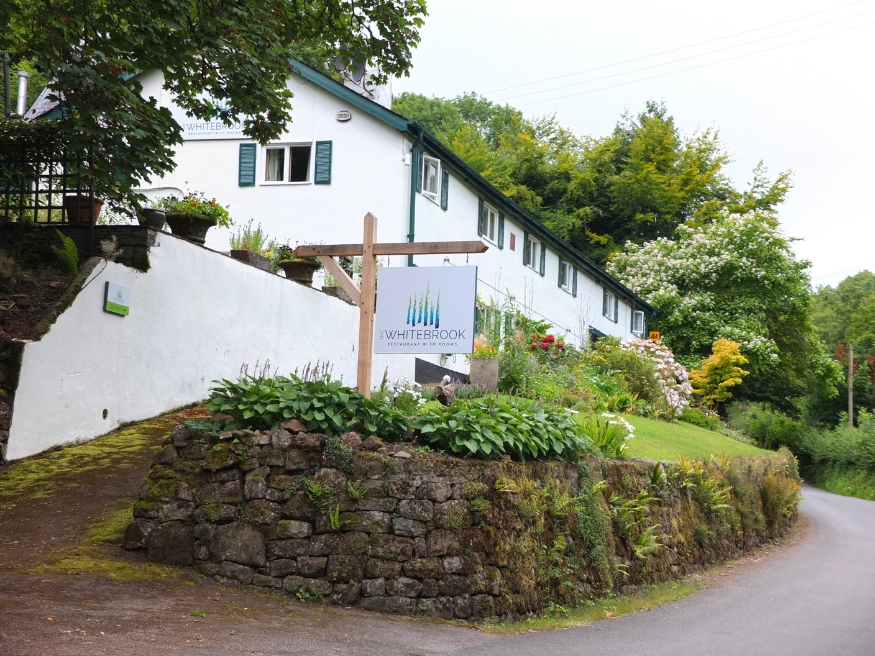 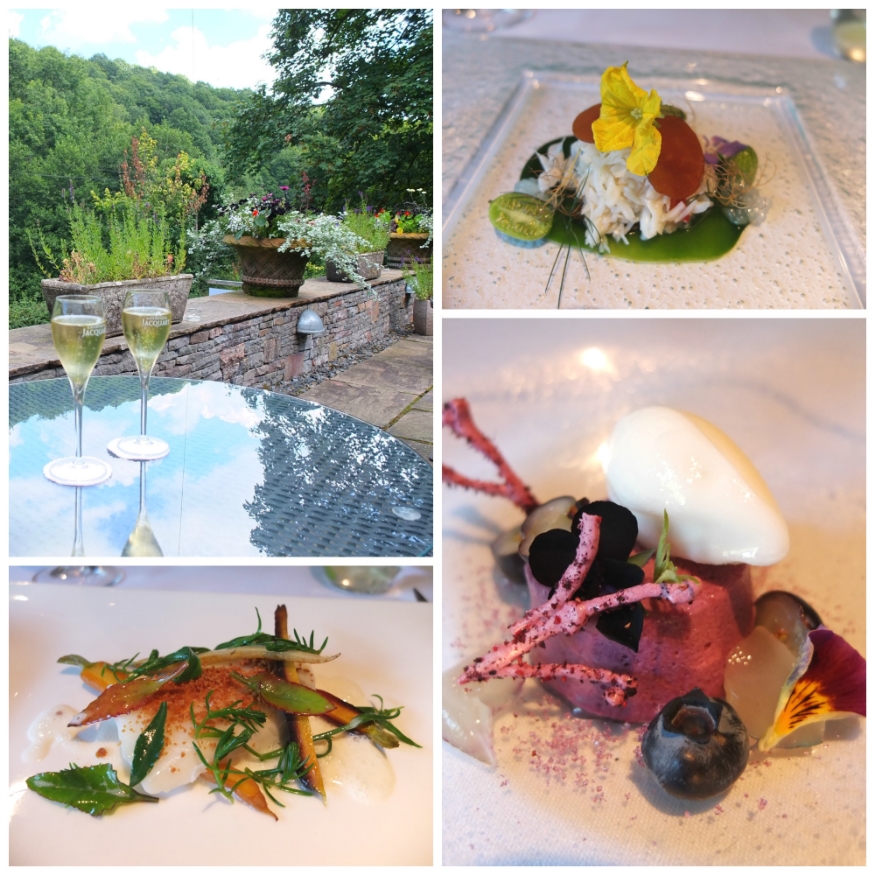 What’s perfect about The Whitebrook is this partnership between chef Chris Harrod and forager Henry. Someone so much a part of the local area bringing the best of it straight to the kitchen of such a skilled chef. That, and the fact that The Whitebrook is a restaurant with rooms, so once you’re done with your leisurely lunch and your walk in the nearby woods, there’s nothing left to do but head to bed and snooze. Don’t mind if I do. As a child I would’ve found all this deathly boring of course – who cares about the names of these useless weeds? But I have grown up to be a food writer, travelling in a perfect full circle back to my roots. No cow pats involved.

The Whitebrook, near Monmouth, NP25 4TX. You can read more about Henry Ashby here.