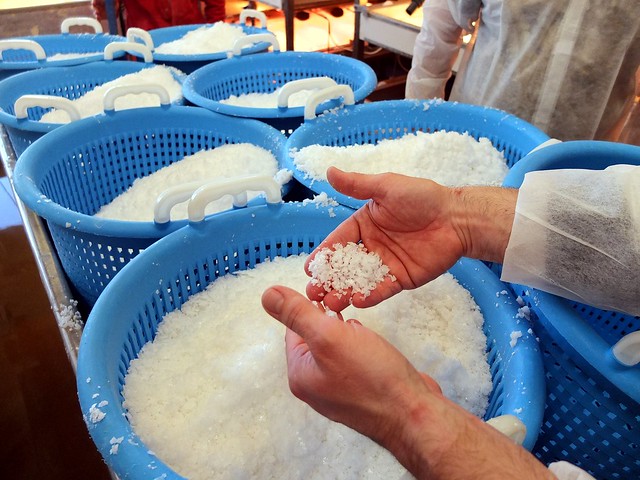 “I’ll never remember all this” I thought as I was given a guided tour of the Cornish Sea Salt production site. The ‘operations director’, Philip Tanswell, was whipping us from point to point, explaining machinery and chemistry and…salty things, telling us how he couldn’t believe no one else had thought to harvest Cornish sea salt. Personally, I think it’s more likely that people have had the idea, but after reading up on the production thought to themselves, ‘sod that’. I wish I could tell you how it’s harvested, I really do, but I can’t because the process was complicated, and the explanation of it full of words like ‘microfiltration’, sub-atomic particles’, exchanger twist flugelbinder’ and ‘flomboggle wangcharging maxalatron’. I may have made some of those up. I also can’t tell you about much of the process, however, because Philip wants to keep it a secret, lest people steal his methods. The world of salt is competitive, it turns out, and things are said about both Maldon and Halen Mon which I want to repeat here but probably shouldn’t. Interesting, though. Veeeeery interesting.

In short, the way salt is made goes like this: when the sodium and chloride particles are bobbing about in the sea they are separately positively and negatively charged, but when they are processed, and they run out of space to do whatever they like, they attract each other, and become salt crystals. The Cornish Salt Company have a piece of kit related to this process that is unique and does… something. That’s the secret bit. The key with the whole business is to get the best shape to the crystals, you see. That’s what it’s all about. Oh, and the other biggie: water clarity. Cornish sea salt is made from a stretch of water off the coast of The Lizard, which is somewhere I remember whizzing through on many a childhood holiday (good pasty place at Lizard point if I remember rightly?). Beneath the water is a big ol’ reef, and a dangerous one by the sounds of it: over 500 shipwrecks sit eerily underwater. It’s a marine protection zone with Grade A water, which means it’s really clean. The minerals in the clay around Lizard also make a difference to the uniqueness of the salt, as the area is different to rest of Cornwall, geologically speaking. It’s magnesium and calcium changes that make a difference to the way different salts taste, so some salts will be sweeter, some saltier. 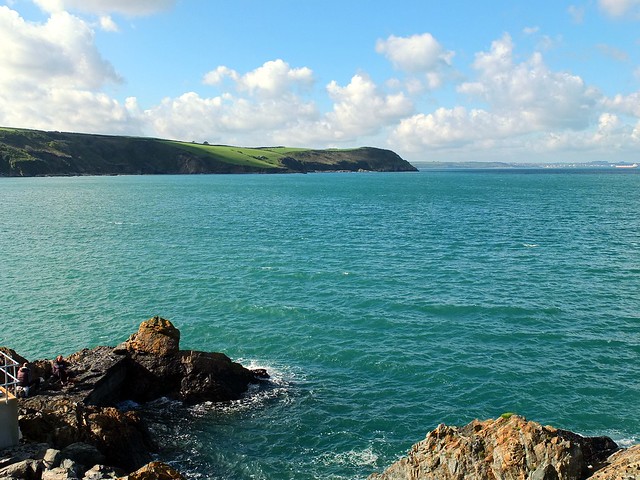 To come up with a recipe based around salt proved a little challenging at first because, well, everything has salt in it. These pitta chips may seem overly simple but trust me, they’re the kind of snack you start walking away from then turn back halfway through for another hit. I could go wild for a fistful or thirty right now. They’re really good when made with both the Cornish Sea Salt ‘Luxury Pepper’ and chilli mixes and of course, just the regular salt flakes and they’re incredibly easy to make. I suppose they’re healthier than crisps too. What more do you want from me?! 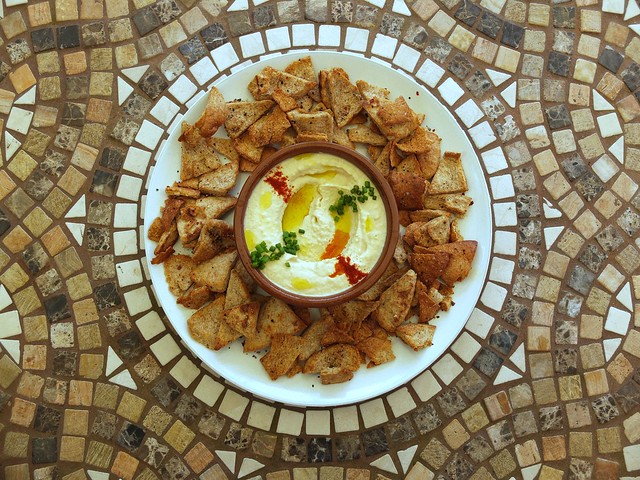 Heat oven to 200C. Cut the pitta chips into pieces, splitting some if you can, so they get extra thin and crisp. Mix the oil and salt then rub into the pitta pieces, making sure they’re evenly coated. Spread on a baking tray and cook for 7-10 minutes, tossing halfway through. Watch them carefully so they don’t burn. Allow to cool and serve with some dippage, such as hummus.