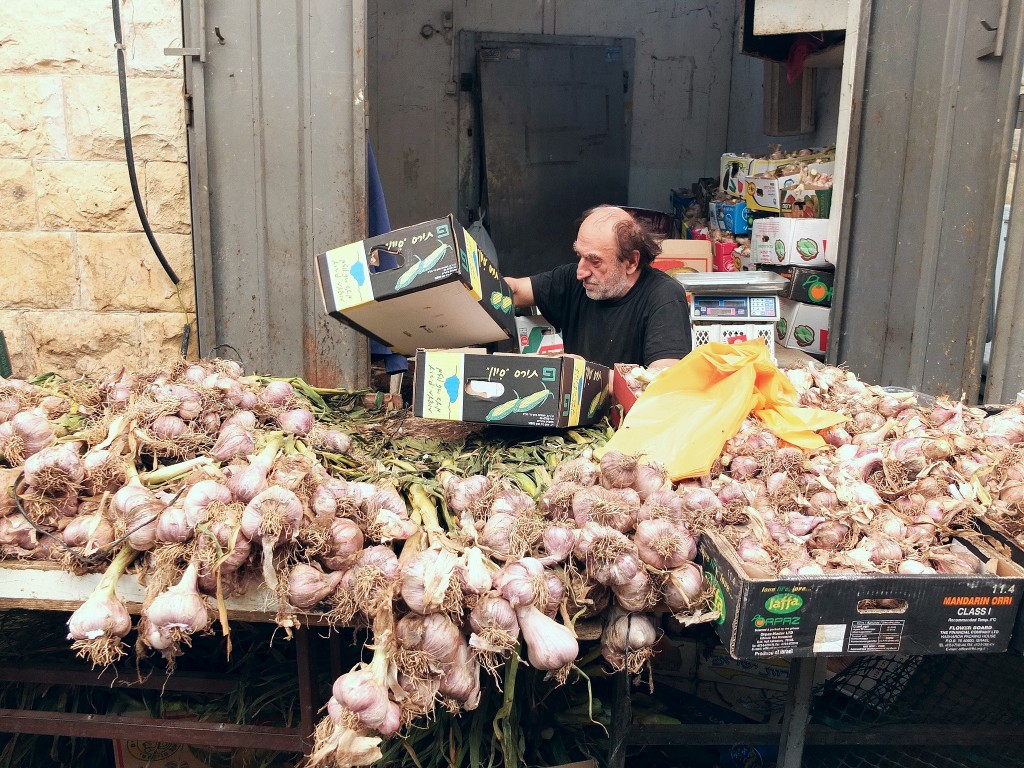 I cannot write about Israel properly, for now at least, because my trip there was problematic. It’s a long story. Reaaaally long. For now then I’ll just share some snaps and brief comments. I hope you enjoy them! 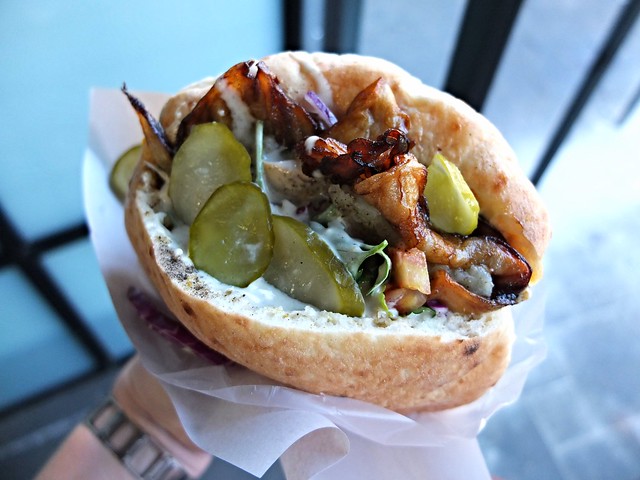 The sabich: an Israeli sandwich described to me as ‘the only true Israeli food’. A fuffy pitta is filled with fried aubergine, egg, potato, herbs, pickles, hummus and a mango sauce called ‘amba’. The counter displayed an impressive selection of pickles, and fresh lemonade arrived alongside, gratis (at Sabich Frishman). 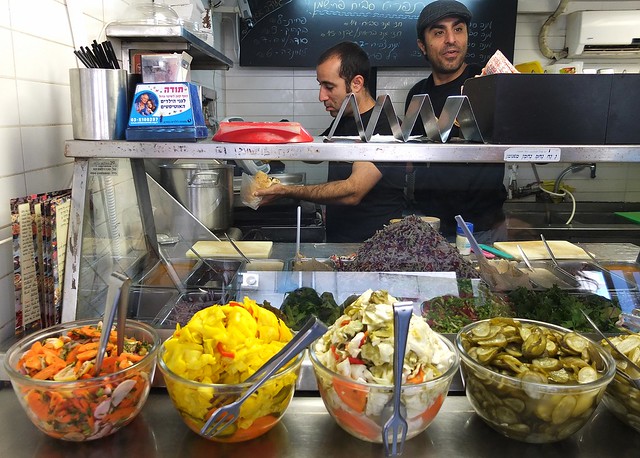 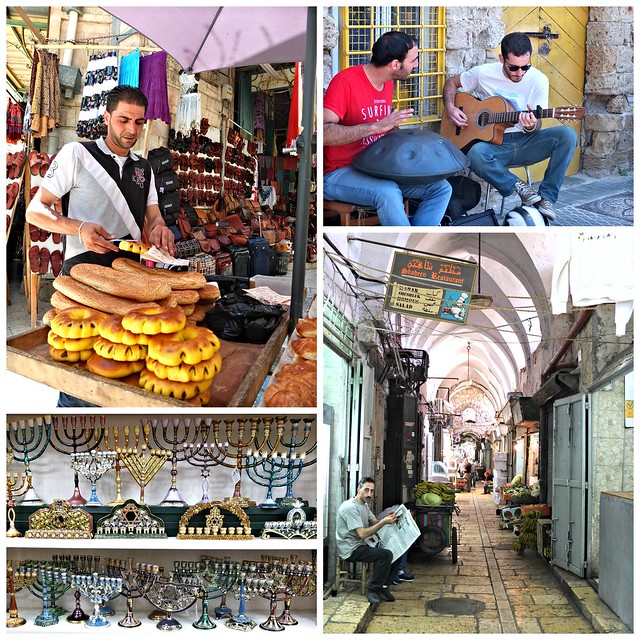 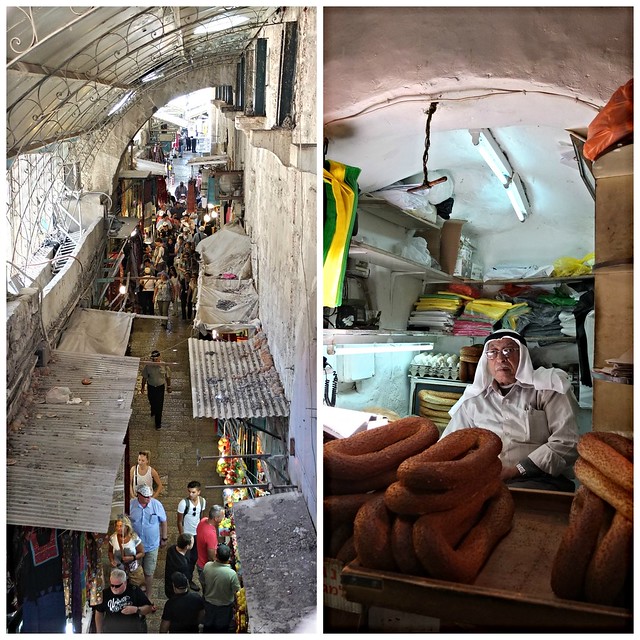 The market in Jerusalem. 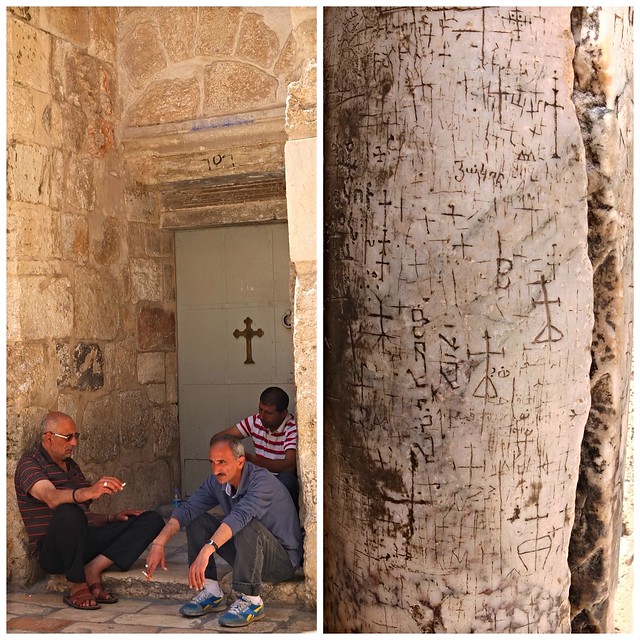 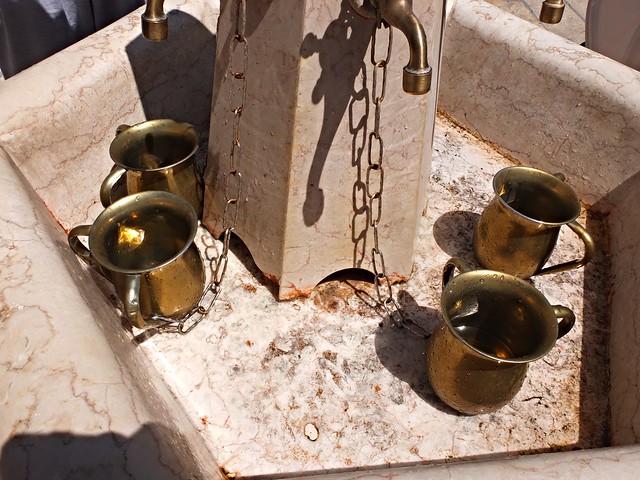 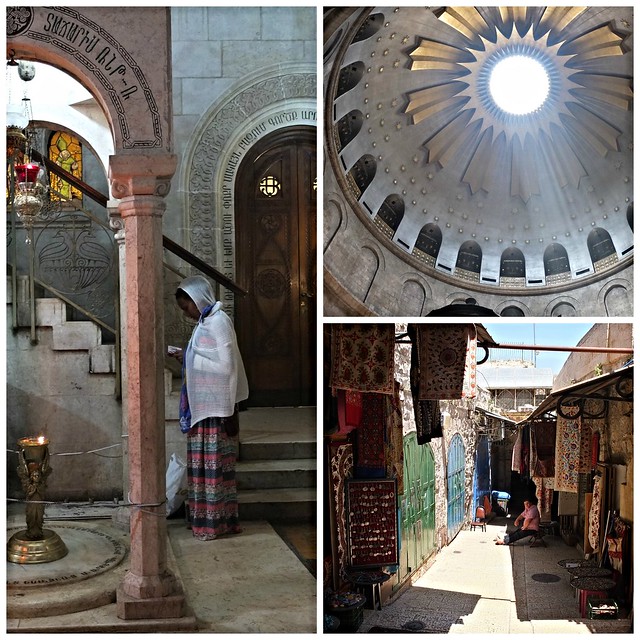 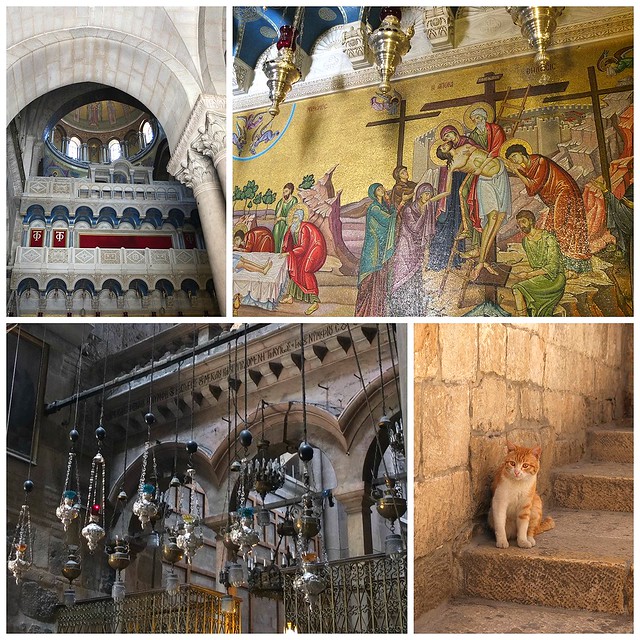 Inside the Church of the Holy Sepulchre – considered to be the site of the crucifixion and the location of the tomb of Jesus. 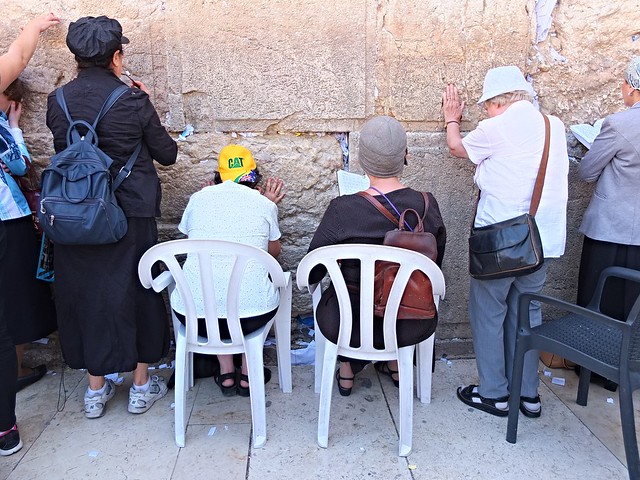 Above: the Western Wall (or Wailing Wall), which surrounds Temple Mount, the holiest site in Judaism. You can see that people are praying and crying. They write down wishes on pieces of paper, then stuff them into the cracks in the wall. When they’re done, they reverse away from the wall to avoid turning their backs on it. The men pray in a separate area. 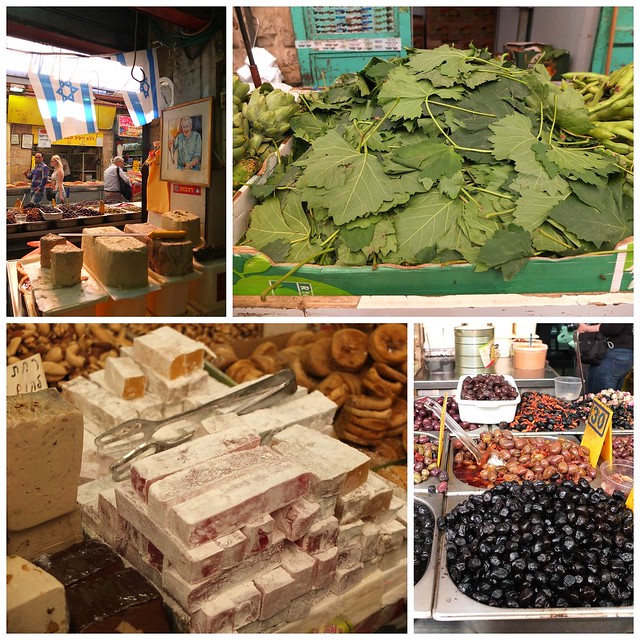 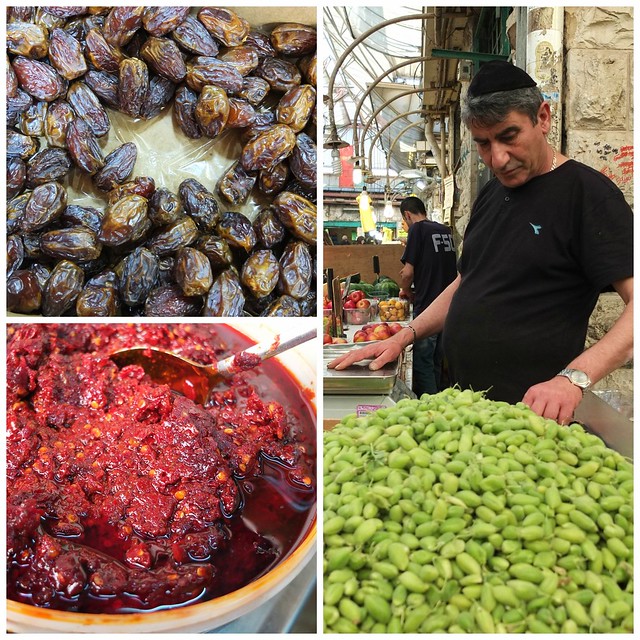 Those green pods on the right are fresh chickpeas, something I’d never come across before. You can eat them right from the shell. 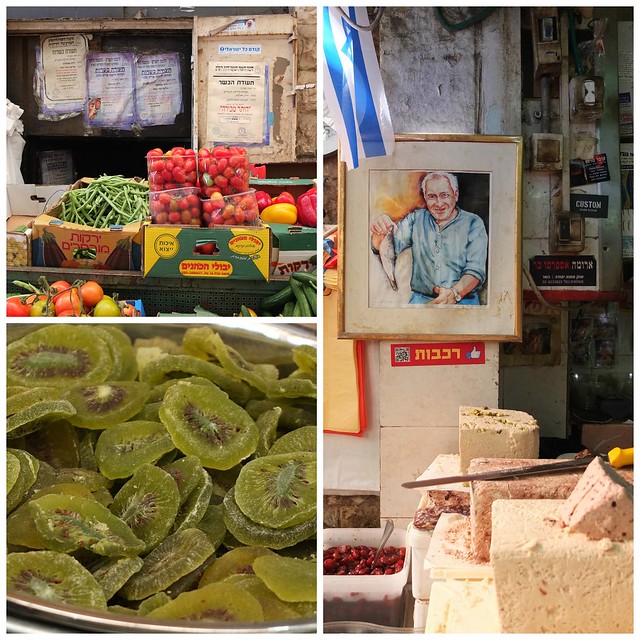 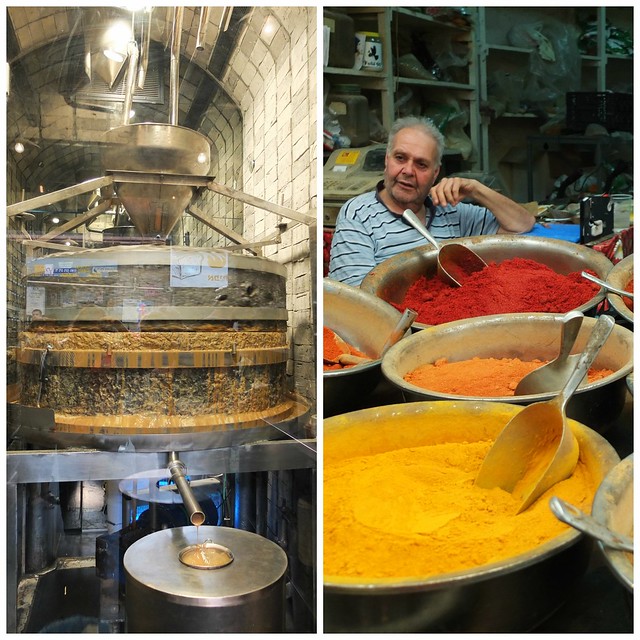 The machine on the left is making tahini. The large stone grinds the sesame seeds and the puree comes out of the spout at the front. 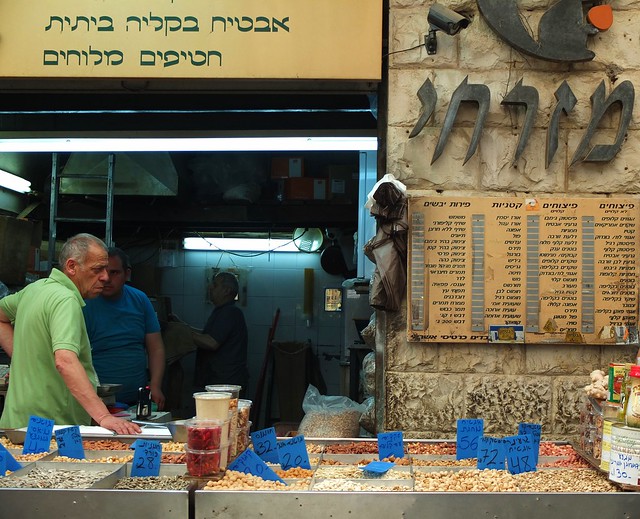 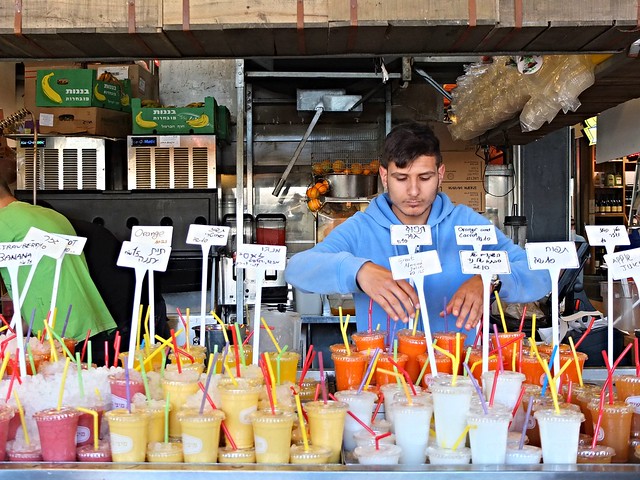 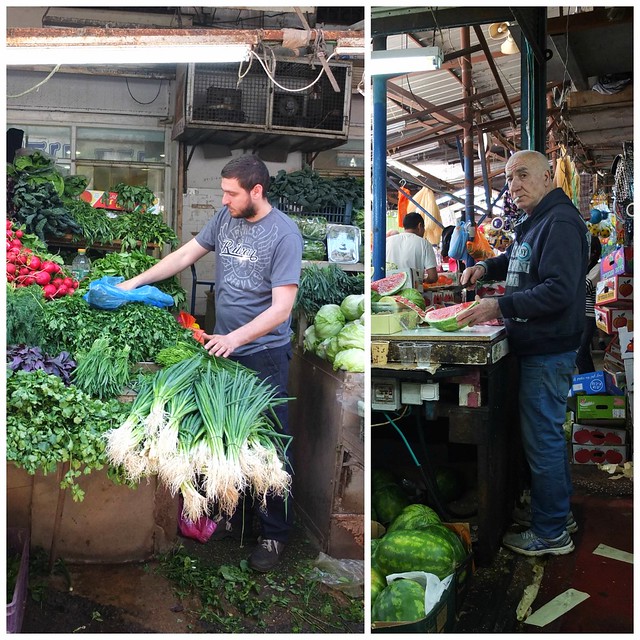 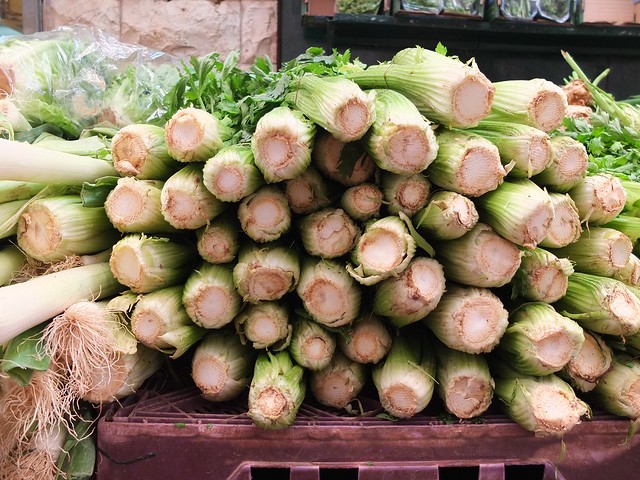 The market in Tel Aviv. 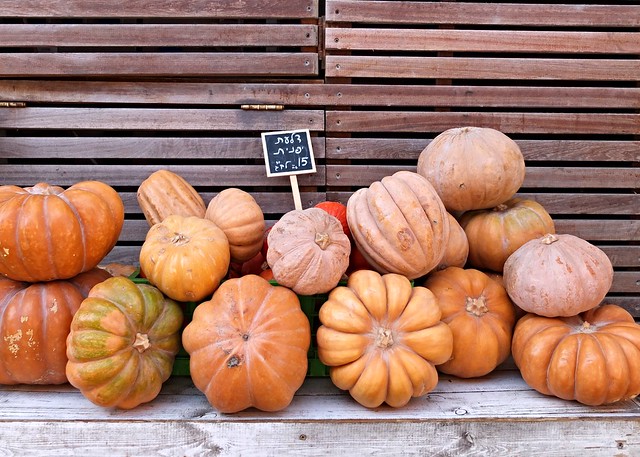 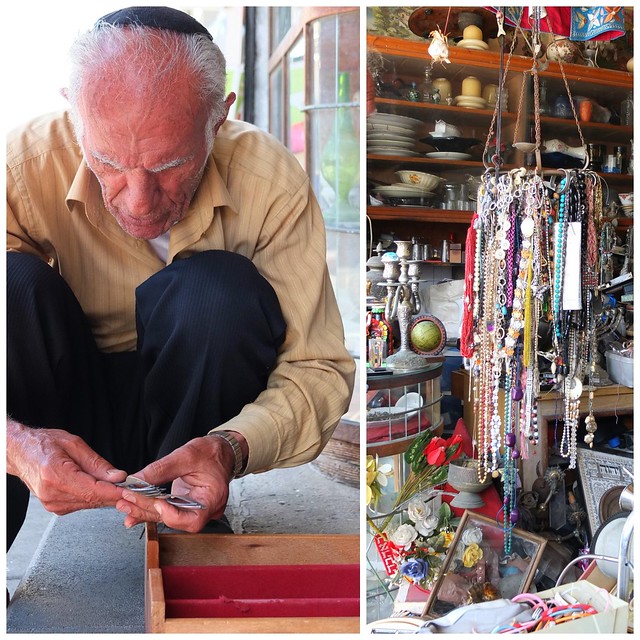 The flea market in Jaffa. 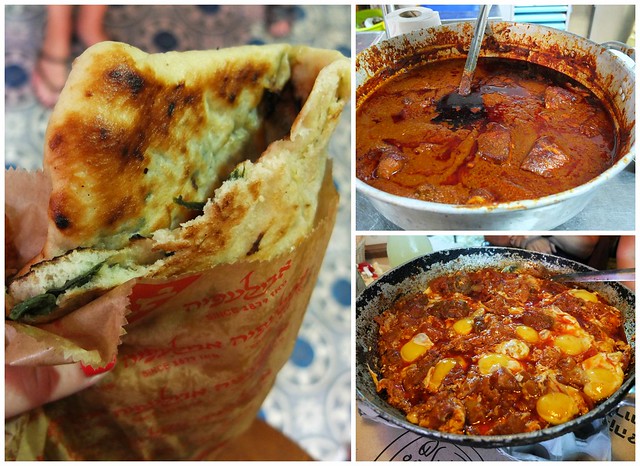 Stuffed flatbread, stew and shakshuka. I now know how to make a really mean shakshuka which puts all previous efforts to shame. Recipe soon. 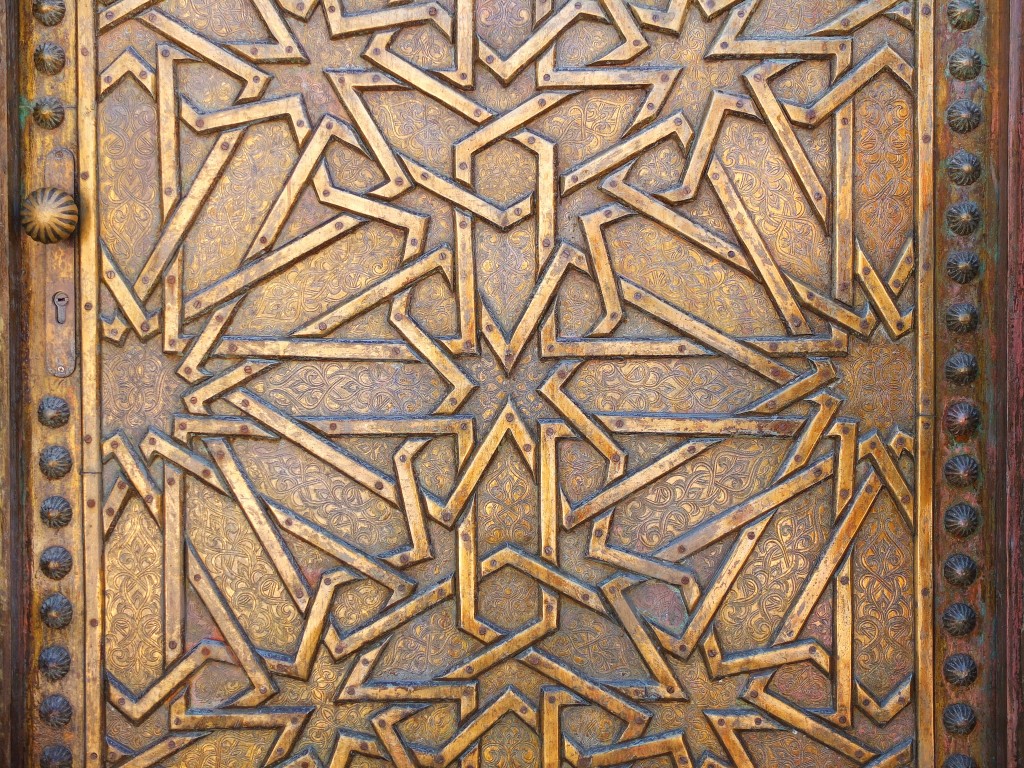 A beautiful door in Jaffa. 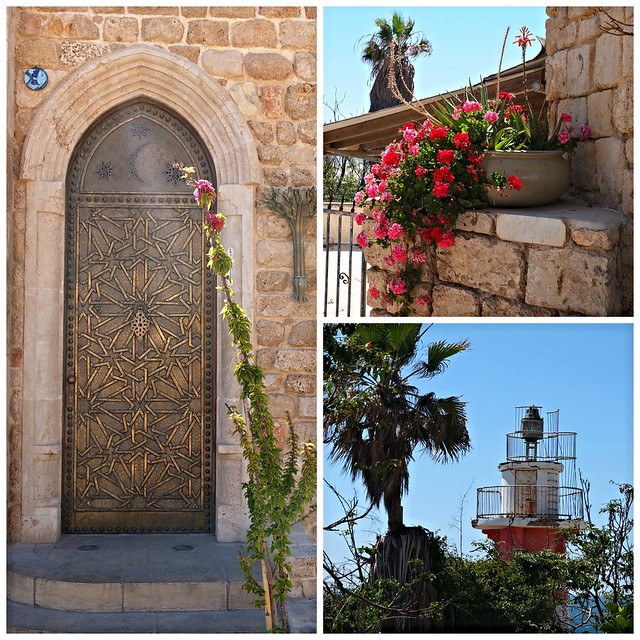 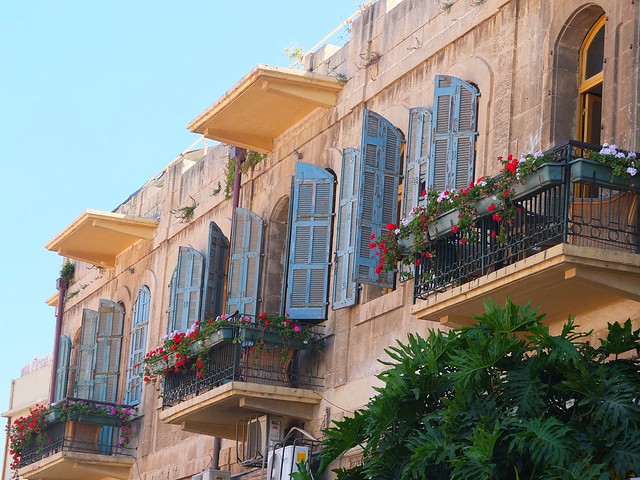