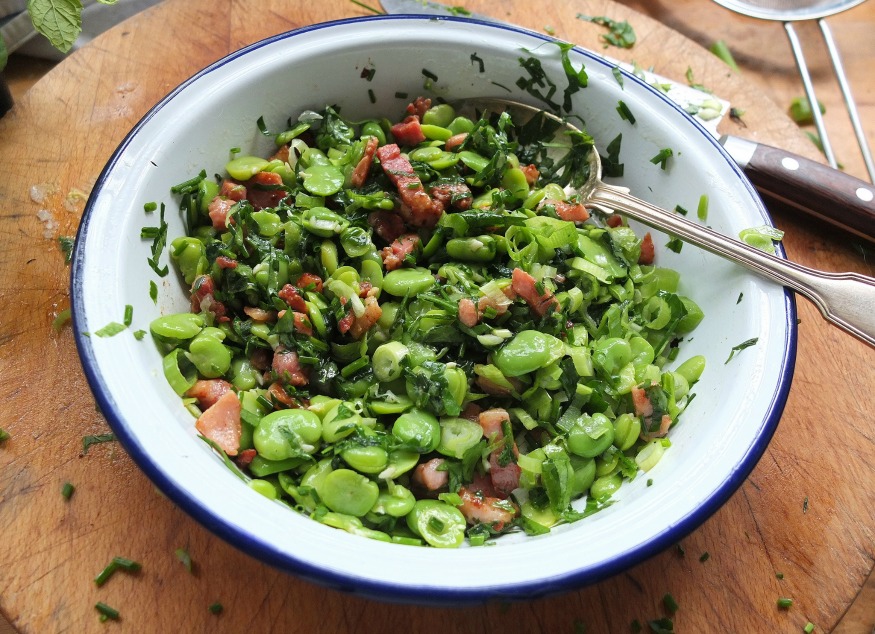 For a short period before heading off to university I went back to live with my parents. As a ‘mature student’ at 21 I’d already been living elsewhere for three years and so it was a major change, especially since I’d made a string of poor choices when choosing houses. One that immediately springs to mind is the place I shared with six young men. SIX.

Can you imagine how bad that was? Bathroom grime of unprecedented levels; a fridge no-one dared open; pints of red wine spilled on the carpet (actually, was that me?); broken windows; stinky boxers glued down everywhere and a neverending chorus of bodily functions. The house was filled with Man Fug so thick you could bang your head on it.

There were many benefits to moving home, then, including pleasures such as not waking up to remember that someone had projectiled in a helicopter motion in the front room (this happened, he sort of spun around as he was being sick therefore spraying all four walls and furniture with the contents of his stomach + 12 cans of Stella).

The kitchen was unusable because obviously no one ever cleaned it, so it was good to be back in the parents’ shiny, orderly, well-stocked kitchen, to have dinner cooked for me, to not fear food poisoning or have to decide whether it’s a better life choice to just throw a pan in the bin rather than bother trying to wash it.

One of the best things about being back, though, was Sunday lunch, and there’s a meal my mum used to cook which apparently she didn’t consider anything special but I absolutely loved, to the point where I still think about it now. It doesn’t sound fancy, and isn’t, but it has some of my favourite ingredients. 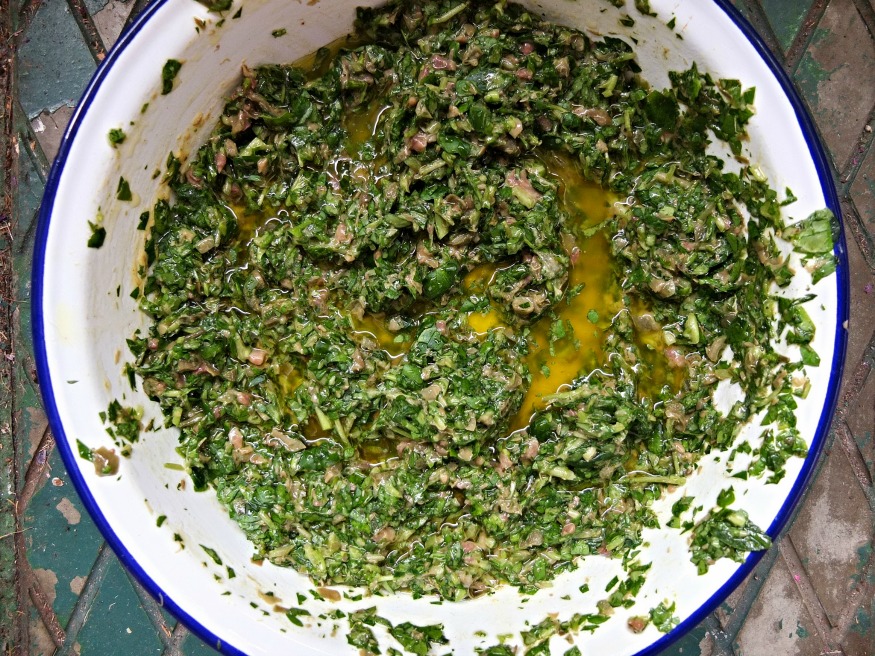 There was a roast chicken, stuffed under the skin with a mixture of butter, herbs and lemon zest, new potatoes boiled and drenched in salsa verde and finally, a broad bean salad with crisp pancetta and a vinaigrette. The smell of the roasting chicken would fill the kitchen while Dad picked the broad beans from the garden.

We’d sit around the table and discuss important matters like whether or not Dad had won on the horse racing and which of my ex-boyfriends was really the worst. I’d pick lazily at the dish of remaining potatoes, scooping out the oily pools of salsa verde with my fingers.

There was never any broad bean salad left. I think mum’s version was based on a Delia Smith recipe but I just make it with whatever combo of herbs, pork and onion I have around at the time. This recipe has lardons of bacon and a cider vinegar dressing and it’s a lovely salad to make whatever the age of the beans – even when they’re old and tough, the other ingredients are robust enough to handle it. I always think of the salad when the new season comes though, and so here we are today. 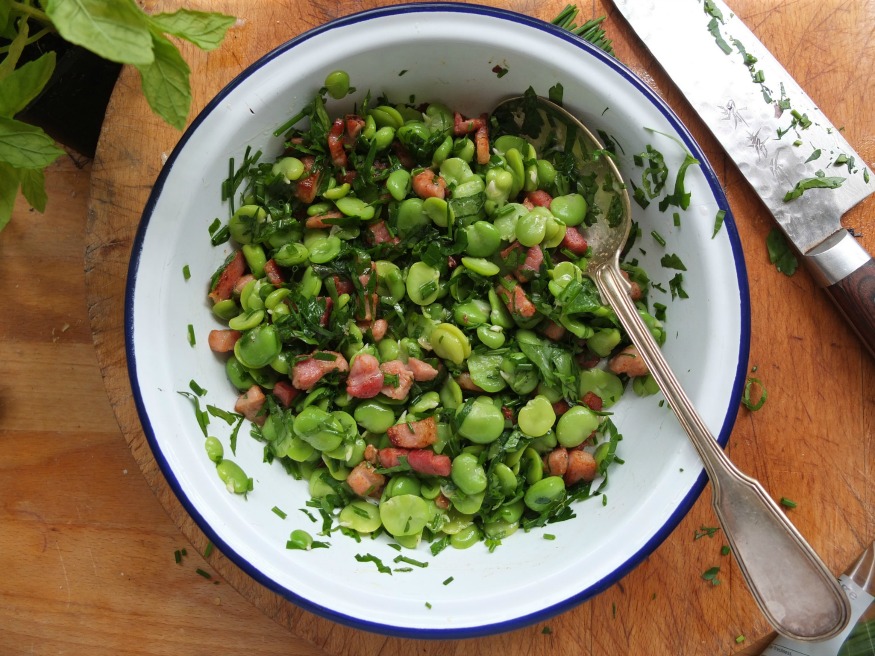 Remove the beans from their pods. Place in a saucepan with some water, bring to the boil, cook for 2 minutes, then drain. Place the beans in a bowl of cold water. Squeeze each bean from its tough skin (this is by no means necessary, it just means they’re extra tender and bright green).

Cook the bacon lardons until crisp and add to the beans with the herbs and spring onion.

Shake all dressing ingredients in a sealed jar until emulsified. Add a tablespoon of dressing to the salad and mix. You may want more, depending on how many broad beans you found inside your pods. Check seasoning and serve.