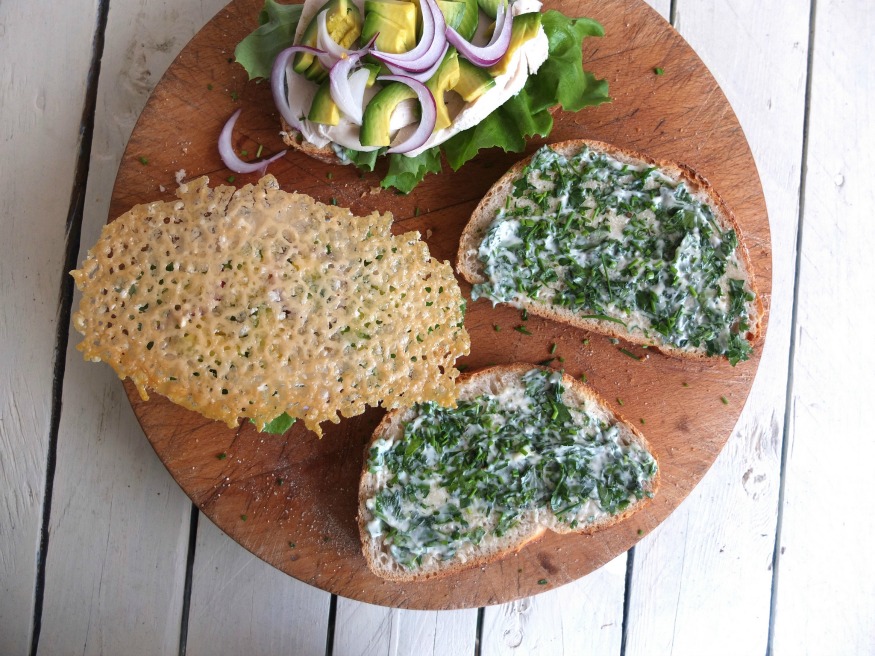 Spring has sprung. I think? We’re having proper April weather in London when the previous few years it’s been hot enough to get sunburnt. This is what the weather should be like at this time of year – unpredictable, prone to sudden downpours that last only minutes, followed immediately by bright sunshine. If you’re really lucky, there will be rainbows.

I wanted to do a sandwich for spring because it’s been a while since we had one here, which is really poor form from a writer who loves things in bread so much she wrote a book about them. It had to be chicken, for some reason, alongside lots of green things on the softest white bread. There’s a lot to be said for going all out, and as much as I adore the OTT richness of, say, mayonnaise made with the fat from chicken cooked with 40 cloves of garlic, this time, I wanted something fresher. 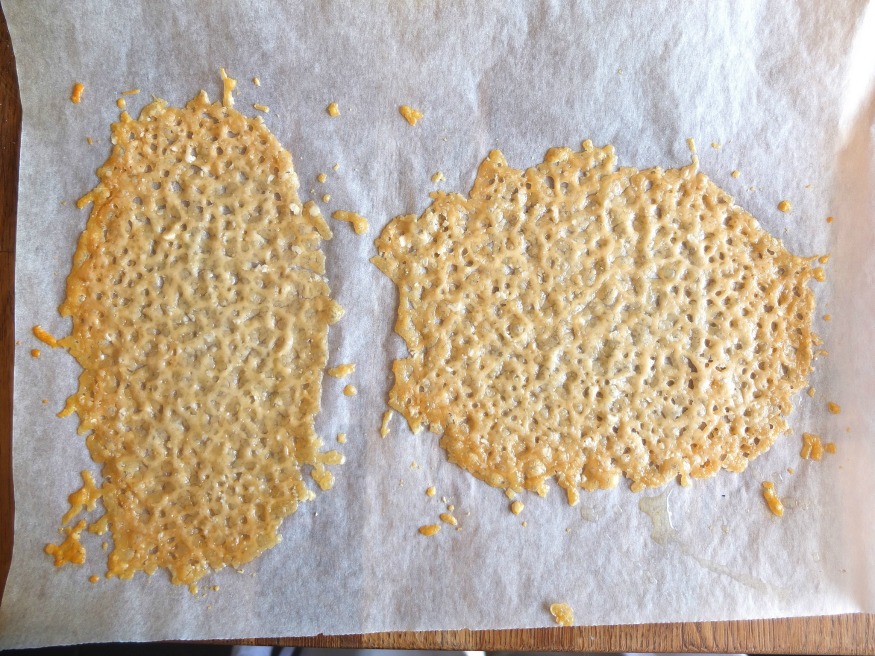 So the chicken is poached, and the mayo is super-herby. There’s English lettuce floppier than Hugh Grant’s hair and white bread so soft you could sleep on it. There are also sliced Crimean onions, which are mild, sweet and lovely but drove me up the wall for a week because I couldn’t stop singing ‘Crimean onions’ to the tune of Justin Timberlake’s Cry Me A River.

What really makes this sandwich though is the Parmesan crisp. We thought about using chicken crackling at first, which is fantastic in a sandwich but just not ‘spring’ enough. The Parmesan crisp works brilliantly because it’s got the texture, but also the super savoury salty-fat thing going on. It’s like an umami cracker for your sandwiches, basically, and who doesn’t want that?

Poach the chicken in water with the bay leaves and garlic. They’ll take around 15-18 minutes and are cooked when the internal temperature is 71C or you cut them open and they’re, you know, cooked.

Preheat the oven to 200C. Grate Parmesan and pile it onto a baking sheet in heaped tablespoons. Bake for around 5 minutes until flat and crisp.

Mix the herbs with the mayonnaise and a squeeze of lemon juice then spread on both pieces of bread for each sandwich. Layer up the ingredients with the Parmesan crisp on top. Eat immediately, otherwise, the crisp will soften (but still taste good).