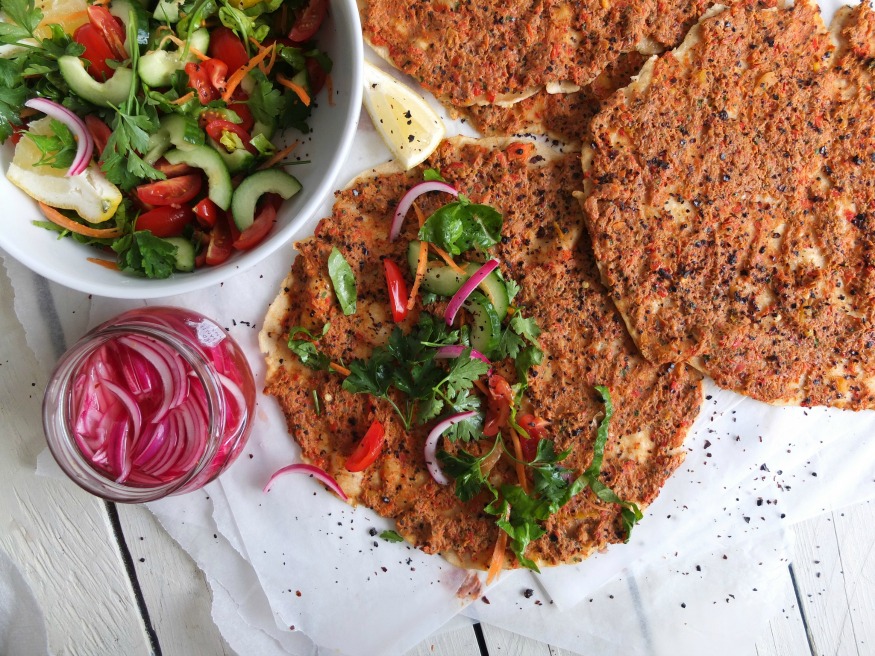 For years I was obsessed with the idea of visiting Istanbul, poring over travel guides, eyeballing flight costs and dreaming of balmy evenings plinking ice into Raki while sucking up the scent of grilled meat. Then, suddenly, I realised everyone else had been doing the same thing. Istanbul was the hot new destination and I found myself flat broke and sad as I watched other people taking my trip of a lifetime.

Finally, I made it there but it was stressful because I’d over-planned and was constantly worried about missing out. It didn’t help that we’d booked a cheap hotel, which turned out to be a grotty room with child-sized beds in opposite corners and a wet room with a shower over the toilet. The loo roll dispensers had holes in so if you forgot to cover them the paper got soaked and the only in-hotel refreshment option was a fridge downstairs full of soft drinks. LOL.

Anyway, we relaxed into it (read: drank a shitload of Raki) and so it was a good holiday. Has Urfa Lahmacun was one of the places we stumbled across when I stopped being an unbearable bore who wanged on about a spreadsheet full of restaurants and decided to just explore and have fun. It was the best lahmacun we tried on the trip by a long stretch and we made pals with the chef who added us both on Facebook before we’d even got back to the ‘hotel’. 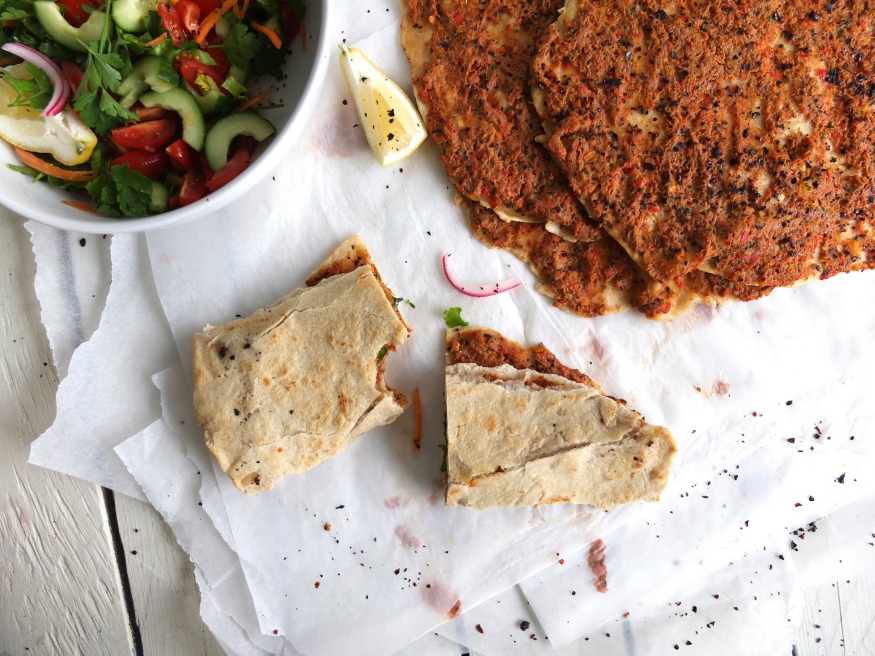 So I decided to make lahmacun because I still think about the ones I ate on that trip, although they’re becoming much easier to find now in areas of London that are not Green Lanes. It’s pronounced lah-ma-jun and is basically a thin circle of dough spread with a spiced lamb topping, cooked very quickly in a wood-fired oven. The topping of meat should be quite sparse really, more of a seasoning than a crust and the dough should be crisp on the bottom. The way to eat them is to roll them up with a salad of fresh herbs, tomatoes, and pickles and scoff em quick, washing down with glugs of Efes.

I’ve cooked mine on the plate of my Big Green Egg, but this is by no means necessary. It gets a super crisp base due to the fact that it gets very hot but you can of course just cook them in the oven, on a baking tray or a pizza stone if you have such fanciful kitchen wizardry. Just make them, is my advice, and make a lot, because one is never enough.

Also, hotels are expensive in Istanbul so get an Air BnB or just suck it up, otherwise, you will suffer. Trust me.

For the red pepper paste:

You can buy this stuff in Turkish grocers here but it always tastes very bitter and not much else – nothing like the stuff I tried in Turkey.

Mix the yeast and sugar with the warm water. You want warm water, not hot. Leave it to one side to activate. When it’s ready (in about 5 minutes), it should be very frothy on top. If not, your water wasn’t warm enough or it was too hot – start again.

Sift the flour and salt into the bowl of an electric mixer or large mixing bowl. Add the yeast mixture and oil. If using a mixer, set it on low speed for 10 minutes until you have a smooth, elastic dough. If mixing my hand, you’re going to have to knead it until you have the same result.

Put the dough in a lightly oiled bowl and cover with a damp tea towel. Let it rise for about half an hour, or until doubled in size.

Char the peppers and chillies over an open gas flame (e.g. on the hob or under a hot grill if you prefer), until blackened. Allow to cool a little and remove the skin and seeds. Chop very finely and mix with the salt and lemon juice. Set aside.

To make the topping, blend the peppers, onion, tomatoes and coriander then drain into a sieve on a bowl for at least half an hour. Mix with the rest of the topping ingredients, five tablespoons of the red pepper paste and a little salt.

Knock back the dough then cut into 4 pieces. Roll out as thin as you can manage, then top each with a portion of the lamb mix, spreading it right to the edges. You want to top each as they’re cooking, i.e. don’t leave them sitting around with the topping on the dough as they will go gross. They’ll cook on a BBQ in several minutes using a plate. If you want to cook them in the oven, do so at 220C for about 10 minutes (that’s a guess, keep an eye on them).

Serve with lemon wedges, a salad of herbs like parsley and mint, tomatoes and pickles. I made some quick pickled onions with one sliced onion, 3 tablespoons white wine vinegar, 1 tablespoon sugar and a pinch of salt.