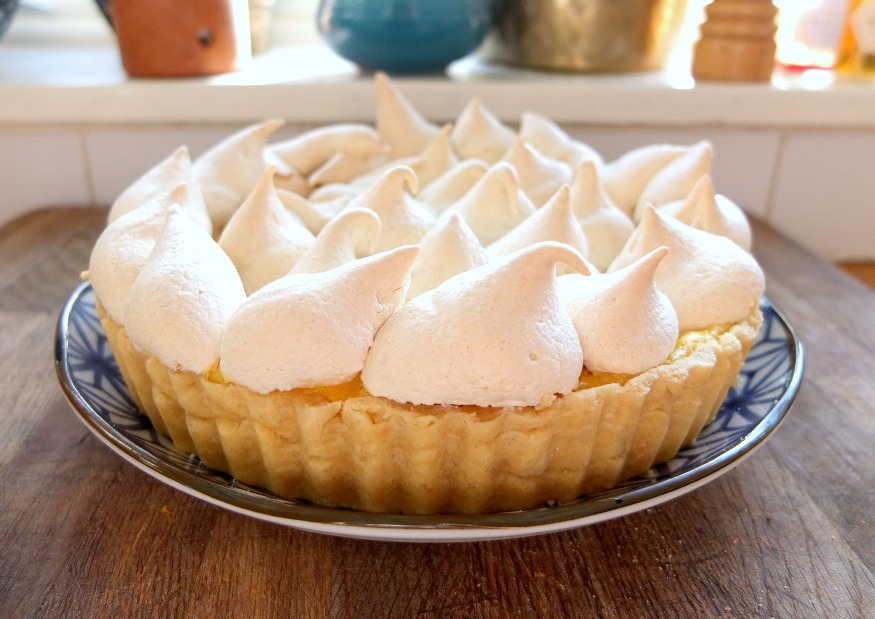 This is the second of two sponsored posts in partnership with Vitamix UK, who have just launched the Ascent Series.

I’ve mentioned before that I spent ages trying to perfect a grapefruit meringue pie to the point where a friend actually said to me, ‘Helen, why bother?’ And so I stopped. It was a relief.

Why, then, I thought it would be a good idea to make a meringue pie for this project I have no idea. Having spent so much time fluffing up the grapefruit pie (for no particular reason, you understand, it was just one long joke on me) it then took me 4 attempts to get this one right. Why? Well this time I was making the curd filling in the Vitamix, and it took some fiddling with ratios to get it to set, plus there was the time half the curd was spilt in the sink…

The pastry can be blitzed in the blender which is all well and good but the real pleasure here is making that filling. Basically, you just blend the zest and sugar then add in everything else and leave it in there, whizzing away and heating up until thickened. You’re making lovely thick curd in the time it takes to stick something in a blender and leave it on for 10 minutes while you do something else – no standing over a saucepan whisking. 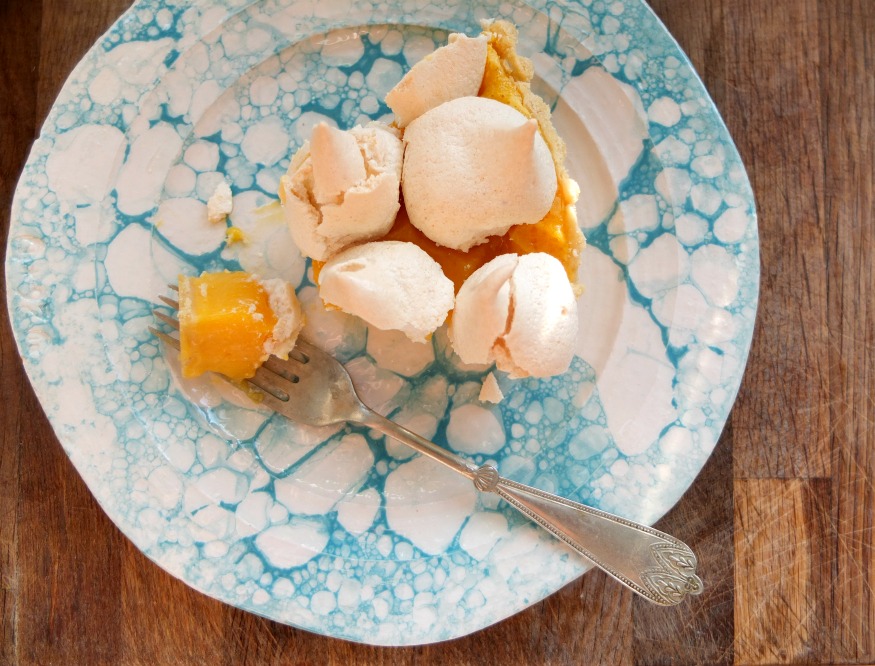 It sets to a beautiful orange wobble, rich and full of clementine flavour, with a touch of lemon for sharpness. I also piped the meringue because I wanted it to look pretty – those of you who follow me on Instagram will know I struggled to get this right too (I am never going to enter Bake Off, put it that way) but you could also just pile it on top, as is traditional.

So yeah, that’s me done with meringue pies for a while. You should make it though because it’s a very cool festive dessert and I think we forget how good meringue pie can be. Just leave me out of it.

Make the pastry by pulsing the flour and butter in the Vitamix until it resembles breadcrumbs. Add the sugar and salt plus the egg yolk beaten with a splash of water and pulse until it comes together. Scrape out, flatten into a small circle (this makes it easier to roll out later), wrap in clingfilm and refrigerate for 30 minutes.

During the time, make the curd by blitzing the zests and sugar in the Vitamix on variable 3, then add the eggs, juice, yolks and butter, bring the speed up to variable 10 and let it blend for 10 minutes, or until thickened.

Make the meringue by whipping the egg whites to soft peaks then adding in half the sugar, a half tablespoon at a time. Add the cornflour, then add the remaining sugar in the same way.

Preheat the oven to 180C and blind bake the pastry by placing a sheet of baking paper on top and filling it with baking beans, dried pulses or rice. Cook for 15 minutes then turn the oven down to 160C.

Briefly blitz the curd to make sure it’s still nice and hot (this will prevent the meringue from weeping when you put it on top) and pour it into the pastry case. Top with the meringue (start at the edges if you are piling it on and work inwards).

Bake for 20 minutes then leave to cool before serving.