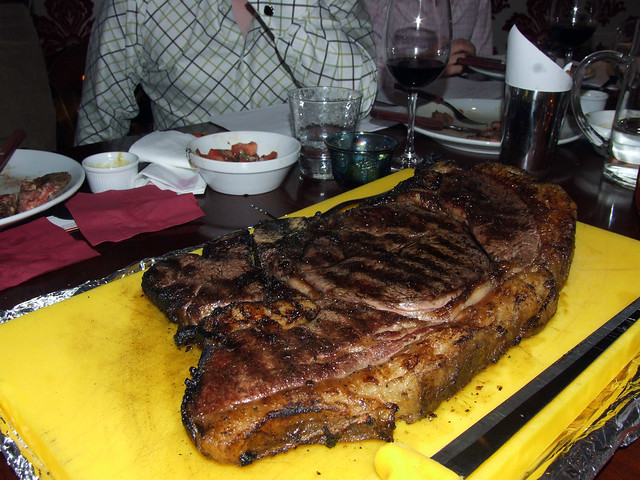 For me, Hawksmoor do the best steaks in London, hands down. Then, they managed to come up with what I consider the best burger too. Now, they are introducing a different guest breed each month in addition to their established Longhorns, so customers have the opportunity to compare them and, as Hawksmoor put it ‘savour the difference’.

So, all in the name of research, they asked a group of us to come over and sample numerous different breeds and cuts of steak. Are you kidding? You would have to be certifiably mad (or vegetarian, no link intended), to turn that one down. That evening then, we worked our way through 17 – yes 17 different steaks. It was basically what I imagine being in heaven must be like. 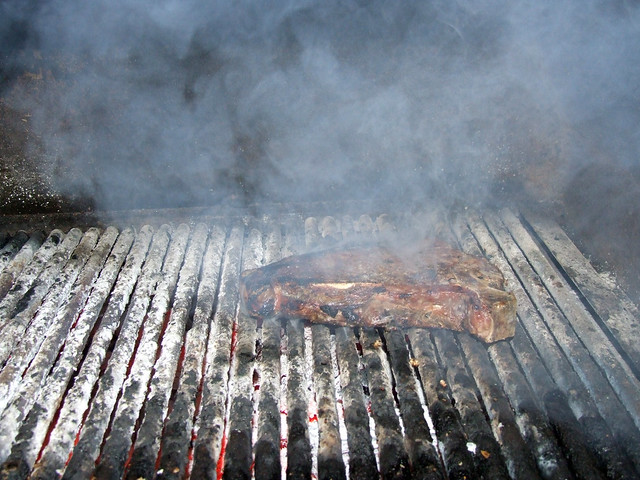 Before the meat fest got underway, we had a gander at the kitchen which is actually surprisingly small, with most of the space taken up by this massive charcoal grill. This is where the magic happens. Let the charring commence.

Our charming hosts for the evening, Will Beckett and Huw Gott were on hand to tell us everything we could possibly want to know about steak and I learned a lot – such as the difference between wet and dry ageing of beef. Wet is basically vacuum packed in plastic while dry aged beef is ‘hung’ and, although it may be loosely covered with muslin, it is not sealed in any way. Dry ageing is preferable as it gives a more deep, beefy flavour and soft texture but it also means that the beef shrinks, making it an unpopular method with the profit hungry. Hawksmoor of course, use only dry aged beef.

Now tantalisingly close to steak o’clock, we were provided with handy tasting sheets, which turned out to be absolutely essential as things started to get a little confusing after steak 9 or 10. 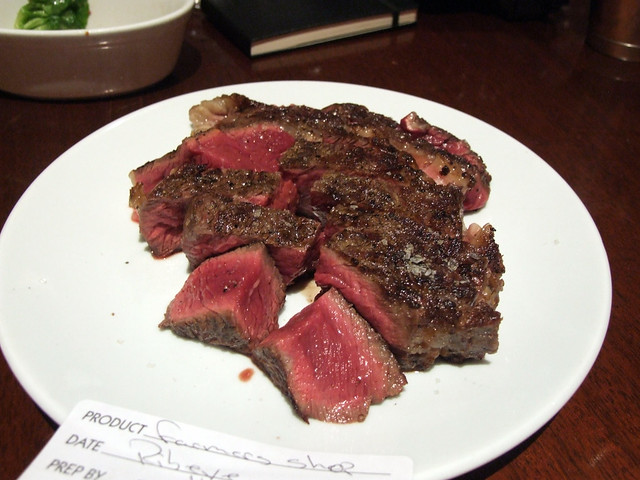 And then it started to arrive…and just kept on coming. We sampled 5 sirloins, 10 rib eyes, 1 rump chop and a flatiron. Almost all the steaks were cooked medium rare and, although I usually eat my steak rare, I think this was absolutely right for the tasting. The variation in colour between the steaks was extensive as was the difference in textures and flavours. Among my flavour tasting notes I have scribbled down words such as, ‘almost livery, deep, buttery, rich’ and for texture, ‘toothsome, tender, looser, soft, silky and smoky.’ 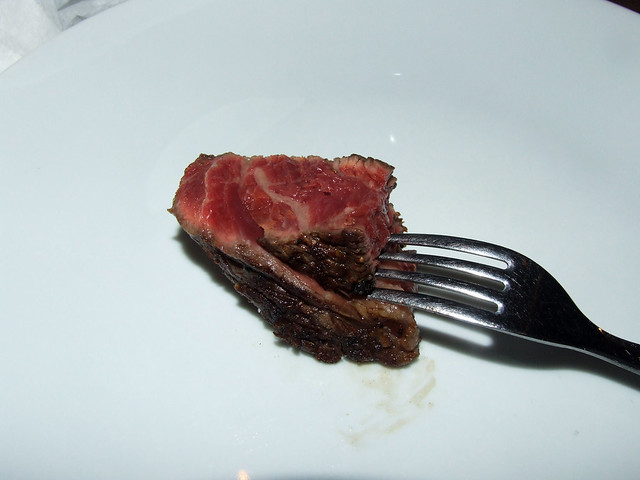 We eventually tried to narrow it down to a top three – here are mine. At number three, the Ginger Pig Longhorn sirloin cut, which had an almost gamey flavour and was nearly up there with my number two, the Wild Beef South Devon sirloin – very deep and beefy in flavour with a hugely satisfying bite. I have written underneath, ‘SO BEEFY!’ – I was clearly excited. The number one for me and I think many of us though was the Ginger Pig Longhorn rib eye. This had a really silky texture, was rich and moist and had lots of lovely fat running through it which our corner of the table agreed was actually cheesy – Stilton-like in flavour. Amazing. 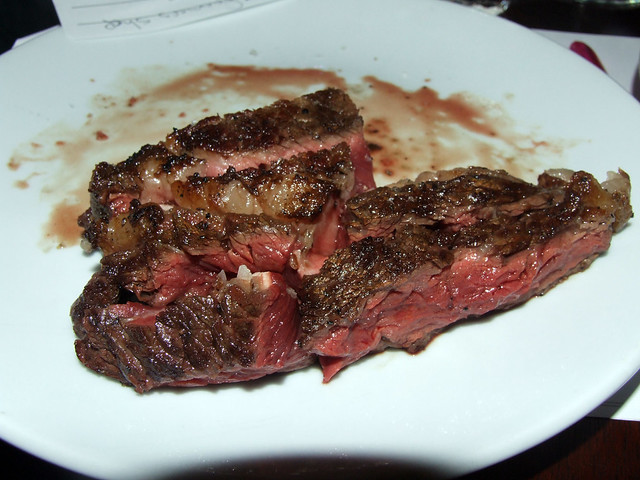 Along with all that meat we also devoured numerous bowls of salad, triple cooked chips and the most incredibly buttery béarnaise. Ooof.

After that truly epic meal, I must admit even my stomach of steel was beginning to feel a little fatigued. Thankfully I had remembered to wear a loose fitting top to go some way towards concealing the bloating. Despite our gorging however, my friend and I even managed to round off the meal with a Bompas and Parr designed pyramid jelly (even if we did spend more time wibbling it around than eating it) – now that is dedication. A massive thanks to Hawksmoor for such a fantastic evening – I honestly think I stumbled out on some sort of red meat high and it was totally worth the four days (porky visit to Szechuan restaurant aside) of vegetarianism afterwards.

As you can probably imagine, I have lots more pictures of steak – view them here. In Search of Perfect Buns at Byron