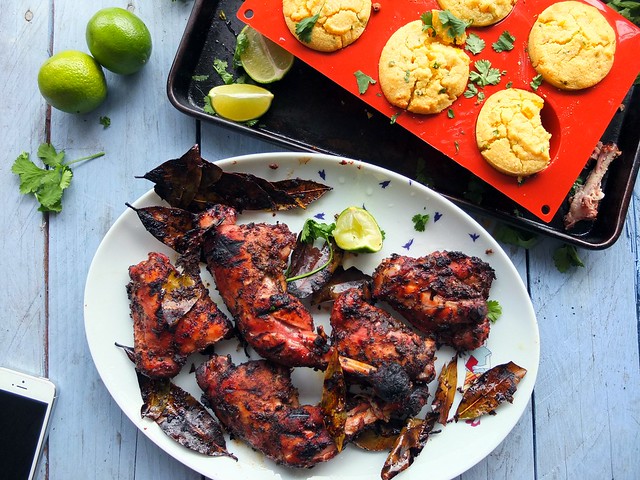 Almost looks a bit artfully food styley styley, that photo, doesn’t it? IT’S LIKE YOU DON’T EVEN KNOW ME. Then you clock the gnawed chicken bone on the right, the Iphone slung to the left and you realise, yeah it’s just a genuine mess on my table, actually. Wang it on there and chow down, as I believe they say on Downton Abbey.

I cooked this chicken on the BBQ, which is how I will be cooking all of my food until Monday, since I had what is known to all rational (urgh) and calm people as a GAS CRISIS. The flame in my oven started burning orange instead of the regular, non-panic-making blue, so faster than you could say ‘Google is the first port of call in a potentially serious situation’ I was reading combinations of words like ‘incomplete combustion’ and ‘carbon monoxide production’. It did at least explain why the ragamuffins took 40 minutes longer to cook than they should have done. Mmmm carbon monoxide laced corn muffins. Think I’ll probably need to get back to you with that recipe at a later date. Still ate them. Well, half of one; the rest are still on the balcony.

The chicken however was awesome and I want to tell you two pieces of information with regards to jerk chicken. The first is that this method of soaking bay leaves in water and making a little bed for the chicken with them on the grill is brilliant, and probably the closest we’ll ever get here to replicating the flavour of allspice wood. The second is that my jerk marinade has some new threads, designed by my old roomie, Vicki Brown. I love them. As soon as I get my arse in gear there will be a new shiny website for it too, but you know, I’ve got 99 problems right now, and potentially slipping away in a gas induced coma during the night is one of them*. Might take me a while to get around to that website thing. You can buy the marinade here as before though, in Persepolis in Peckham and possibly maybe shortly in some new exciting new places which I’m too scared to tell you about in case something goes wrong. 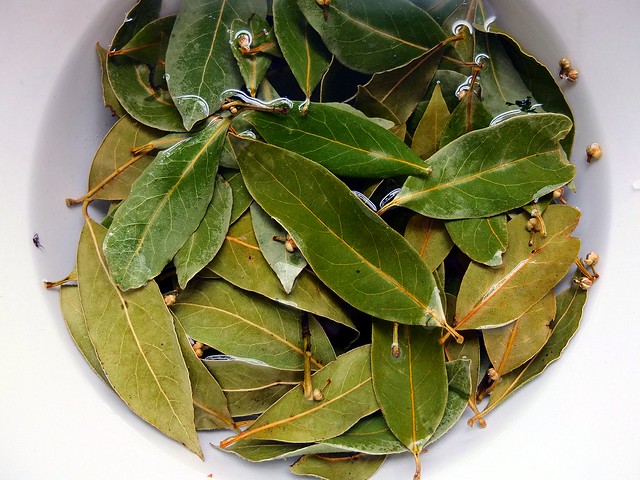 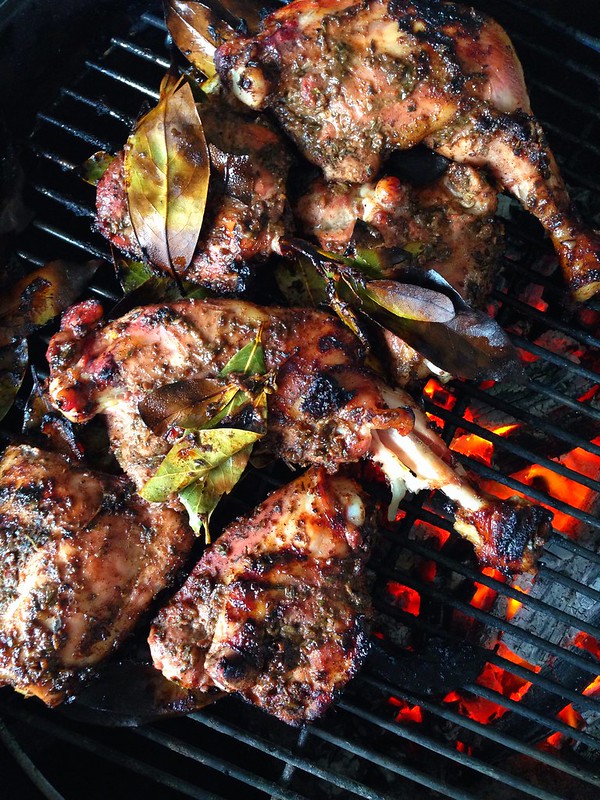 Left the house for the first time since I broke my

I call this ‘still life of a fish finger bânh m