When my boyfriend and I (nope, still haven’t found a satisfactory substitute for the word ‘boyfriend’) first got together, he lived in Paris. It was romantic of course and fun, at first, until we both realised that the Eurostar fares were mounting up, and actually, trekking backwards and forwards between two countries is no way to conduct a proper relationship. He moved back to London and the rest is history. The thing is, although I have very fond memories of shopping and cooking with him in Paris, I don’t have particularly positive memories of eating out – with him, before him, ever. It’s always been the same story really – tired bistros which everyone seems to rave about but in reality are mediocre, and, at the worst end of the scale, tinned vegetables and unbearable patronising service from waiters who consistently bring the haché cooked through, even though you know perfectly well they understood you asking for medium rare the first two times.

When I was invited to spend a weekend in Paris recently then, I was sceptical. Hugely so, yet I went anyway and was happily proved wrong. In parts. I had some genuinely lovely food and while I’m not suggesting we move back there any time soon (what’s a girl to do if she wants a pile of karahi lamb chops, or Singapore chilli crab or decent coffee or fresh milk at 3am or ANYTHING on a Monday), I had a thoroughly splendid two days getting hosed and putting away vast quantities of fat and milk proteins and now I am going to ruddy well tell you about it. 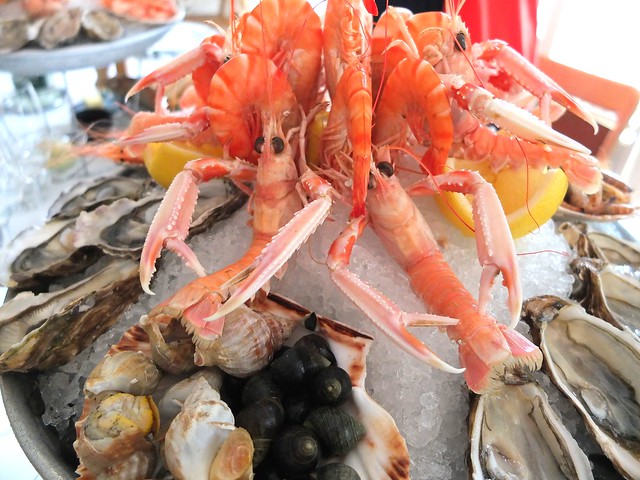 Forget about the bistros for a moment, and also forget about all those monumentally tossy and expensive places you hear about where people pay £400 a head without booze to feel like they’re on the bottom of Michel Roux Junior’s running shoe. Rech (Alain Ducasse) is really rather smart. It isn’t cheap, though, and it isn’t perfect. I have to immediately get the two amuses out of the way because they were bafflingly out of kilter with the rest of the meal. Shaved raw asparagus irritates me and is never anything less than dry and woody and I can truly, hand on heart say that I never wish to encounter a pile of finely chopped slimy sardine ever again. The rest though? Lovely, actually.

It’s all seafood, and we started with a fruits de mer which for me could be the beginning middle and end and I would go home a happy lady. There was a lobster dish which was nice, although under seasoned and honestly, I’d rather just have the lobster, a pot of aioli and a baguette. In fact, whack it on the fruits de mer for efficiency’s sake. Brill next, with morels and spinach. Hot damn I love a morel, and we ate our fill of those wrinkly, sauce-hogging caps in Paris that weekend.

A solitary Camembert came next. Bit confident, we thought. Bit cocky. Quite right too, as it turns out that Rech serves the best Camembert in the world, and yes, darling, I have had a few. Some skilful ageing had rendered it soft and friendly, not at all acerbic, but a little like the warm guff of my wormery after I put that bit of carpet on it to keep the worms warm in winter. Mmmm, worms.

Pud was also marvellous as you can see from the photos. Rech are famous for their ‘XL eclairs’ and I say they damn well should be. 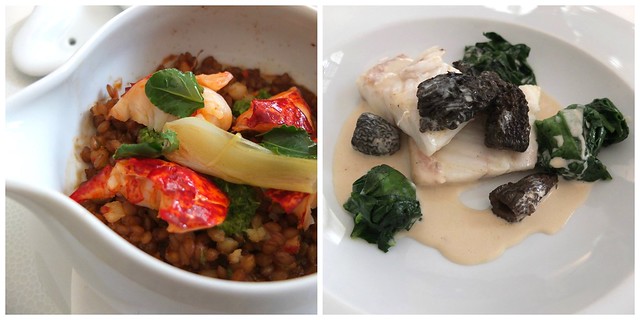 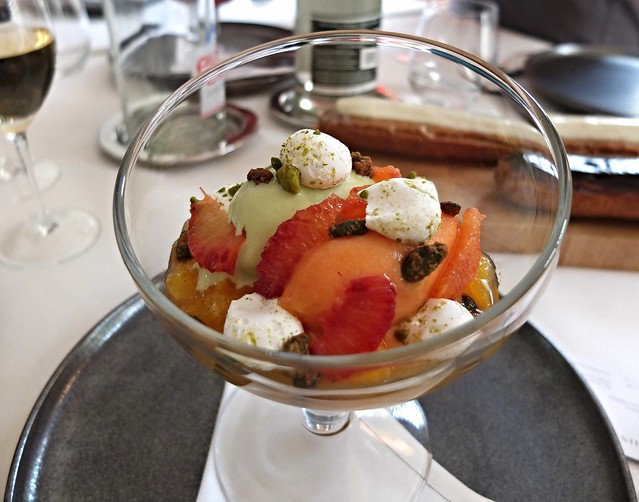 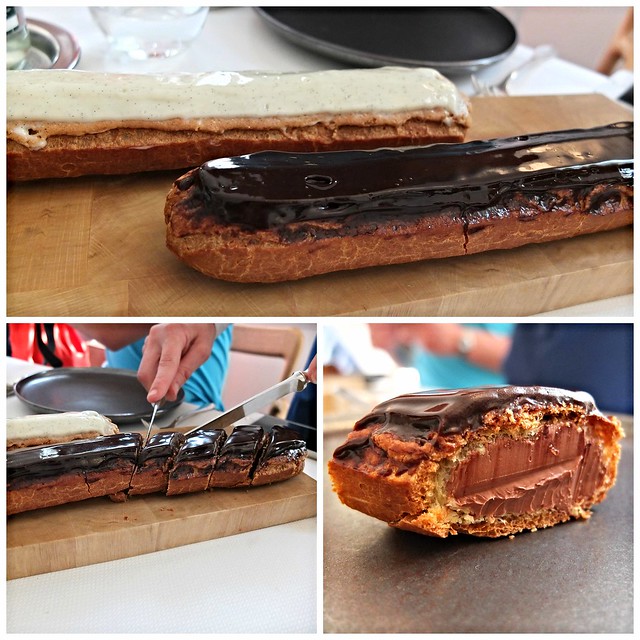 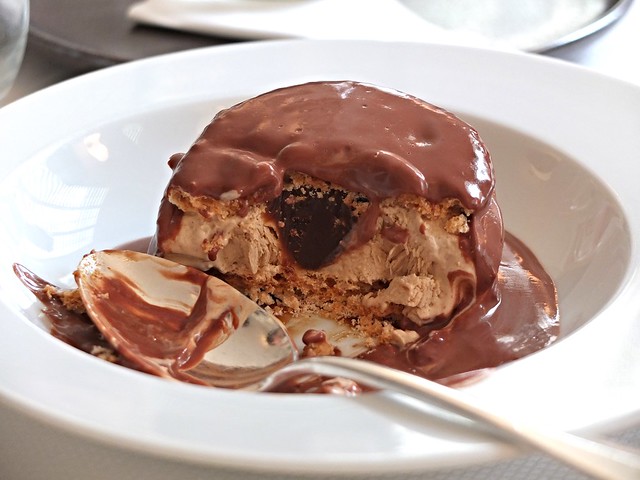 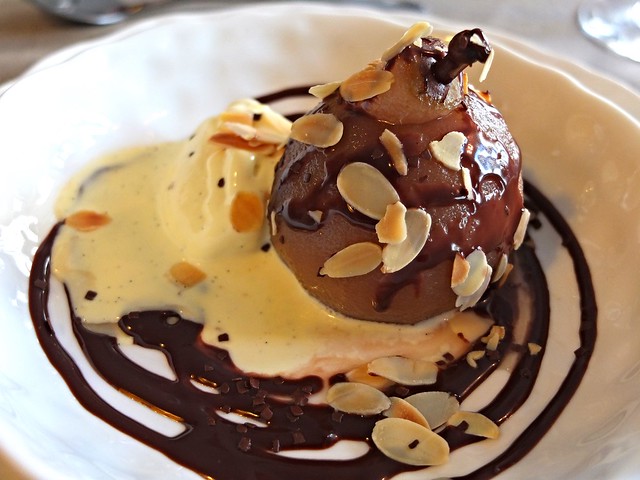 The success of these cooking classes always depends on what you’re cooking – I know, groundbreaking – and in that respect, I didn’t enjoy my time at Le Foodist as much as I did, say, cooking this magnificent beastie in Cornwall, but I still learnt a thing or two and had a good giggle. It’s not Le Foodist’s fault, for instance, that I really object to poached pears. Looks pretty though doesn’t it?

The best part of the class for me, was talking with Fred Pouillot (Le Foodist is his gig along with his wife Amanda), as he was warm, interesting, cheeky, and up for a laugh. You’ve also got to admire a man who has the chutzpah to put a very tired group of people to work making a hundred dinky orange and yellow balls out of vegetables. 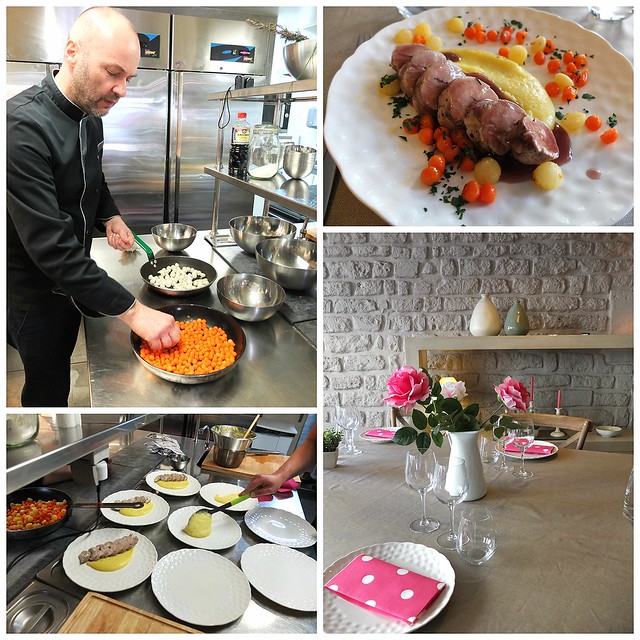 “See all these ‘local farmers’ selling ‘local produce’?” Fred, our guide from Le Foodist, asked, “well that’s total rubbish, because it’s all from the same farms, well outside Paris. Do you see any farms in Paris? No. There you go.”

I thought about this for a second, then considered the fact that much of my food in general travels across the country and that’s fine. Sometimes it travels from other countries, but that’s a whole new sack of wormy potatoes. 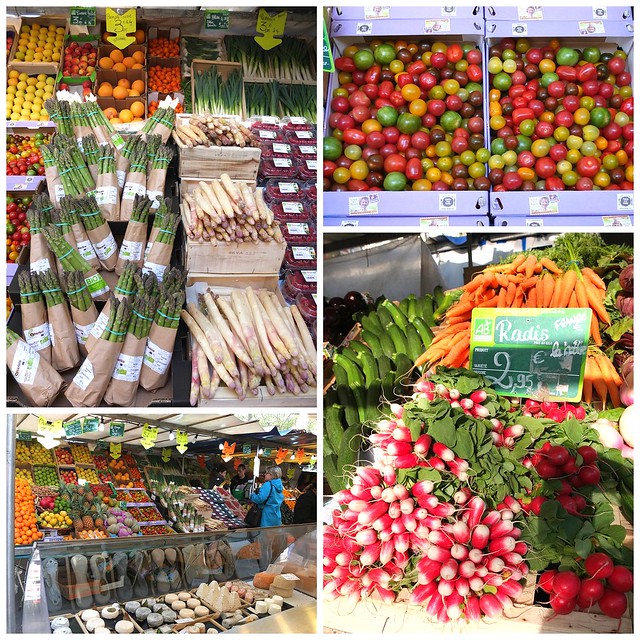 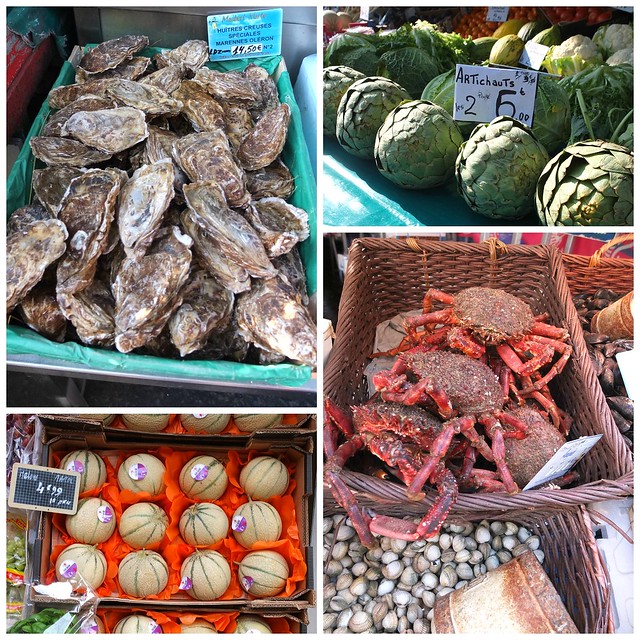 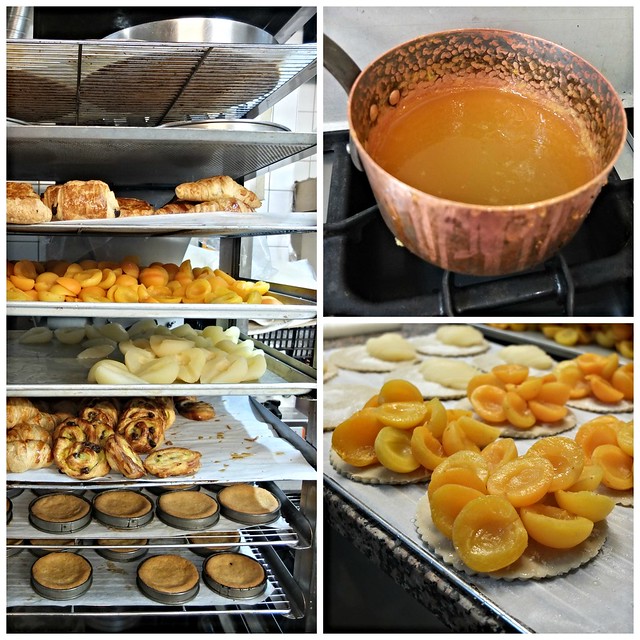 We visited Le Grenier à Pain, a bakery, to watch baguettes, Viennoiserie and patisserie being made. The baguettes were outstanding and the croissants flaky and light, leaving hands shiny with butter. I don’t generally eat croissants because I like to put extra butter inside them and it makes me feel a bit feral. The French though – very good at making croissants. Try them. 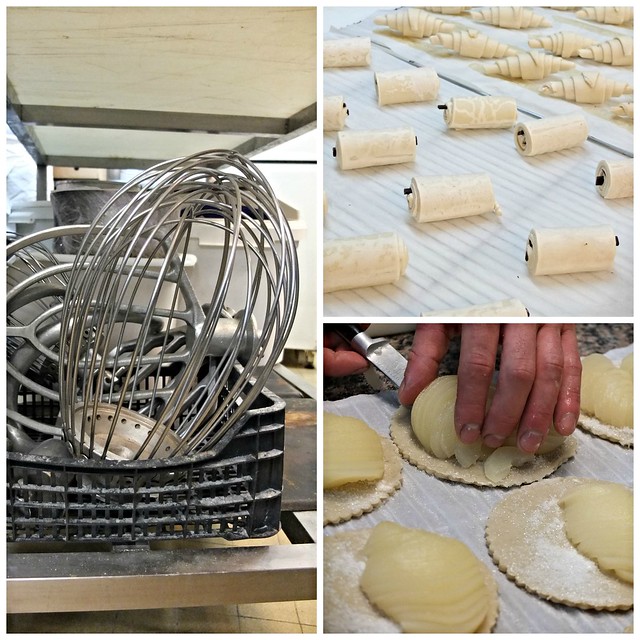 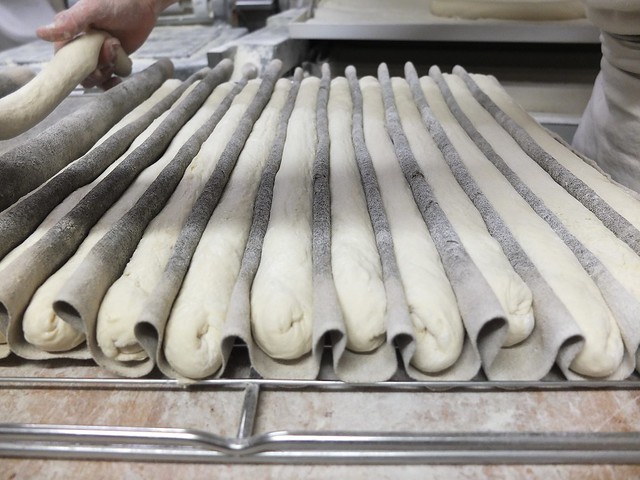 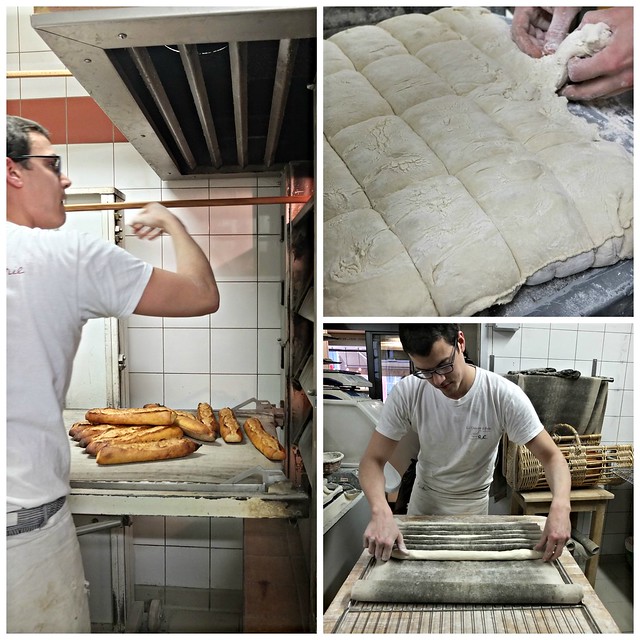 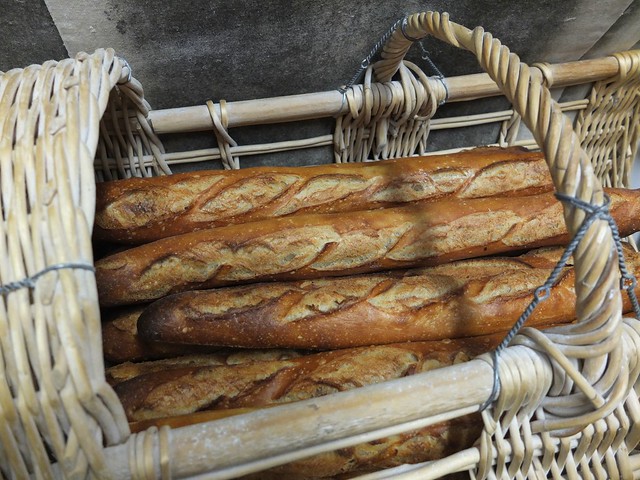 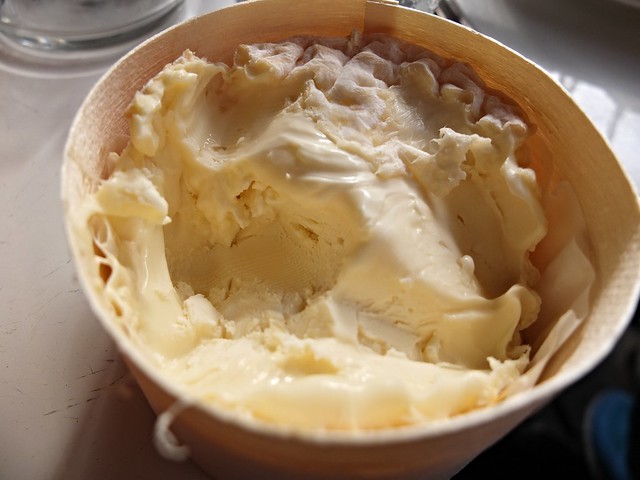 And the cheese! We do import, not to mention produce, an excellent range of cheeses in the UK, but I still do love a French cheese shop. I nearly fainted with pleasure in Fromagerie Laurent Dubois. The selection is always huge, and the cheeses at various stages of ripeness, and there seems to be a decent place on every damn corner. Yes we have great cheese shops in London, but they are certainly not everywhere.

I’ve been to a lot of wine tastings in my time – the kind where someone talks at you about viniculture and viticulture and smelling and tasting and all the jazz, and let me tell you, many of them are just another way for the person talking to listen to the sound of their own voice. Thierry Givone is extremely good at what he does however, and very importantly, he is likeable. I remember we laughed a lot. We also ate cheese (yes, again) and drank a lot of nice wines. It that sounds like your idea of a good time then check out the website.

I’ve seen some snooty comments online about La Régalade , which seem to be the result of people getting in a tiz about it being a mini-chain, with a set menu of sorts. The meal always starts with a whacking great country-style terrine for the table to share. I mean seriously, what’s not to like about chunks of fatty pig baked in a dish? Pickles were excellent and came with giant tweezers. I enjoyed this immensely and of course it was a job to reign oneself in before the main courses arrived, which in turn made me think about what happens to the leftovers. Do they chuck half a terrine away or do they just mix them all together at the end of the night? Best not to think too much about it.

Then there was an exceptionally good dish of asparagus in Comté sauce with more spongy morels, all frilly and wrinkly as fingers in the bath. Then, I was full. We also ate some cod, a piece of veal and a soufflé but I was too stuffed to appreciate it. Three courses for €34 though, and that terrine is there for the gorging. Excellent stuff. 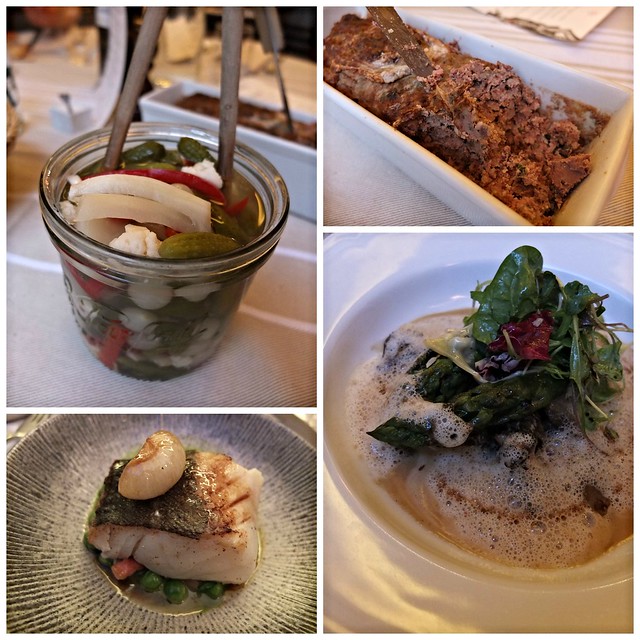 I travelled to Paris with the Paris Visitors Bureau. Tickets were provided by Eurostar and included Business Premier meals by Raymond Blanc. 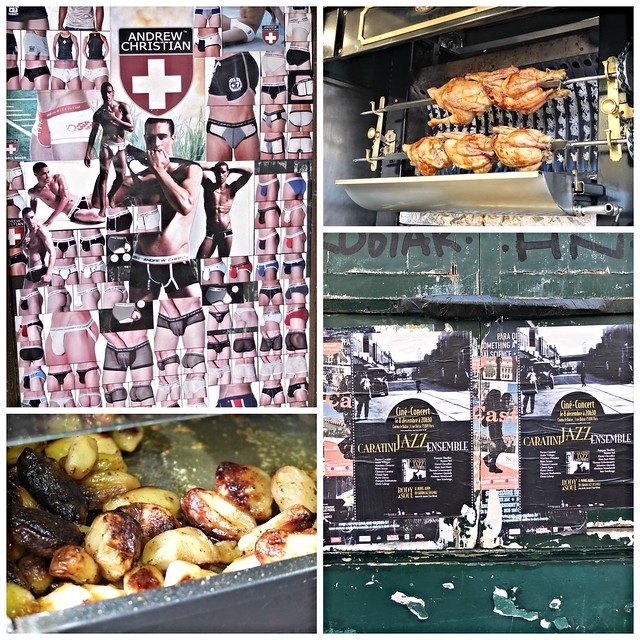