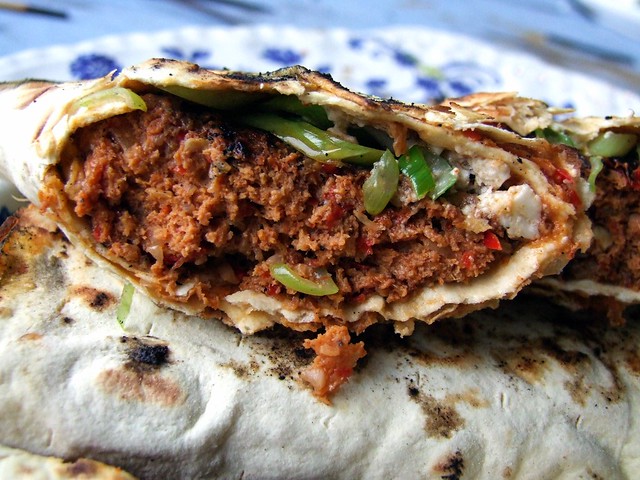 Since returning from an Istanbul > Beirut > Istanbul jaunt way back in April, I’ve barely scratched the surface in terms of recipes I want to re-create. Despite writing about lahmacun, yoghurt with celeriac, liver and onions Turkish stylee, and Turkish lamb meatballs with rhubarb, I am in no way through dealing with Istanbul, and I’ve barely started on you, Beirut, posting only about the marvellous man’oushe.

This recipe was inspired by a restaurant in Istanbul that actually, we didn’t much like. I think that happened once in our entire trip. It’s in Beyoglu, which seems to be the trendy bit of Istanbul. It’s also the area I enjoyed the least. It felt a bit young and hip and I dunno, I guess I’m really not the latter, because it’s just not the kind of atmosphere I enjoy when I’m exploring a new city. Is that weird? Maybe that’s weird. It is? How dare you! I’m very cool, it’s just that a thousand spaghetti-strapped women and block print embellished denim-ed men leaning around in bars playing Europop isn’t my idea of a good time. That’s a really unfair picture of Beyoglu in general, but perfectly accurate when it comes to the surroundings of this restaurant. The staff thought they were THE SHIT, too, prancing around like the restaurant floor was a fashion show or something. Totally aware that’s the kind of thing my mum said when I asked if I could have those high-heeled patent sling backs for my first year at Big School, but anyway.

They did one good thing, and that was to introduce us to adana kebabs rolled up into cigar shapes inside very thin bread. This is brilliant because you get the contrast between crisp bread and soft meat, but also because all the juiciness from the lamb soaks into the bread. This one dish made the whole sorry experience worthwhile. There’s also the opportunity to roll all sorts of other goodies inside with the meat of course, which I duly did…ranging from yoghurt, to feta, to spring onions. There was something else too but I’m not prepared to admit it.

It took a bit of experimenting to get the recipe right. Although the meat remained moist (there is a shit load of lovely fatty lamb in there after all…) they just weren’t QUITE juicy enough, so in the end I decided to cook the kebabs, before spreading the bread (lavash, by the way, it’s appropriately thin) very sparsely with some of the meat mixture, plonking the ‘bab onto it, rolling up, then commencing crisping. It does weird you out a bit, putting cooked meat on top of  raw, but it’s only for a moment and anyway, just get on with it. 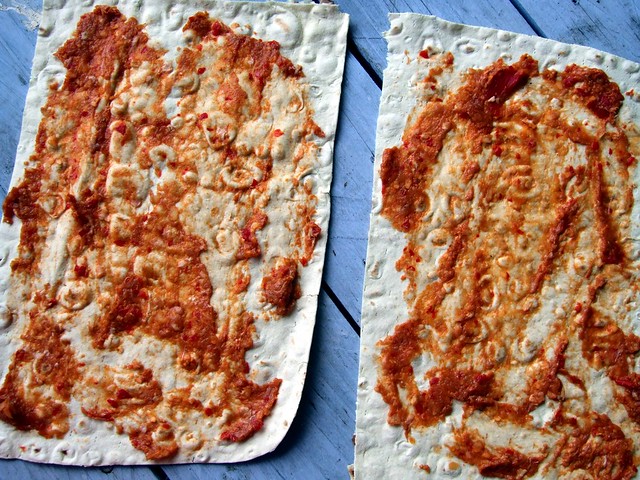 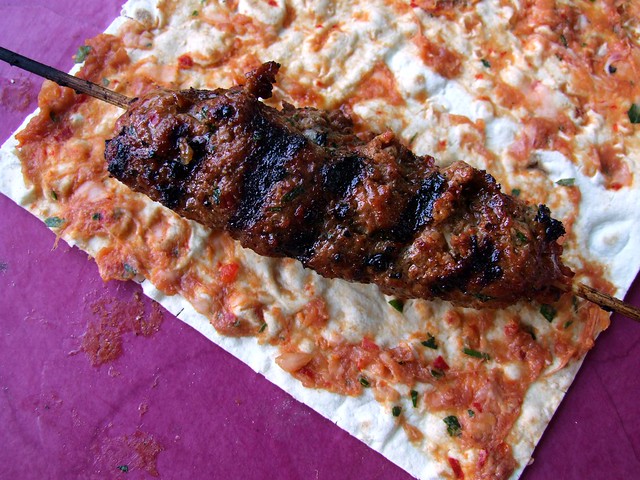 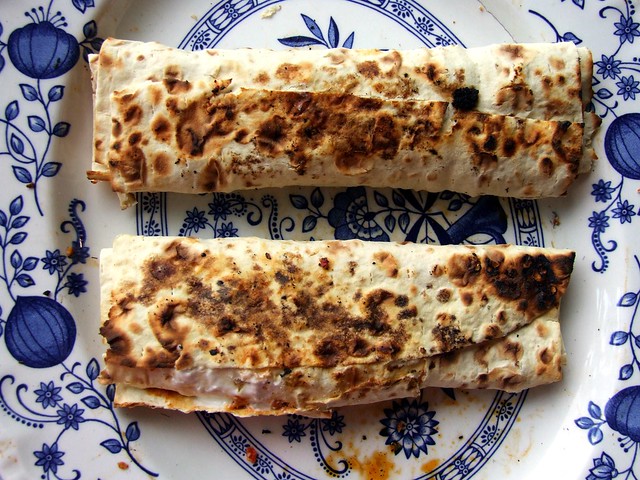 The other major change I’ve made with my adana is to add some Georgian ajika paste so this is a little bit fusion I suppose but come on, Turkey and Georgia are bordering countries. Ajika is a rather fierce chilli paste, which some dunce rather dopily describes on Wikipedia as ‘vindaloo strength’. It’s pretty hot, basically, but with an incredible flavour. It’s a magic ingredient, the kind of thing you end up chucking into all sorts of dishes. I’ll post my own recipe for it here soon. 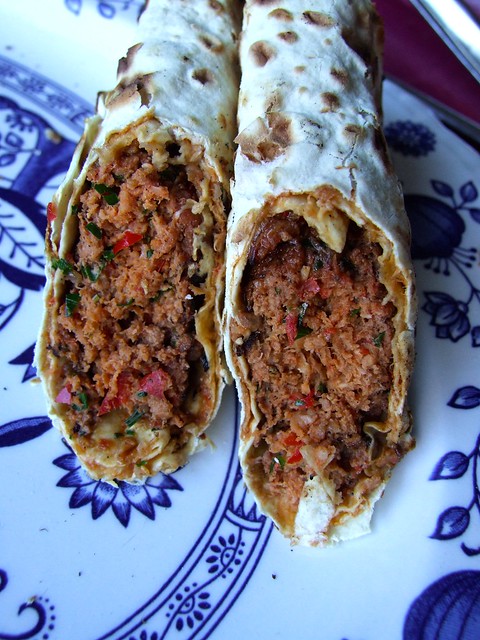 (makes about 6 kebabs, depending on size obviously)

Blitz the lean mince into a blender with the onion, pepper, ajika and garlic. Add the fatty mince. Season highly with salt and give the meat a really good mix, kneading it with your hands almost like bread for a few minutes. Refrigerate for an hour or so if you can before shaping onto soaked wooden skewers (the kebabs will be easier to turn if you use two per kebab), then refrigerate again. Reserve about a tablespoon of meat per kebab, for smearing on the flatbreads later.

When ready to cook, prep your BBQ, and when the coals are covered in white ash, sling those ‘babs on, they won’t take long – 5 mins each side. Don’t try to turn them until they’ve built up a crust or else they wills stick. Cut a piece of lavash large enough to encase each kebab (remember you’re rolling it up), smear this with a tablespoon of the reserved meat, then plonk your cooked ‘bab on top and add any cheese, yoghurt, spring onions you fancy and roll it up. Slap back onto the grill until crisp on each side.

I like to serve these with extra garlic yoghurt and huge plates of herbs.